Witches, bats, goblins, spooks – and that was just from Thursday’s Benghazi hearing. The week ahead promises to present us with even more Halloweenie stuff.

With Hilz now cleared for a full-bore campaign, expect Bubba to resume his role as Explainer-in-Chief, just like he did for the last totally unqualified Presidential Democratic candidate. 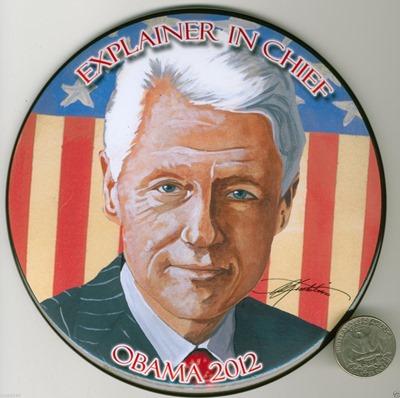 Here he is, in Des Moines yesterday, explaining why the little woman is your best choice this time around:

"When you elect a president you have got to say, 'Who is the person I think is most likely to keep big, bad things from happening and to make more good things happen?'" Clinton said. "I don't think it is a terribly close question."

Although I think SooperMexican summarized his wife’s qualifications better, in one graphic, last summer:

Well, I don’t think Bill really expected the answer to his question to be “Hillary Clinton” anyway. He expected it to be “Bill Clinton,” and that’s why he’s running a dual campaign: one for Hilz and one for himself, as the first First Laddie of the United States.

"There has been a lot of talk about breaking the glass ceiling," Clinton said. "I am tired of the stranglehold that women have had on the job of presidential spouse."

So vote for Hilz, not because she’s the most qualified butt because Bubba is. Because – just like last time –it’s always BOGO with the Clintons. 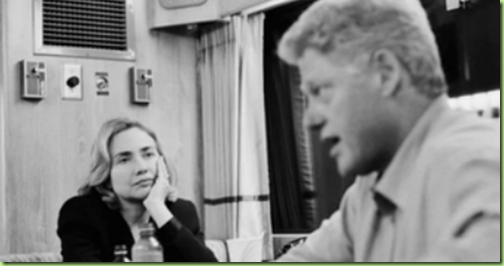 Lucky us; with the Clintons it’s always two-for-WON.