I’ll be boarding a C-130 early this morning and heading west to an undisclosed location where Raj and I will be undergoing our annual hi-tech systems checks and undertaking some major rehab projects. Which is to say there will be a complete radio blackout for a few hours as we do a fly-over.

So, while I’m out of contact, why don’t you reflect on Lady M’s ridiculously busy week:

First, her fugue in B&W minor with Beyoncé - which was billed as a Global Citizen Festival, whatever that is: 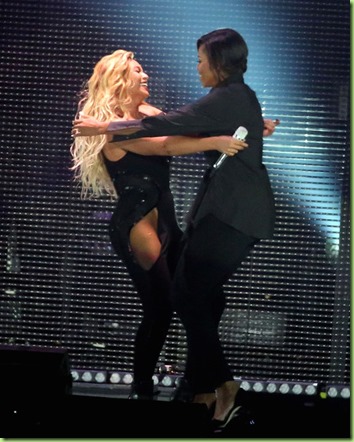 Then there was the girl power gig, where MO tried to convince girls to give up boys in favor of an education;

“There is no boy at this age that is cute enough or interesting enough to stop you from getting your education.” 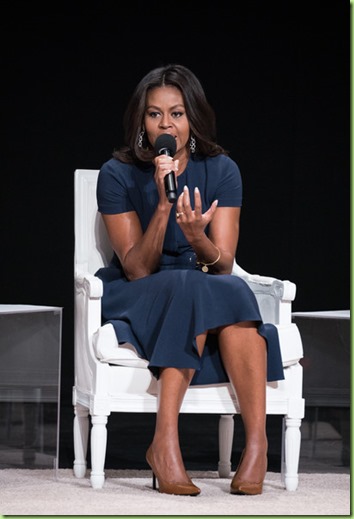 Poor MO, nobody told her it wasn’t an either/or proposition. I’m pretty sure even Princeton has had a coed campus (and dorms) for the better part of a half century, which means she could have had both a boyfriend and an ivy league education. Unless you’re LGB and/or T - and who isn’t? – in which case you could have a girl/boy; boy/girl - or any combination thereof - friend.

In any event, hooking up doesn’t seem to be getting in the way of a girl’s education these days:

While liberals love to talk about the War on Women, it clearly has not affected their educational prospects.

Butt you know, “war on women.”

Then there was the Chinese State Dinner, where in addition to serving as hostess she performed her wifely duties with aplomb – here she is trying to make sure that at least BHO’s tie was straight:

Reddit grabbed the pic and challenged people to “make it funny” – as if it wasn’t – and Reddit readers were happy to comply: 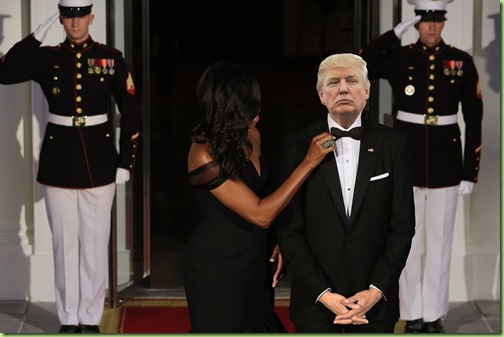 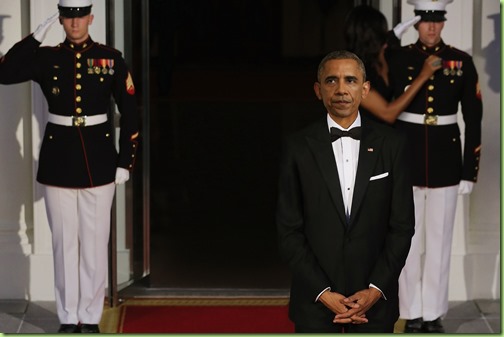 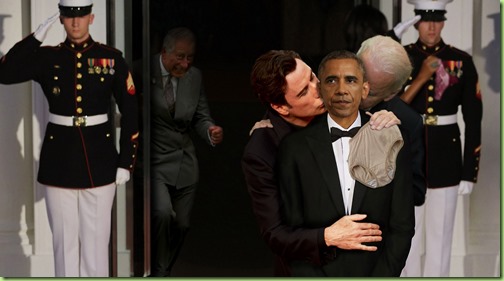 And, after all that, she still managed to find time to harvest the sweet potatoes! 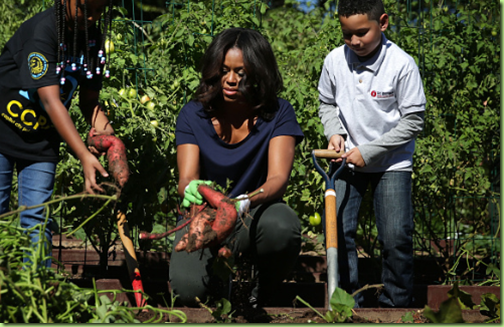 Wow! What a woman: that’s like bringin’ home the bacon and cookin’ it up in the pan!

And of course, sweet potatoes are good for you; especially with bacon: 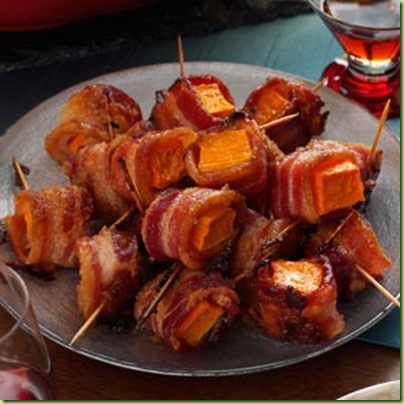 Enjoy! And don’t feel bad about spitting the pits out. They’re just there for looks.

{”MO tried to convince girls to give up boys;”}

Well, at least she took her own advice.

Another good thing you can do with sweet potatoes... they are a great addition to a black bean soup, especially if you throw some ham or bacon in there too!