It’s been a banner week for nerds:

A “science” nerd purchased a deconstructed alarm clock on EBay and brought it to school for show-and-tell and couldn’t figure out why everyone freaked out. 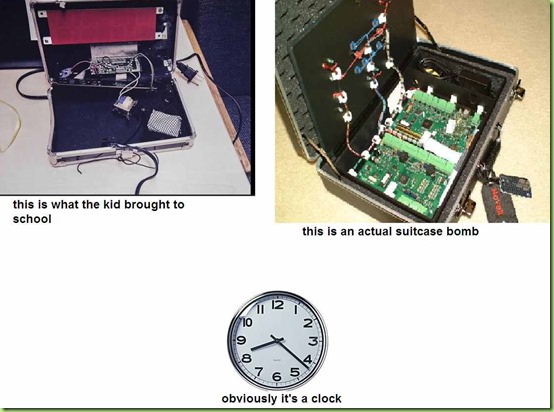 Ahmed and his Midnight Visitor

Even Bill Maher came down on the side of the school saying “People at the school thought it might be a bomb … because it looks exactly like a f*cking bomb,” thus proving definitively that even a broken clock is right twice a day.

Political nerds got into a macho “fist fight” at the GOP  Mackinac Conference. (H/T to journ0list nerds covering the story: it’s “Mack-in-Naw” not “Mack-in-Nack” Island) 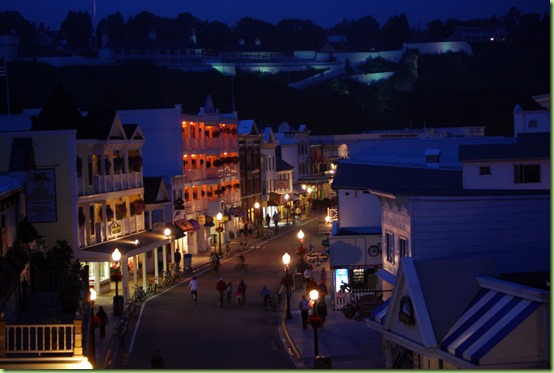 Midnight on Mackinac Island: a brawl’s about to break out

And then we had our own nerd celebration right here on MOTUS: UpNorthLurkin’s nerd tutorial on how to use simplified HTML tags to make magic in your Disqus comments:

For Bold, the letter is b, For Underline, it is u. Everything else (symbols) as just above

OK everyone? Got it? <i>text you want in italics</i> It’s really nerd magic! And for her super-nerd skill at training the MOTI in nerd magic Raj has prepared the following award which I now proudly present to UNL: 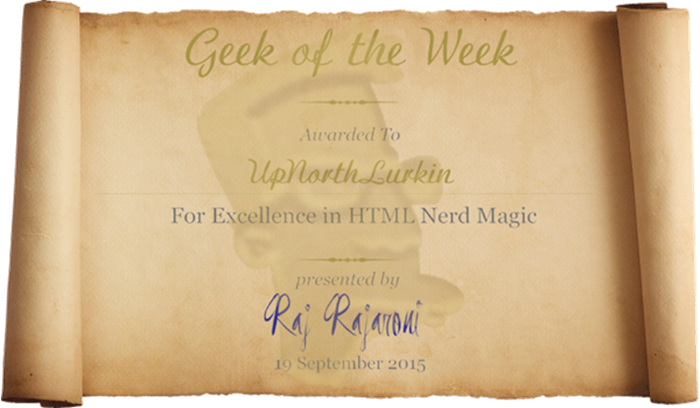 Congratulations UNL! You’re Geek of the Week - as determined by MOTUS’ head nerd and geek extraordinaire, Raj. Sorry, all decisions by the judges are final and not subject to review or recount. And here’s your medal: wear it with pride, you earned it yourself, nobody else did that for you.

And not to diminish your skills in any way, butt I should point out that there’s another nerd out there with impressive skills too: Grace Jones. She has nerd skills that have enabled her to live for 5000 years. Of course, the way things are going, some of us might consider that more of a curse than a skill. 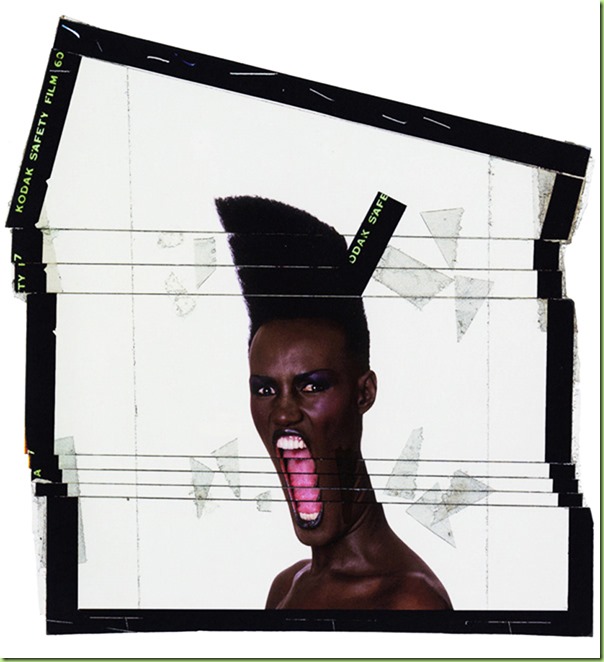 I am MOTUS, and I reassemble deconstructed reality in order to reflect it back to you. What’s your nerd skill?

Got stopped in Lafayette Park by a bicycle Park Police officer. What was in my flight case? Guess what - a saxophone.