Be sure to catch the latest blockbuster: Pork Chop Hill – now playing at a State Fair near you! 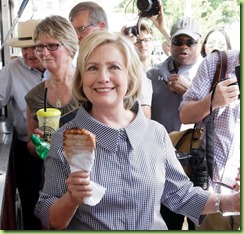 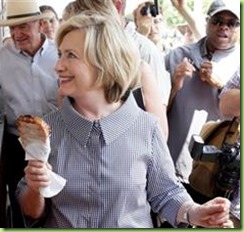 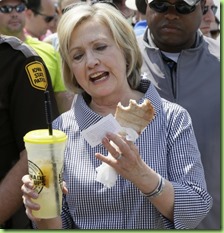 Hilz had another of her derivative Veni, Vidi, Vici moments at the Iowa State Fair this weekend. While biting into her pork-chop-on-a-stick she again denied any inappropriate behavior on her part regarding her wiped-clean email hard drive, blaming the Vast Right Wing Conspiracy for this witch hunt.

All I can say is ask Major Jason Brezler if it’s okay to send classified material – knowingly or unknowingly – over an unauthorized and unsecured communications channel. If your name isn’t “Clinton” you’ll be put through the meat grinder. 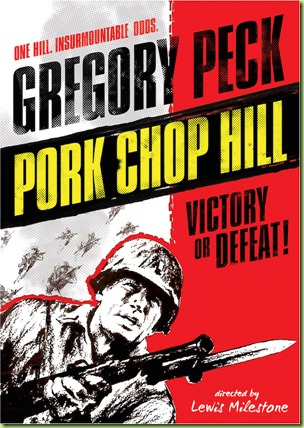 “Welcome to the meat grinder.”

“What do I care about this stinkin' hill?” – Franklin, Pork Chop Hill

The “Pork Chop” should shore up the Muslim vote! Nice choice Royal Thighness!

Her handlers did a good job on the left and middle pics. She looks almost human. The one on the right is the Hillery we all know. I can think of several scenarios in which she’s the next president. She may just be the president America deserves. Look around you some time: the tattoos, the piercings, the foul speech, the foul behavior, the empty churches, the gospel-less mega-churches... we should have known a long time that America is done.

Is Hillary drinking a large cop-o-pee?

Contrast these photos with other recent ones. Huma must have dialed up Dr. Feelgood on her speed dial.