Clinton has resisted relinquishing control of the server. In March, she said the server contained “personal communications from my husband and me.”

“I believe I have met all of my responsibilities, and the server will remain private,” she said then, in response to a question from a reporter about whether she would allow an independent party to examine the device. – WaPo

“So look, I had no idea my email contained any classified information.” 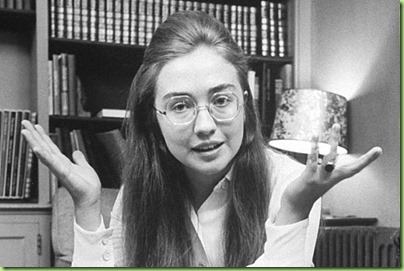 “I personally reviewed all of them myself and determined which ones should be turned over to the State Department. Again I repeat, NO CLASSIFIED INFORMATION! Got it?” 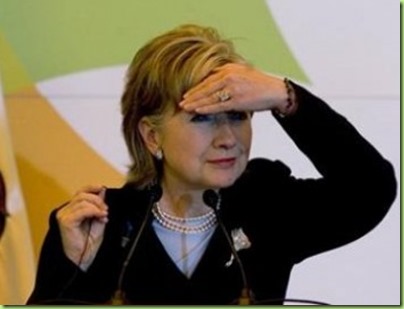 “So I will fight anyone who tries to get their hands on my personal server.” 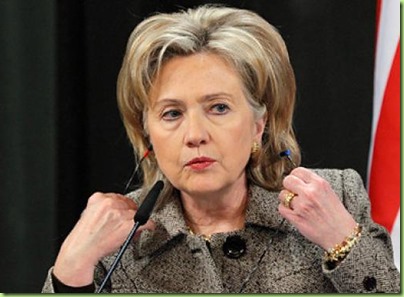 “How on earth was I supposed to know whether a document would be stamped ‘Top Secret’ at some later date?” 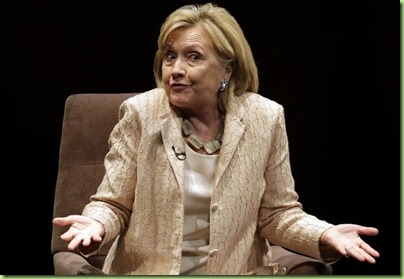 (NOTE: Before getting National Security Clearance, a de-briefing makes it clear that YOU are responsible for knowing what is classified and if you don’t know for sure you are to assume it IS classified.)

“So imagine my surprise when the FBI found supposedly ‘Top, Top Secret’ documents among my emails!” 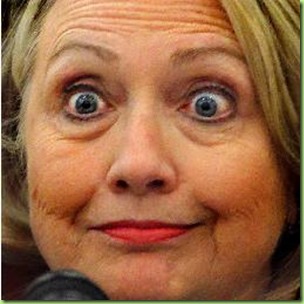 “No problems; I unplugged my computer.” 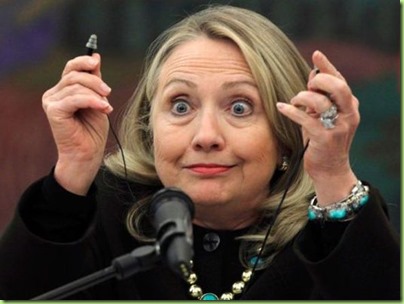 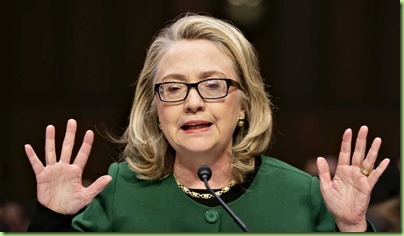 Hey, I’m just a girl, you can’t expect me to know how all this technological equipment works. Republican War on Women!” 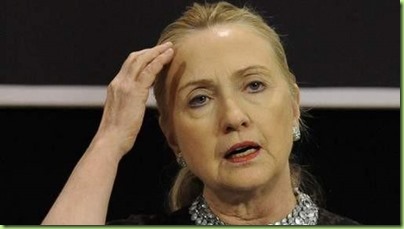 “So let’s not try to make a thing out of this, alright? It’s just a vast right wing conspiracy I tell you!” 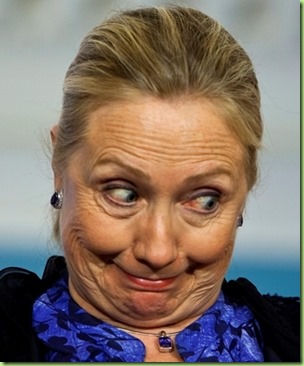 “Besides: What difference at this point does it make?” 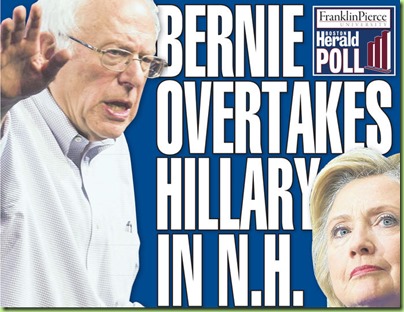 “How on earth was I supposed to know whether a document would be stamped ‘Top Secret’ at some later date?”

That is the most ignorant quote in the whole batch. Anyone who has ever worked with Top Secret/SCIF material knows that is not the way it works.

... " They were just real time high resolution images of the attack on Benghazi. Gee wiz, do we have to classify everything?

This problem is very serious, and we who know how serious it is can’t say why.

Our Government Agency’s, love’m or hate’m have spent million and millions of dollars trying to idiot proof our classified communications systems to prevent this type of release. I guess we just found the idiot that could break the system.

The bad guys also spend million and millions of whatever currency they use trying to break into these systems, Hillary is a real bargain .....for the other side

Trust me. She’s had plenty of time and money to doctor the hard drive. It’s worthless.

5 posted on 08/12/2015 6:14:01 AM PDT by umgud
[ Post Reply | Private Reply | To 1 | View Replies]
To: Ocoeeman
IS SHE THAT STUPID? Hillary doesn't even know the calendar and travel schedule of the Secy of State is considered classified information?

All of this is of paramount importance b/c it impinges on
US ntl security....... and the safety and security of Americans.

Now under FBI scrutiny, Colorado's Platte River Networks handled the Clintons' email accounts. It’s been confirmed by (1) the US inte community, and, (2) the office of the State Dept IG, that classified information was transmitted through Hillary’s private email account...and that Hillary deleted 1000's of emails prior to turning some over to the State Dept for record-keeping (as US law requires).

AMERICANS NEED TO KNOW ASAP who was allowed to see the data in Platte River Network and Kendall's possession?

POINTS TO PONDER: a cabinet-level government employee using their own server and personal e-mail exclusively is unheard of. It is considered a crime for ex-govt employees to have ntl security emails. All ntl security material belongs to the American people and is to be turned over upon termination of employment.

<><> a high government official (particularly the Secy of State) to utilize day to day a non-government computer for communications in the performance of their job is in violation of security laws in dozens of ways.

<><> whether marked as such, all emails emanating from Hillary's private server are classified ntl security data.

<><> the US govt tech system is really fussy----particularly about emails from the US State Dept.

<><> a govt official (particularly the Secy of State) cannot simply buy a brand new computer with licenses and programs and expect to have it certified.

<><> US govt officials are required to have a government-purchased computer, set up by the govt, utilizing a CACC card cleared technician.

Hoping someone who knows how will post the Facebook commercial showing the old ladies arguing with one saying: “That’s not how this works, that’s not how any of this works”

Usually when there is a spillage, which occurs when classified information is found on unclassified computers, every server and computer on that network is shut down until someone of authority can certify that the classified data has been contained, quarantined and cleaned.

That’s not how this works

There’s an Australian TV show, `Wentworth’, about women in prison, derived from a show called `Prisoner’ I believe.
I can see Hillary in the role of `Jacs’, ruthless and sadistic cell block chieftan.
She could satisfy her need to rule & dominate and hurt other people, with law abiding Americans safe from her depredations.