I see that Ferguson marked the anniversary of  the “murder” of the Gentle Giant with another “protest” of sorts.

One speaker, Yonasda Lonewolf, declared: “Mike Brown was murdered here. This was the epicenter of the movement of ‘black lives matter.’ We still cannot get justice.” She added, “It’s time for us to not seek justice but to demand justice.”

So it appears that Big Guy’s job is indeed done here: he has fundamentally transformed America back to 1967. 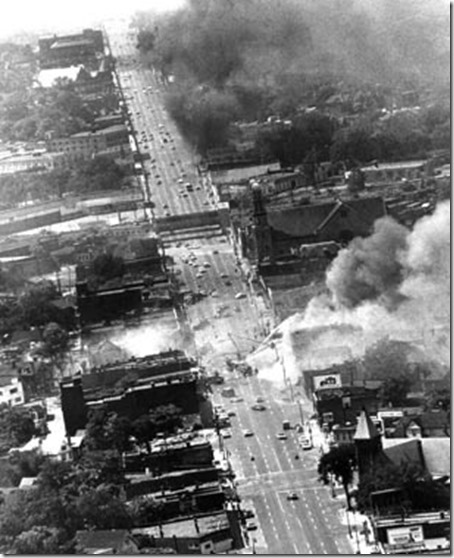 Since our country continues to be besieged by both domestic and international thugs and terrorists it seems wise to acknowledge that we live in dangerous times and plan accordingly. To that end, I turn today’s post over to  MOTUS’ Chief Security Officer, Little Mo, to discuss situational awareness and self defense techniques. Take it away, Little Mo. 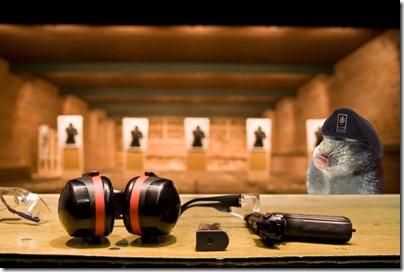 I am certain that everyone reading this is aware that on July 20, 2012, James Holmes violated Cinemark Theater’s “No Gun Fish-In-A-Barrel” policy (a topic for another day) and opened fire in the crowded Aurora movie theater, killing 12 and wounding 70. I am also certain that everyone reading this article would agree that no one in that theater imagined that something like that could ever happen to them. Bad things happen to good people in “safe” places every day.

This post is a reminder to stay alert to the potential danger around you, especially in places where you feel safe. We don’t want you to be paranoid, we want you to be prepared.

The first tool of safety and self defense is situational awareness:

Situational awareness is simply knowing what’s going on around you. It sounds easy in principle, but in reality requires much practice. And while it is taught to soldiers, law enforcement officers, and yes, government-trained assassins, it’s an important skill for civilians to learn as well. In a dangerous situation, being aware of a threat even seconds before everyone else can keep you and your loved ones safe. (Art of Manliness.com)

Your situational awareness kicks in automatically if you walk down a dark alley, but shuts off when you are in a “safe” familiar place like the grocery store parking lot at noon and you are talking to the kids or texting on your cell phone. This video sent to MOTUS by Blonde Gator effectively demonstrates how to apply situational awareness to the everyday occurrence of returning to your car in a parking lot. The lesson begins at about the 2:30 mark:

Simple, easy techniques which everyone can use to improve your situational awareness and safety with “alertness, time and distance.” If you don’t have one, a good self defense keychain is the Safety Cat, 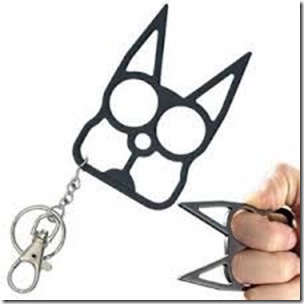 introduced to the MOTUS family by NoellesBootcutKittenpants. NOTE: The current Safety Cat offer on Amazon is $5.00/Safety Cat with flat rate shipping of $3.99 no matter how many Safety Cats are ordered. MOTUS bought them for all her friends and family. NOTE 2: Don’t take it with you to the airport.

This next video is an actual car jacking captured by a surveillance camera at a Detroit gas/convenience store.

The victim of this violent attack did everything right and lost nothing that can’t be replaced. Even if you are armed and well trained (topics for future posts), your best defense option is often retreat to safety.

One speaker, Yonasda Lonewolf, declared: “Mike Brown was murdered here. This was the epicenter of the movement of ‘black lives matter.’ We still cannot get justice.” She added, “It’s time for us to not seek justice but to demand justice.”

2 posted on 08/10/2015 5:44:10 AM PDT by cuban leaf (The US will not survive the obama presidency. The world may not either.)
[ Post Reply | Private Reply | To 1 | View Replies]
To: cuban leaf
Black lives matter only when a white cop is involved. Take a tally on any given day in any big city and you will see the invisible numbers not seen by the media or any person of color. Brown was killed because he needed to show his ability to be a gangmemeber by attempting to take the officers gun
3 posted on 08/10/2015 6:01:48 AM PDT by ronnie raygun
[ Post Reply | Private Reply | To 2 | View Replies]
To: NOBO2012