The President, First Lady Michelle Obama, and daughter Sasha departed from Andrews Air Force Base aboard Air Force One just before 5 p.m. National Security Advisor Susan Rice and senior advisor Valerie Jarrett are traveling with the family, as are the Obama family pets, Portuguese water dogs Bo and Sunny. - Politico 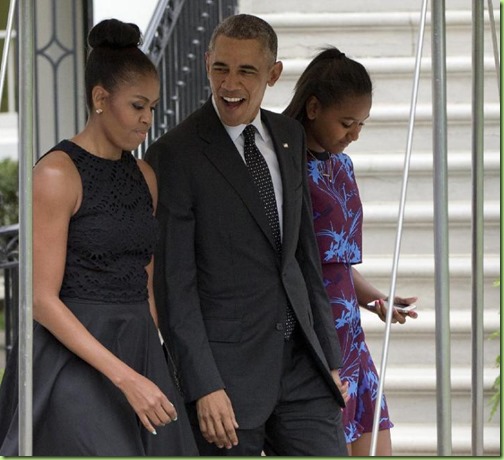 “SOS.  PU* hijacking me to the Vineyard!” 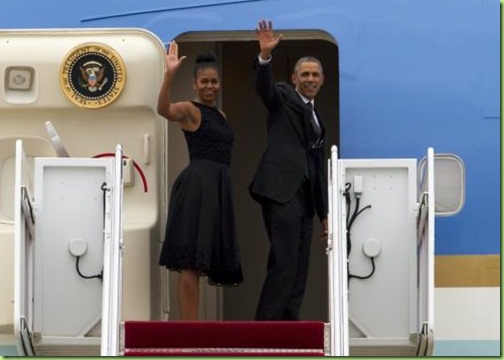 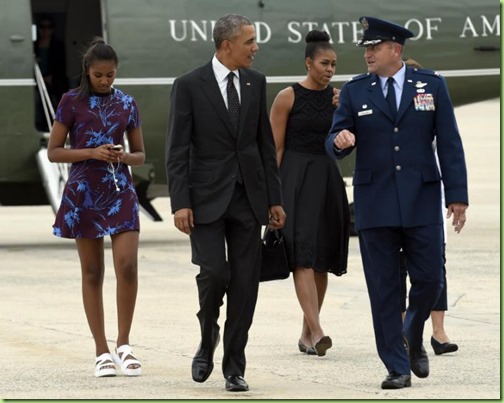 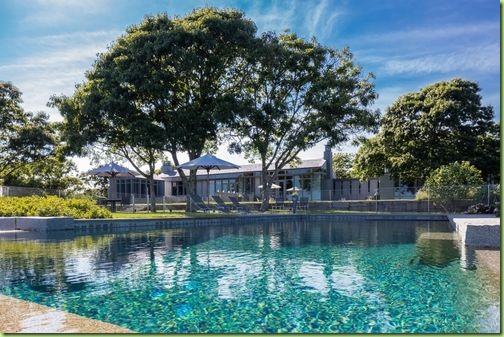 “This is where I’m being held. Send ransom.” #BringBackOurGirls 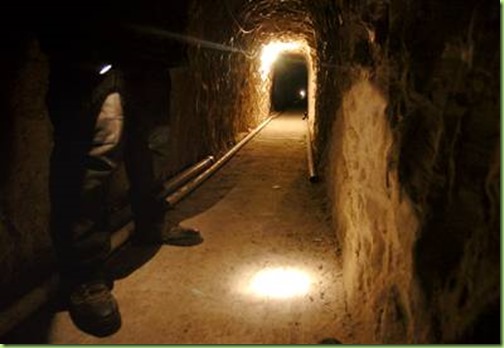 Maybe the cute SS guy will help me tunnel too the mainland. Send money for bribe. #HostageOnTheVineyard

Note: Wee Won One is still at large. She was last spotted working as a prop girl for Lena Dunham’s “The Girls” and is expected to be apprehended and returned to the compound soon. #BringBackOurGirls

TOPICS: Humor; Politics
KEYWORDS: marthasvineyard; obama
1 posted on 08/08/2015 7:18:27 AM PDT by NOBO2012
[ Post Reply | Private Reply | View Replies]
To: NOBO2012
The air-headed daughter looking down at her smartphone epitomizes what's wrong with the "yutes" in America.

I heard that one of Obama’s daughters was an intern on the set of that borderline pornographic program. It’s telling that the Obamas, as parents, think that is ok for their daughter.

People, not just kids, staring down at their smart devices. As Rush has said, heads full of mush. And everyday it gets exponentially worse.

You left out the automatic transmission.

First thing I noticed after the tranny. Doom.