Here’s one reason Republicans complain about lack of leadership in their party. John Boehner explains his ambitions on Golf TV: 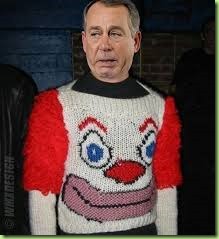 “I want to be head Bozo”

Some people were pushing me to run for the Senate. I decided I didn’t want to do that, and I made a decision that the rest of my career was gonna be in the US House. So the team said to me, “All right, well, the rest of your career’s gonna be in the House. What’s your goal?” I didn’t know! So I said, “Well, if you don’t shoot for the top (snickers), why shoot for anything?” So I set my goal to be speaker.”

Your goal in the House of Representatives was to be speaker? Remember when politicians used to have goals that involved their constituents? Or their party’s platform? Or at least they were smart enough to pretend their goals involved their constituents and party platform? More often than not these days, Democrats and Republicans alike are in it for what it means for them, not us.

Which explains why The Boner yearns for the days before talk radio and multiple news channels started to get into his kitchen:

Twenty years ago when, uh, we won the first Republican majority in 40 years, there was one radio talk show host that nobody'd ever heard of.  Uh, there was one cable news channel that just did news.  And you look at today, you've got hundreds of radio talk show hosts all trying to outdo themselves, right -- going further right and further right and further right. Uh, you've got all these cable news channels, and all they do are politics, and it's tending to either push or pull people into one of two camps.

Things were just better back then, when you could pretend to be a Republican and nobody ever questioned it. 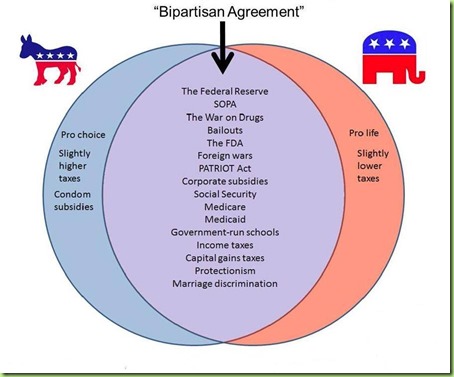 It’s not surprising then that the GOP can’t muster enough support to defund Planned Parenthood. Speaker Boehner is still too busy crying about the fact that he can’t play golf with Big Guy anymore because everyone will wonder what they’re cooking up; and it’s better nobody knows. 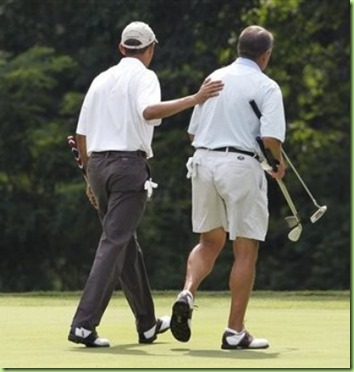 So next time the Boner whimpers, ask not for whom the Boner cries, he cries for himself. Always, and only. 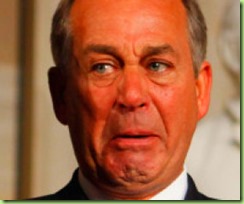 “Orange is the New Black”

“when you put on the nose, it SHOWS!”

Rush said the left would use Boehner’s words to attack.
Bam! Pow! Biff!

The Worst Speaker of the House in U.S. History and he is a Republican. That says a lot.

A “bozo” in carnival lingo is the guy who sits in the dunk tank.