You can’t blame people for demanding an apology from The Donald for his stupid shoot-from-the-lip comment. After all, groveling has become our default position ever since our Commander-in-Chief turned Apologizing for America into the country’s favorite pastime.

In Obama’s Amerika everybody and their grandmother apologizes at the drop of a hat for everything and anything that anyone might conceivably take offense at: sexism, homophobia, transgender insensitivity, Islamophobia, “cultural appropriation,” white privilege…or simply for putting cream in your coffee. 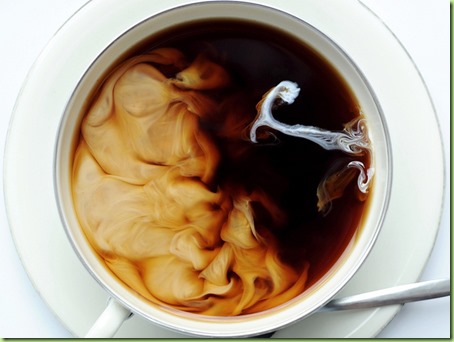 I see racism, cultural appropriation, and white privilege: what do you see?

Butt with The Donald this is the closest you’re going to get to an apology:

While it probably wouldn’t be a bad idea to acknowledging that his mouth might have gotten a bit ahead of his brain, I have to admit it’s refreshing to find someone who refuses to buy into the Great White American Apologia.  And it looks like I’m not the only one who thinks so.

How do you want your coffee? Black, thin and weak: 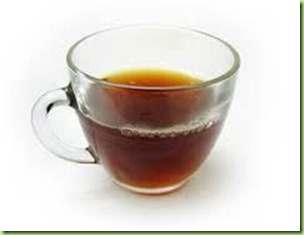 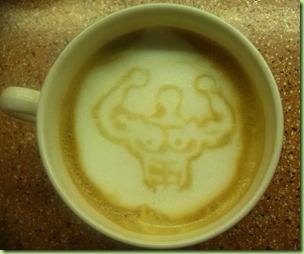 Did you watch the entire video of the exchange?

Most people who only watch the mainstream media weren't allowed to do so, but more importantly, their short attention spans would've prevented them from comprehending more than the 20 or so seconds served up anyway.

Keep in mind that this provided an opportunity for the media "to manage" the news:

1. Instead of focusing full attention on the Chattanooga murders, perpetrated by islamic militants, and enabled by lib politicians who disarm our "armed forces", it changes the subject so now 80% of the "news cycle" is devoted to having stern faced media morons come on and attack Trump. The dems and the GOP-e giggle like schoolgirls.

2. It also provides an opportunity for "approved candidates" like Rick Perry, whose current campaign has gone absolutely nowhere, to get airtime in a desperate attempt to gain some sort of traction.

Trump and Cruz are the only remaining viable candidates IMO.

And McLame deserves all the scorn that can be heaped upon his sorry ass.

You are correct. There are candidates in the field that, in the past, I would've enthusiastically supported, but now they seem to be falling over themselves to move left of the dems. They are stupid if they think they're going to capture the illegal immigrant vote, and they're certainly not going to hold the conservative vote.

5 posted on 07/21/2015 6:50:37 AM PDT by The Sons of Liberty ("Deliver us from evil ....")
[ Post Reply | Private Reply | To 4 | View Replies]
To: NOBO2012
After all, groveling has become our default position ever since our Commander-in-Chief turned Apologizing for America into the country’s favorite pastime.

For receptive, somewhat self-aware people and nations who are able to learn from their past mistakes, there is a time and a place for groveling, as well as a time limit.

Do you want to know why Donald Trump has done so well?

That clock has run out. We're done here.

You poke me with that stick again and your new name is going to be "Popsicle". You're right! I'd already forgotten about "Senor el Jebbo".

Here are the facts as we know them: