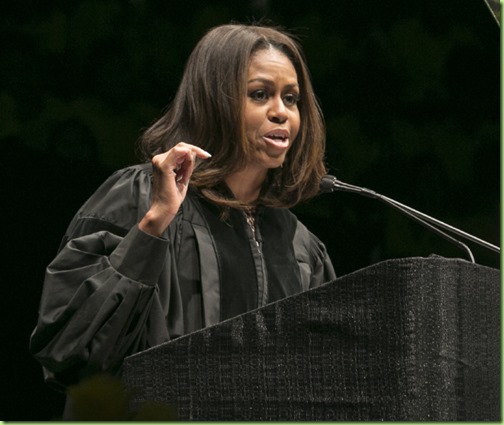 Did they win for their skill at filling out forms for free stuff, or because it’s the school where Hadiya Pendleton would have graduated this year - had she not been gunned down walking home from school by a white policeman a gang of thugs from the hood when she and her friends were mis-mistaken for a rival gang.

Either way, Lady M seized the moment to honor Hadiya and her classmates by doing what she does best, talking about herself and her schtruggles, before ending her speech with this:

“Graduates, starting today, it is your job to make sure that no one is ever again surprised by who we are and where we come from.”

From now on we will be left to wonder where her hair came from. And went. 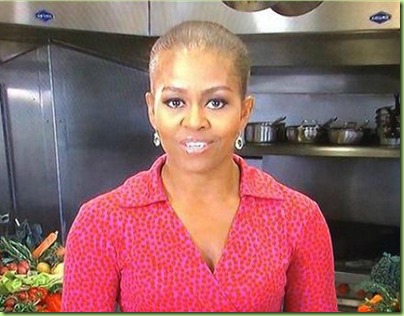 Is the irony of insinuating FLOTUS is something that can be “won” lost on the leftists? They often run afoul of their own PC and don’t realize it.

The FAFSA is just an application to determine eligibility. Unless you have prepaid college or are wealthy, almost every matriculating freshman has filled out a FAFSA.

As a white male, I filled it out but was offered very little.

Whoa, Moochelle does seem to suffer from female baldness. Thank Heaven for wigs.

She needs to bring on the full crown weave like that racist congresswoman Sheila Jackson Lee.

Good old Steering Wheel Head. Gotta love hair like that. The owner, no so much :-)