I need to power down for a bit this weekend, so I leave you with this to discuss amongst yourselves: From the Washington Free Beacon – some reporter had the audacity to press BHO on his waffling on the red line in Syria. So Big Guy schooled him on the fact that chlorine is just a toilet bowl cleanser:

“We have seen reports about the use of chlorine in bombs that had the effect of chemical weapons. Chlorine, chlorine, itself, historically has not been listed as a chemical weapon, but when it is used in this fashion, can be considered a prohibited use of that particular chemical,” President Obama said.

Except, umm, when it is a weapon of mass destruction:

And since we’re talking about certain inconsistencies of thought, here is your mandatory weekend reading assignment. There will be a pop quiz so be sure to read all of it: The Inconvenient Truth About Ghetto Communities’ Social Breakdown by the great Thomas Sowell.

You cannot take any people, of any color, and exempt them from the requirements of civilization — including work, behavioral standards, personal responsibility, and all the other basic things that the clever intelligentsia disdain — without ruinous consequences to them and to society at large.

Have a good weekend, peeps. If you have time, maybe you can bake some cookies for somebody you love. 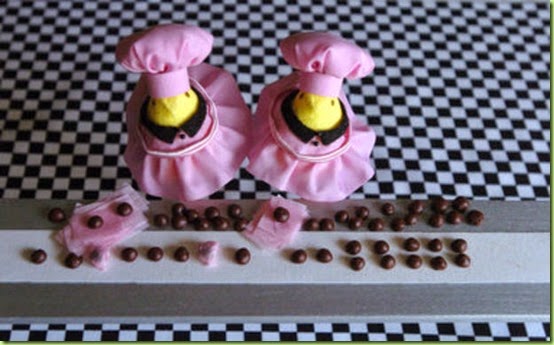 Just because chlorine in table salt is edible does not mean chlorine gas is not an historic chemical weapon.

So much for the quality edumacation of the ‘smartest man in the world’ or whatever. What a fumduck!

3 posted on 05/16/2015 8:58:53 AM PDT by W. (Many Disqus sites, Cheezburger.com and [The Internet] Archive.org all censor conservatives.)
[ Post Reply | Private Reply | To 1 | View Replies]
To: Olog-hai
Just because chlorine in table salt is edible does not mean chlorine gas is not an historic chemical weapon.

If someone were to start pouring bleach into public toilets the response to people then urinating in them would be dramatic, expensive and illuminating. AND NO, I AM NOT ADVOCATING THAT ANYONE DO THIS, IT WOULD BE DANGEROUS.

I got two sniffs on two different occasions....i landed in the hospital and have chronic asthma to this day....nasty nasty stuff

5 posted on 05/16/2015 9:52:41 AM PDT by Revelation 911
[ Post Reply | Private Reply | To 1 | View Replies]
To: Mastador1
I seem to recall that in WWI, a Canadian unit under the first/early chlorine gas attack were able to survive by urinating on handkerchiefs, and then breathing through them.

Guess there's a difference between gas, and liberating the gas from the hyperchlorite.

No I meant bleach, because the ammonia is added as urine, an especially bad situation for women who are much closer to the reaction.

When you think you smell chlorine, you are likely smelling chloramine.