Because it’s important to know what’s going on in your kitchen, we all need a good snitch.

And since the NSA, despite all their resources, recording all of our calls, emails and tweets and tracking us with our cell phones GPS, don’t seem able to provide that service even when they’re holding all the clues, I think that I should help out. To that end, I feel I should provide this old report from The Washington Times that reported who was pooping in Ferguson’s kitchen:

There’s a solitary man at the financial center of the Ferguson protest movement. No, it’s not victim Michael Brown or Officer Darren Wilson. It’s not even the Rev. Al Sharpton, despite his ubiquitous campaign on TV and the streets.

Rather, it’s liberal billionaire George Soros, who has built a business empire that dominates across the ocean in Europe while forging a political machine powered by nonprofit foundations that impacts American politics and policy, not unlike what he did with MoveOn.org.

Mr. Soros spurred the Ferguson protest movement through years of funding and mobilizing groups across the U.S., according to interviews with key players and financial records reviewed by The Washington Times.

Of course this report was promptly ignored until such time as there was occasion to raise it again as Baltimore burned. Which caused some to revisit the “seriousness of the charges” and report on what they found:

Tax records of the Soros funded group, Open Society, shows that Soros gave 33 million dollars in funding that kept the Ferguson riots going among other civil disobedience the group has funded.  Soros has used Open Society much as he has MoveOn.org to try to manipulate the discussions in order to push forward his plans for a socialist United States.

Kenneth Zimmerman, director of the Soros owned Open Society explains why they funded the Ferguson riots:

“Our DNA includes a belief that having people participate in government is indispensable to living in a more just, inclusive, democratic society.  Helping groups combine policy, research [and] data collection with community organizing feels very much the way our society becomes more accountable.”

The incidents, whether in Staten Island, Cleveland or Ferguson [or Baltimore], were spontaneous protests — we don’t have the ability to control or dictate what others say or choose to say.  But these circumstances focused people’s attention — and it became increasingly evident to the social justice groups involved that what a particular incident like Ferguson [or Baltimore] represents is a lack of accountability and a lack of democratic participation.”

Soros then used his other groups to fund scholarly works blaming conservatives for the actions as well as decimating that same information through his bought and paid for media campaigns of MoveOn.org and Think Progress.  He also feeds that information to like minded news organizations like PMSDNC, CNN, ABC, CBS, NBC and the New York Times.

During the Ferguson riots, Soros hired buses to take activists from his various organizations into Ferguson to try to keep and expand the ongoing riots.  Soros funded groups making the trip include but not limited to Samuel Dewitt Proctor Conference in Chicago; from the Drug Policy Alliance, Make the Road New York and Equal Justice USA from New York; from Sojourners, the Advancement Project and Center for Community Change in Washington; and networks from the Gamaliel Foundation.

So while ISIS is preparing to come poop in our kitchen, George Soros’ poopers continue to poop in kitchens across America at will. If you didn’t know better you might conclude they are both operating towards the same end.

And speaking of Death to America, or at least the American Justice system, there are some in Maryland who think what’s good for the goose is good for the gander…or, the other way around:

[Marilyn Mosby’s] case against the two arresting officers rests upon an “illegal” arrest.  She says the knife that Freddie Gray was carrying was legal.  But the police task force examined it and said the officers were indeed correct, the knife was spring-assisted and therefore prohibited.

It’s Mosby who made the “illegal” arrest, and could be charged under her own theory of “false imprisonment.” And sued to boot, since she forfeited her immunity from civil action by doing the charging herself. (link)

I’m going to say, if you can’t stand the heat, get out of the kitchen, lest you crap all over the place and make matters worse. IYKWIMAITYD. 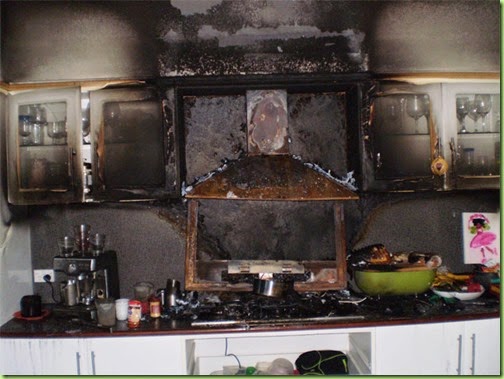 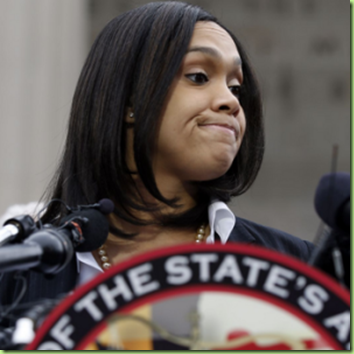 Ms. Mosby looks like she’s about to foul her own kitchen – oh wait, she already did.