Only 24 hours to go and it’s hard to say how the negotiations are going. Despite our good faith negotiating with Iran (i.e. faithfully promising to serve Iranian interests while running interference for them with the other European delegates) the Ayatollah’s team pulled a fast one at the last minute. Now they want to keep all of the enriched uranium they have been manufacturing for the past 5 years instead of giving it to Russia for safe keeping (Ha ha! That’s a good one too: “give it to Russia for ‘safe keeping’.”)

Not that Iran ever actually promised not to build nuclear bombs, We were just sooo HOPE-ing. Butt as midnight, Lausanne time, approached Jean Carré was very bummed. He had been trying to get a hold of Barry all day. 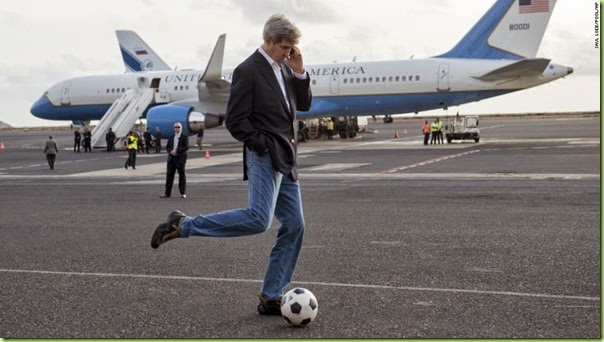 Jean Carré, last seen kicking the can down the road.

Unfortunately BO was too busy to take the call; he had bigger fish to fry. He had been on the links since early Sunday, even as many other Christians were still attending Palm Sunday services.

Obama was joined for his round of golf Sunday by Jim Crane, who owns the Floridian. Crane is a major Democratic donor who also owns the Houston Astros and golfed with Obama and Tiger Woods in 2013. He's also a major player in the Texas energy industry.

Also in Obama's foursome is Milton Carroll. He's on the board of directors of Halliburton, the oil company closely associated with former Republican Vice President Dick Cheney.

What’s going on with this group of old, rich, white guys? A private equity investor – like Mitt Romney? A Texas energy magnate…really?  And Milt Carroll, member of the Halliburton board – the abominable Halliburton? Why, they practically invented fracking! What’s going on here? Are we secretly planning another war that Congress doesn’t know about? Or is it just about money?

I’m going with the money. Because it’s always about the money. Right? 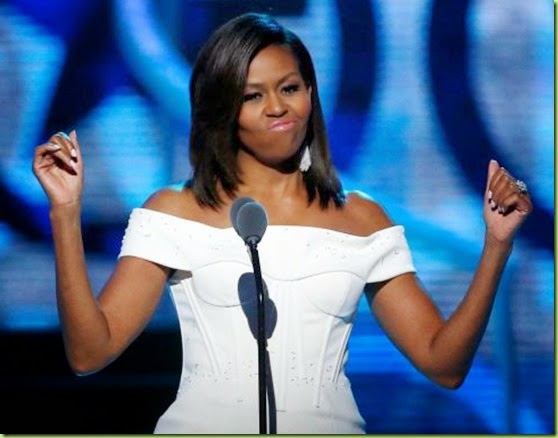 And if it isn’t the money, it’s the amount.

You don’t suppose Iran is getting more money from somebody else?