Elections have consequences, just ask BO if you don’t believe me. So far, Israel’s election has had these consequences:

Of all of the consequences, that last one, the “Individual Voting Mandate,” probably has the longest legs.

President Obama, whose party was trounced in last year’s midterm election due in part to poor turnout among Democrats, endorsed the idea of mandatory voting Wednesday.

“It would be transformative if everybody voted,” Mr. Obama said during a town-hall event in Cleveland. “That would counteract [campaign] money more than anything. If everybody voted, then it would completely change the political map in this country.” 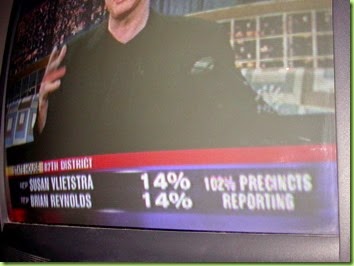 Especially if all 102% of the precincts report election results.

I know what you’re thinking; “MOTUS, can the government actually pass a law that makes us do something we don’t want to do?” YES! Big Guy learned from Justice John Roberts that we don’t actually “make you do what we want,” we just tax the crap out of you if you don’t.

It could also deal with the pesky issue of campaign financing that BO finds so troublesome,

“We have to think about what are other creative ways to reduce the influence of money,” he said. “There are other ways for us to think creatively.” 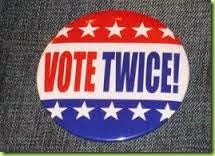 And once we make it mandatory, it could also help eliminating that pesky 1% that Bo also finds troublesome. 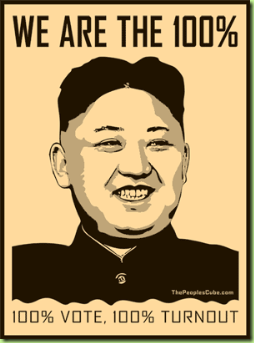 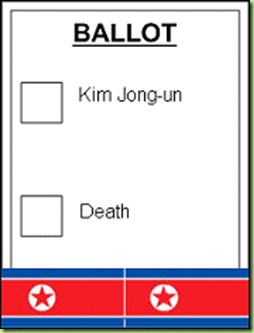 Is that not brilliant!? If Big Guy decides to run for a historic first-black=President third term, he could actually win a historic 105% of the vote (because underprivileged first time voters will get extra-credit just for showing up). Go ahead, pick a card. It’s your extra-credit for being here.

Airhead sloooooow Joe given summed it up......
When he blurted out.... illegals are the future of the party...
More opportunity for notorious dem voter fraud...
And buying votes with free sxxt..for the folks

Obama wants total control over the 30 million illegals he wants legalized. He has to make sure they don’t stay home, so he’ll give them all these entitlements, and then make sure they get to the polls to vote for the Democraps. Good little dictatorship under Obama.

[Zero], whose party was trounced in last year's midterm election due in part to poor turnout among Democrats, endorsed the idea of mandatory voting Wednesday. "It would be transformative if everybody voted... That would counteract [campaign] money more than anything. If everybody voted, then it would completely change the political map in this country."

Heh, yeah, the turnout in Israel was percentage points higher this year than it was two years ago, into the 70s. Making US voting mandatory -- which is one of the stupid ideas of all time -- would create a giant backlash against the Demwits. This reminds me of the likely consequences of the Electoral College "reform" being passed in various blue states, the result of which would be that predominantly blue states -- such as top-4 finisher California -- would see a surge in turnout that would persistently tip the POTUS race into the red, leading to a nationwide implosion of red voting. IOW, bring it on!
6 posted on 03/19/2015 9:22:43 AM PDT by SunkenCiv (What do we want? REGIME CHANGE! When do we want it? NOW!)
[ Post Reply | Private Reply | View Replies]