As a special Pi ("π") Day tribute to Common Core math, I’ve developed a little CC story problem for you to solve:

Air Force Won leaves Washington D.C., flying west at 540 miles/hour. On board are Big Guy, TOTUS, twenty-one (21) SS Storm Troopers and the Beast (not that one, the car).

If Lady M dresses for her appearance on the Ellen show forty-one (41) minutes prior to landing, how many CO2 number bonds will it take to convince the rightwing global warming deniers that

the earth is not flat and that the Iranian Nukes for Peace deal is a good idea?

Hint: don’t forget to use pi ("π") in calculating your answer.

My test question is based on an assumed fact: that Air Force Won isn’t large enough to accommodate the entire First Family and their respective entourages. 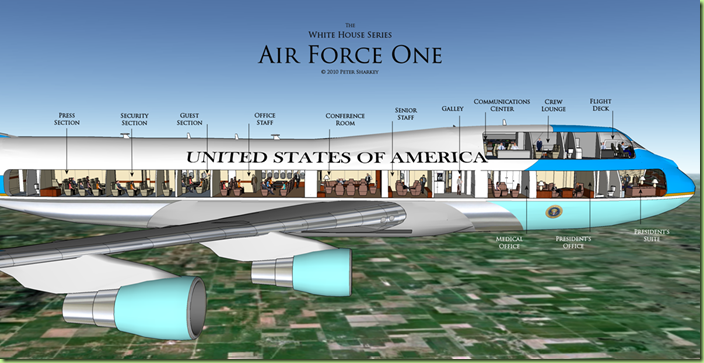 So it took two planes to get POTUS and FLOTUS  to their respective TV gigs; Big Guy to kibitz (can I still say that?) on Jimmy Kimmel:

And Lady M to dance with Ellen Degeneres (thanks, DeniseVB, for ruining everyone’s Friday evening with this yesterday):

At the current cost of $228,288 per hour to operate Air Force Won, calculate the “cool” factor of BO and MO, respectively, based on their comings and goings for the past 6 years, 2 months and 14 days.

Hint: be sure to subtract the cost of the flight over the Statue of Liberty, in number bonds, as that was strictly for official public relations purposes. And again, don’t forget to use pi ("π")  in your calculation. 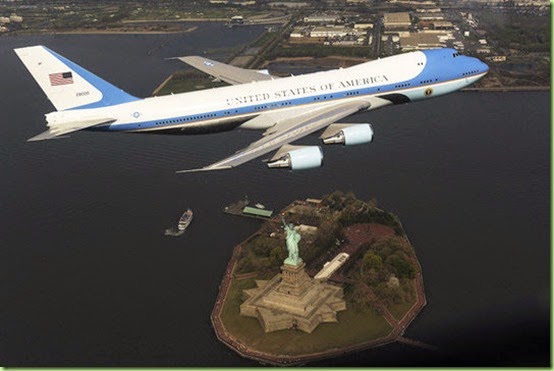 Be There Or Be Sqquare The date and time can never equal PI.

God Save the Republic!

Seriously, people listen to that?