NOW we find out that nobody even read Hills’ deleted emails? They just deemed them to be personal? Since when can you even do that?

Naturally, that prompted the inevitable comparisons like this, from Big Fur Hat at iOTW: 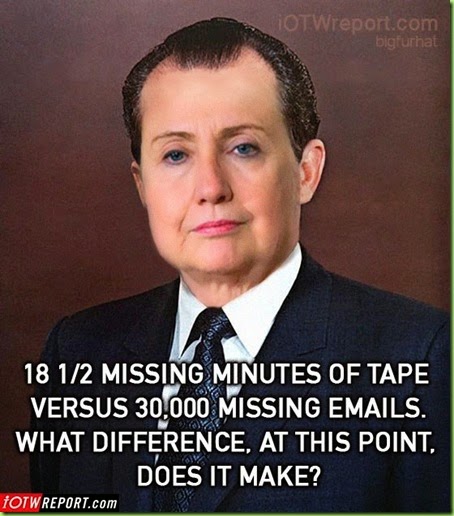 And the accompanying commentary is even worse; like this, from “Tim”

It might actually be time to shift our attention back to something we’re all more, well, used to; Lady M, celebrating another foreign holiday, this time the Persian New Year: 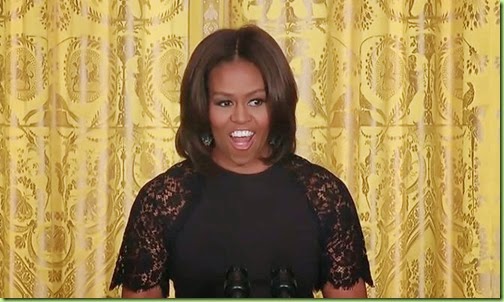 “For more than 3,000 years, families and communities in the Middle East, Asia, and all around the world, including here in the United States, have celebrated this holiday to mark the renewal of the earth in springtime -- and we’re finally feeling spring!  Yay for that!  (Applause.)…”

Only we used to call it “Easter.”

“And just like in many of your homes, we have created our own White House Haft-Seen.  As you all know, Haft-Seen essentially means “Seven S’s,” and each “S” represents a different hope for the New Year -- a hope for blessings like patience and love and sweetness.  For example, we’ve got grass sprouts that represent rebirth and renewal of nature.  We’ve got an apple for health and beauty.  We have crushed berry spice that represents the sunrise and the spice of life.”

That sounds just like the new school lunches, minus the symbolism.

“So I hope that you guys will make yourselves at home.”

And now, a message from one of the guys who made himself at home: 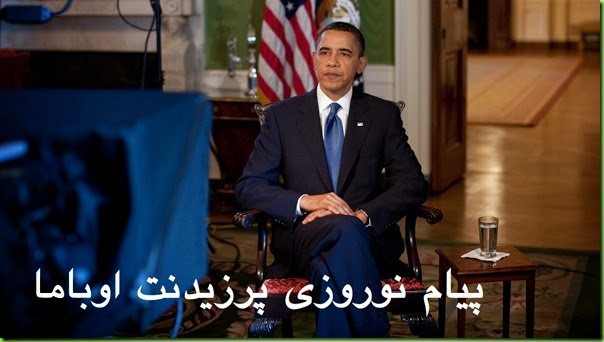 If you don’t read Persian, I think it says something like “Happy New Year youse guys! Make yourselves at home, we’ll talk nukes after dessert.”

By refusing to call Christmas and Easter by their proper names, they are celebrating paganism. This is progress? This tells the story of her unethical behavior in Watergate.