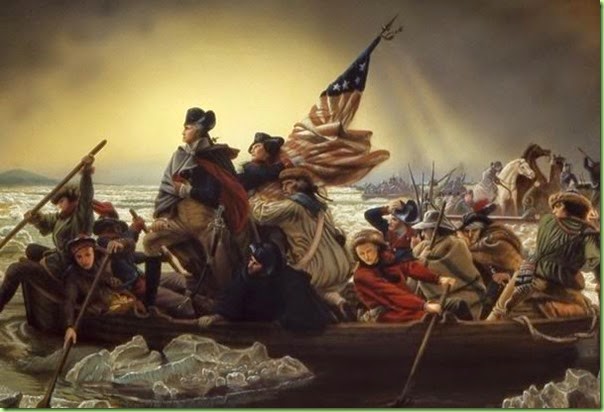 How ironic.The only evidence to survive the great Obama pre-presidential document purge of 2006-2008 was an article in the March,1983 Columbia student newspaper on the benefits of a nuclear free world.  How it slipped past the purginators is a mystery, but given the New York Times did an article on it in 2009 titled Obama’s Youth Shaped His Nuclear-Free Vision, I can only conclude it was not a slipup.

He was clearly trying to sort out his thoughts. In the conclusion, he denounced “the twisted logic of which we are a part today” and praised student efforts to realize “the possibility of a decent world.” But his article, “Breaking the War Mentality,” which only recently has been rediscovered, said little about how to achieve the utopian dream.

Twenty-six years later, the author, in his new job as president of the United States, has begun pushing for new global rules, treaties and alliances that he insists can establish a nuclear-free world.

“Generally, the narrow focus of the Freeze movement as well as academic discussion of the first versus second strike capabilities, suit the military-industrial interests, as they continue adding to their billion dollar erector sets.”

As you can see, Barry’s principled dislike of the military began early on (sorry General Petraeus, you’re just collateral damage). Fortunately for the world, most of us never got the opportunity to force our sophomoric worldview onto the rest of the planet; unfortunately, Barry has. And despite having evolved on things like the debt limit and gay marriage he’s remained steadfast in his views on nuclear disarmament. As he told the world during his first world apology tour:

“As the only nuclear power to have used a nuclear weapon, the United States has a moral responsibility to act.… So today, I state clearly and with conviction America’s commitment to seek the peace and security of a world without nuclear weapons. I’m not naïve. This goal will not be reached quickly—perhaps not in my lifetime. It will take patience and persistence. But now, we, too, must ignore the voices who tell us that the world cannot change. We have to insist, ‘Yes, we can…’”

Among the many fallacious assumptions contained in that statement is this most conspicuous one: “I’m not naïve.” If we are to assume that, then we must also believe that he is purposely handing the keys to the nuclear bomb cabinet to Iran - the most malignantly hostile regime on the planet. And that means one of two things: either the most intelligent man ever elected to the Presidency of the United States is, indeed, naïve; or, he is somebody’s puppet. Let’s stick with the lesser of two evils and assume he’s still stuck in the academic milieu, where good intentions are as good as the real thing. 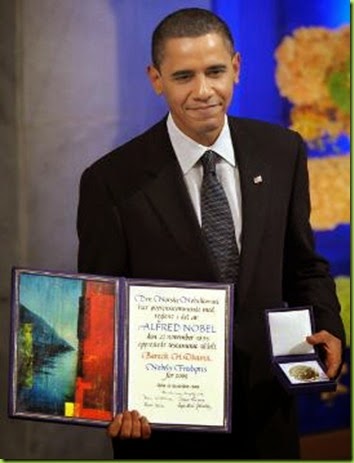 As Big Guy himself noted 32 years ago:

“Indeed the most pervasive malady of the collegial system specifically and the American experience generally, is that elaborate patterns of knowledge and theory have been disembodied from individual choices and government policy.”

I’m with Dewey From Detroit on this one: I’m not exactly sure what that means butt I agree that knowledge has been disembodied from government policy. Assuming that rogue nations from the Evil Empire will abandon their nuclear ambitions when the United States and Russia (which is a long shot at this point anyway) abandon theirs seems the very definition of naïve.

I just report, you can deride. Butt the endgame at this point remains on track: the black hearted mullahs of Iran who have officially declared “death to Israel” and “death to America” remain on track to acquire nuclear weapons. If you think otherwise I assume you missed Bibi’s speech yesterday.

So despite Big Guy’s college pipe dreams and fondest hopes, neither history nor human nature are on his side.  Frank J. Gaffney Jr., a former Pentagon official from the Reagan era, pointed out that:

“There is only one country on earth that Team Obama can absolutely, positively denuclearize: Ours.”

In light of all the troubles in the world, that seems a rather foolish path to go down. Likewise, so does striking a “deal” with Iran that lifts sanctions and sure-as-the-sun-rises-in-the-east leaves them on their path to nuclear warheads. That seems the least likely path to world peace that I can imagine. 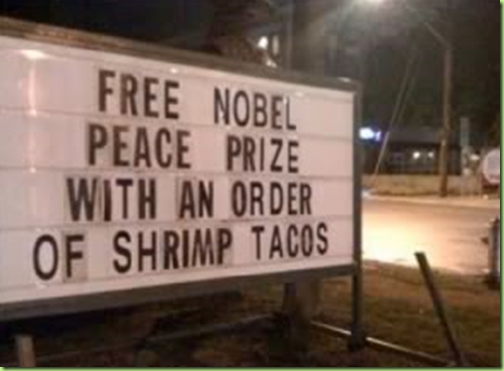 As Dewey From Detroit pointed out back in 2009:

I liked the thought of a nuclear free world when I was in college too. Like drugs, sex and rock and roll, it seemed a good idea at the time. We could all afford to be naive and even stupid when we were college seniors. We can’t afford for the leader of the free world to be stuck on stupid.

There comes a time in the stream of history when we must ask the college professors and community organizers to stand aside and make way for the military leaders. Otherwise, we’re never going to make it to the other side of the Delaware.

One executive order pre-printed form, a few strokes of a pen, presto!, law of the land! Pretty neat, huh!

When nukes were the basis of the conflict between capitalism and communism, the way to “equalize” the situation was to push to get rid of the nukes on both sides—which in practice would have meant we get rid of ours, a the commies lie about getting rid of theirs.

Today the main conflict in the world is between jihadists and the rest of us. Israel has nukes and will never get rid of them, and the jihadists don’t have nukes, so the only way to “equalize” the situation is to create the illusion of jihadists giving up their nuke-producing capacity—which in practice means we keep getting rid of ours, while the jihadists lie about getting rid of theirs.

The world has changed, but Obama hasn’t changed.

Seriously, has there been a world war since the inception of nuclear weapons?

A nuclear free world means a nuclear Iran of course.