We’re all waiting for today’s real news, following Bibi’s address to Congress. Butt while we’re waiting, how about that cheeky artist? Wow! Imagine the hutzpah of painting a shadow of Monica’s blue dress into Bubba’s official portrait? 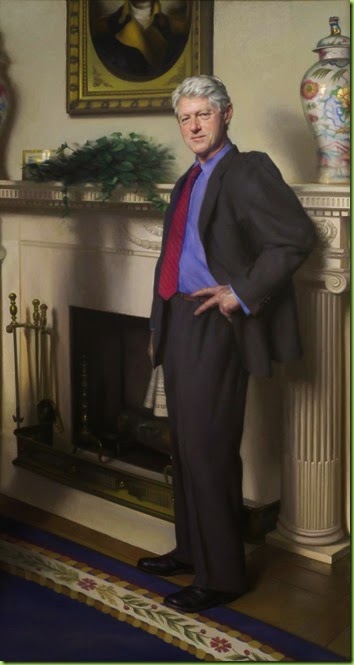 “There is a shadow on the presidency.”

America could have lived with a portrait of Big Dawg that looks like Ted Koppel, butt it will not abide with one that is subversive. So not only will the Bubba painting be removed from the National Gallery, butt artist Nelson Shanks will certainly not get an opportunity to paint any of the shadows of this presidency. 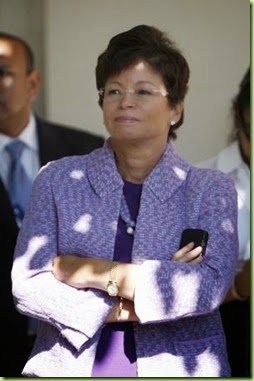 Living in the shadows of the Obama presidency

Surrounded by right wing conspirators and saboteurs like this, is it any wonder Hillary felt it necessary to circumvent the official government email system by using her own personal account while she served as Secretary of State? Because like rules, transparency, is for the little people.

Shadow presidencies, shadow emails, living in the shadows – *sigh* – it’s enough to make you afraid of your  shadow. 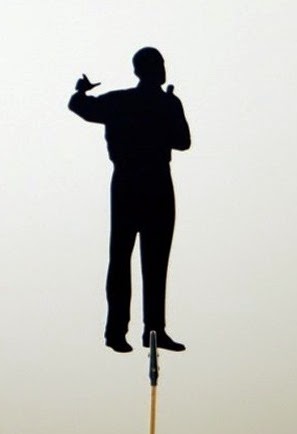 Be afraid, be very afraid.

Well, I’ve got to run now; I want to get a good seat over at the Capital.

the photoshops of this portrait are going to be soooo NSFW

I think his fly is open, too..

'I do believe that Ricochet (Troy Senik) had it first' ping ...

Was ole BJ too busy humpin “Energizer” to pose for the artist and they hired Ted Koppel as a stand-in?

Should have kept his mouth shut until this pos is in the ground.

Okay, the dress shadow is funny but who the heck stands like that? It’s an unnatural pose unless you’re a flamenco dancer or a matador.