If you haven’t already read my post Tomorrow’s Post Today…Because It’s Time to Panic please do so, as it contains important information that you need to disseminate to everyone you know or can otherwise reach. Doug Ross is all over it, and you should be too. Everyone needs to hammer their duly elected representatives with cries of genuine outrage and threats of withholding funds and votes if they fail to do the bidding of we the people. And if that doesn’t work…well, we will cross that bridge when we come to it. 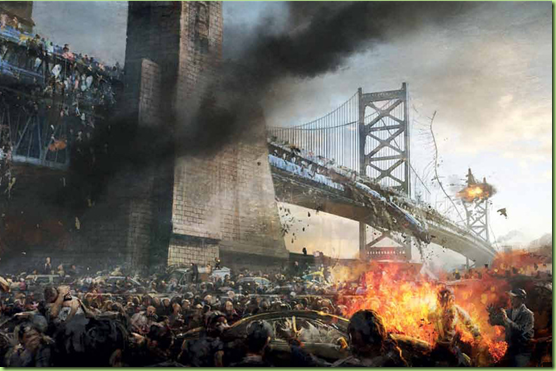 So here’s the plan, once all the Zombies are on the bridge, blow it up!

We need new infrastructure any way.

Now then, as we prepare for Netanyahu’s speech tomorrow [ed. if you haven’t read Clarice’s excellent American Thinker article from yesterday it provides an excellent albeit chilling historical parallel] I would like to bring to your attention an event that didn’t get its due as everyone was focused on CPAC and a news report that Big Guy threatened to shoot down Israeli jets on a mission to take out Iranian nukes. (No comment from the Harf at State regarding that one, yet butt it’s bound to be good.)

Anyway, I’m speaking of course about the unveiling of Eric Holder’s official portrait at the Department of Justice last Friday: 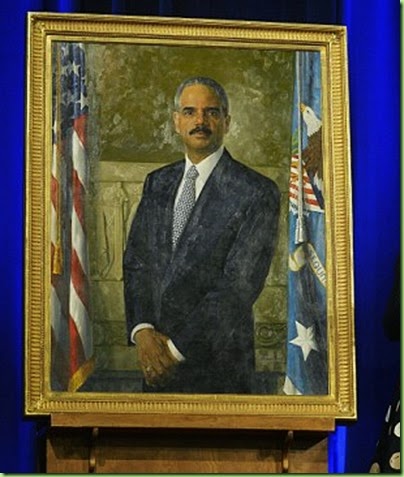 Official portrait of the country’s first black Attorney General, also the first AG to hold both Congress and the American people in contempt

The unveiling of the portrait (which, imho, has a wee bit too much ochre) along with the Attorney General’s imminent departure was simply overwhelming for both men. They were both moved to tears. 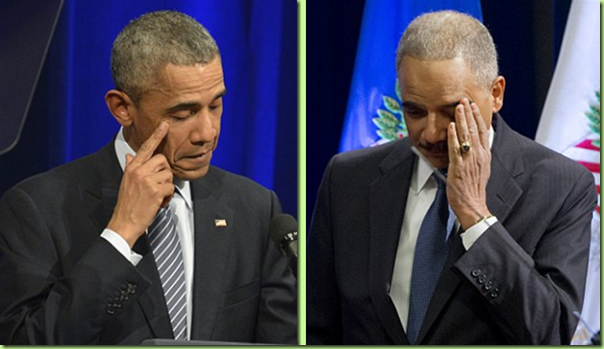 Common guys, hold it together. You can still have play dates after Ricky moves.

“You know, having good men in positions of power and authority, willing to fight for what’s right, that’s a rare thing, said Obama. [ed. No kidding.]

“That’s a powerful thing. It’s something that shapes future in ways we don’t even understand. We don’t always imagine,” he concluded, wiping away a tear. [ed. Oh, some of us understand, and don’t even need to use our imagination.] Video here

So let’s have a little recap of people who have touched BO emotionally during his presidency:

People whose lives/deaths have moved Big Guy to tears: 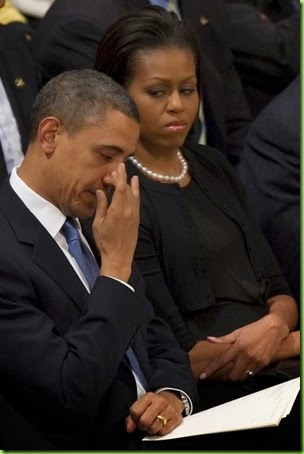 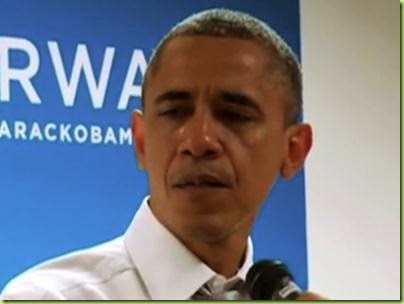 And then there are those people whose lives/deaths did NOT bring Obama to tears:

I may be wrong, butt the only image on my hard drive of former President George W Bush crying was at the presentation of the Medal of Honor to the mother of deceased Marine, Jason Dunham.

Butt things have loosened up a bit around here since our first historic black president took office. 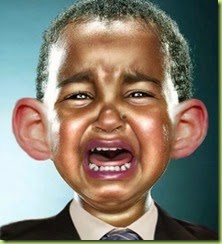