You know what they say: the only things you can count on are death and taxes. And with Big Guy’s new plan - scheduled for the big reveal tonight – we get both rolled into WON! That’s right, the retreaded Robin Hood agenda includes new, stiff Grim Reaper taxes. So if you didn’t earn that yourself, you’ll have to share it with BigGov.com who will redistribute it for you: to the poor - and, if there’s any left after we’ve leveled the playing field for America’s least fortunate, the middle class.

Our current cute-white-guy-spokes-mouth, “Josh” “Ernest” has been practicing reeling our “soak-the-rich” redistribution plan off his tongue at breakneck speed without pausing to breathe. 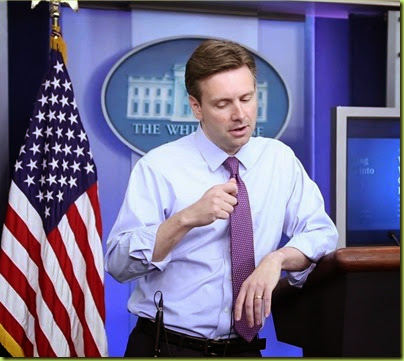 “Take it from the top,Josh, and this time make it sound sincere…”

Because we’ve discovered if you just keep talking really fast you can avoid difficult questions  like “why has the gap between rich and poor in America grown steadily during Big Guy’s term?” 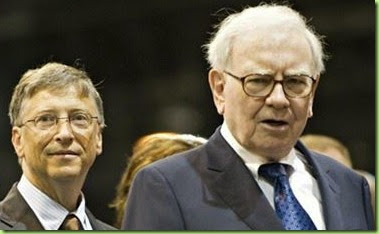 It’s a simple plan really, and designed to ensure that we never run out of other people’s money.

Butt I’m getting way ahead of myself. For now the only important question is what important designer will Lady M decide to wear tonight? It’s hard to believe we’ve already endured seen 6 of these and are still scheduled to endure see another 2.

Trust me on this, they all look better from the front than they do from the rear: 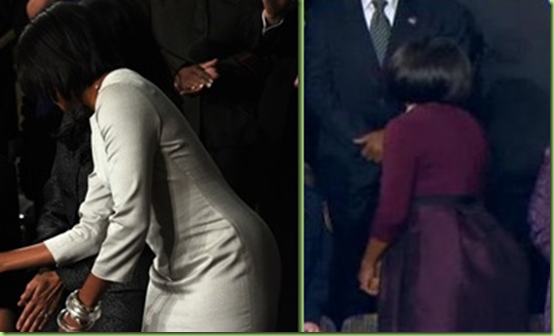 I suspect the same will be said of Big Guy’s entire presidency some day, regardless of how you feel now.

So my advice is to either skip the speech, or grab a cold one, some popcorn, and pretend you’re watching Saturday Night Live. Under NO circumstances do I recommend you participate in any version of the popular SOTU drinking game. It could be hazardous to your health.

And trust me on this: getting hammered with MO and BO isn’t as much fun as you might think: 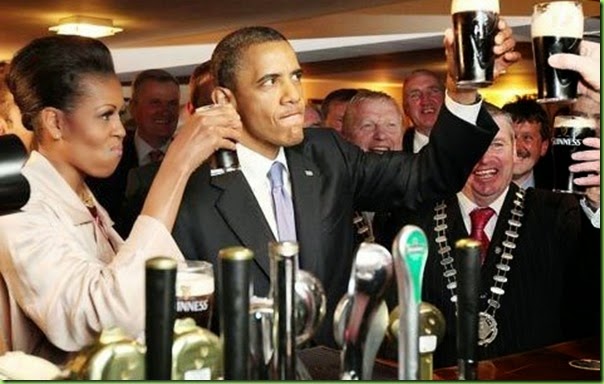 When you wake up you always find you’ve somehow shrunk and stumbled down the rabbit hole again. 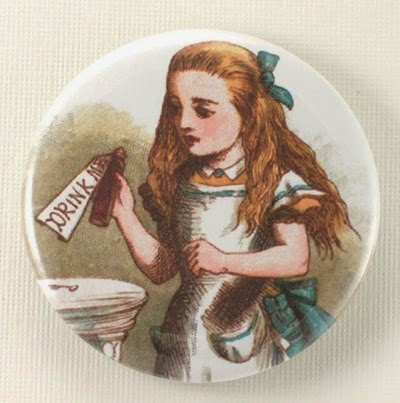 Why not? From what I read and heard, the rich supported the son of a bitch. I know of one in the Tampa , Florida area. His name is John Morgan. In my opinion, he is a ambulance chasing trial lawyer. He has hosted numerous fund raisers for Obama.

For the rich to be rich means more prosperity (worldly, at least) for the “poor” than if someone gives the rich a haircut and then scatters the clippings to the poor.

Even if a perfect redistribution could be done, money is not a static thing; it flows in circulation following the production of things worth money.

It’s the honest folks in the middle that get the beatdown. They also pay more taxes than they know, in the form of the higher prices asked and lower wages offered by the “soaked rich.”

If its true, y'gotta wonder. Why not a butt reduction instead of a boob augmentation? /S

Is there going to be a drinking game, and a thread for his speech? I can’t stand his sticking his chin up in the air, while we all look up into his nostrils. That chin up in the air in a defiant, superior attitude.

Ping me when the counter-revolution begins.