I see that Dish and Fox News have worked out their differences and now Dish subscribers can watch Fox News again. The White House is relieved because, despite protests to the contrary, the reality is that Big Guy gets all his news from Fox.

That’s right, since the Big White is a Dish subscriber, they were pretty much cut off from what was going on around the world when Fox went black last month over contract issues with Dish. So that whole kerfuffle about Big Guy not attending the march in Paris? Fox’s fault, for refusing the terms Dish offered.

So after blaming everyone for the Paris no-show kerfuffle  - from the Secret Service (protecting Big Guy in Paris would be too hard now that they’ve officially been deemed incompetent) to the Social Secretary (we were not even invited!) - the truth comes out. Nobody even knew about the big Unity Rally because they didn’t see it on the news!

So we’re glad Fox is back, butt unfortunately the damage has already been done. Across Europe people have begun to complain that, following the Charlie Hebdo massacre, Big Guy’s behavior “showed arrogance and was dismissive, even derisive” towards our European allies… 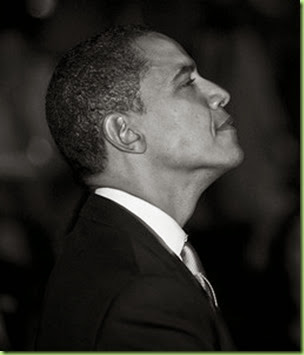 From Russia to Israel, from Great Britain to Honduras, President Obama has been insulting and nasty, apparently in the belief that passive-aggressive pejoratives can substitute for an actual foreign policy. – Breitbart

At least Big Guy has been able to pinpoint the primary cause of this growing Islamic terrorism around the globe: poverty, and racism. Just like in America. In their joint London Times op-ed BO and Britain’s Prime Minister Cameron joined with France’s President Hollande in blaming the Charlie attack on disaffected yutes (h/t: My Cousin Vinny)who have grown up in an atmosphere of intolerance and poverty. Butt don’t worry, Big Guy knows how to fix it! And all it requires is a little 3 letter word: Jobs Jobs Jobs!

So as it remains unclear what the meaning of “free” in free speech means, we will continue to equivocate over just exactly who and what it should apply to. So far in America we’ve determined that it does cover art  like a crucifix in a bottle of urine and a Madonna covered in elephant dung, butt it does not cover hate speech with respect to minorities of any race, creed, color or sexual orientation.

And in France, ongoing theatrics to the contrary, apparently not everybody is “Je Suis Charlie” after all, as 54 people have recently been arrested for hate speech, including a comedian! Wasn’t this whole thing over the rights of a comedic magazine to publish what some considered “hate speech” in the first place? This is all very confusing.

Oh well, I’m sure when Big Guy gets together with our greatest ally today he and David will be able to work through this whole mess, as they always have in the past. 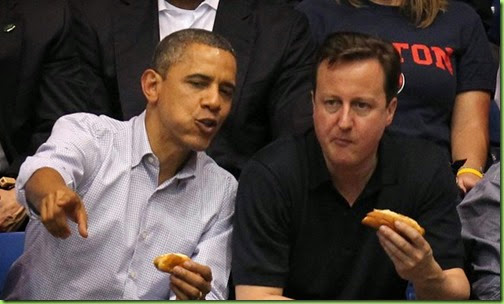 You boys do realize you won’t be able to eat those delicious hotdogs in the land of Sharia, right?

Yes, I fear that we have met hypocrisy, and its name is “Liberalism.” 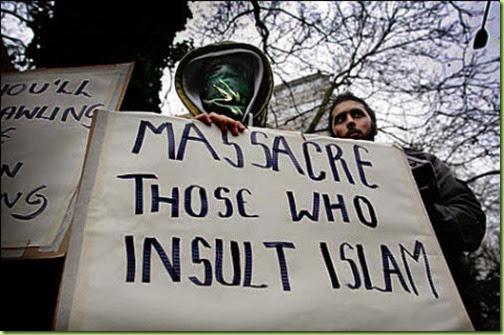 “I don’t agree with what you say, butt I’ll defend to your death my right to stop you from saying it.”

Those are “all beef” but not kosher hot dogs, LOL

Too bad his TV only gets ESPN.

All he needs to do is listen to both Rush Limbaugh and Steve Deace or Laura Ingraham and he has it covered.

IF he needed more then there is Mark Levin, Dana Loesch or Jay Severin. Otherwise he can read this site and watch PJTV or Newsmax Tv’s three shows. I doubt he will do any of it except to rant about the content and message.