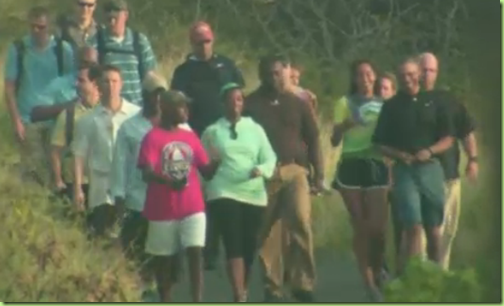 The Won with Wee Won One,with friends and their Secret Service Army,  on the Makapuu Point Lighthouse Trail, Taking the Road Less Traveled
And so we leave the year behind - by and large unexamined - to kick back and enjoy the Winter Holiday season Hawaiian style. Don’t think that the Wons don’t realize how many things they have to be grateful for this year:

Now, as has been my tradition for 6 long years, I have prepared a Christmas Winter Holiday greeting card for you from the Won’s in Hawaii. I have been sending it out each Christmas Eve since it was originally posted in 2009 to commemorate our first, historic, Presidential vacation on the alleged island of Barry’s birth. As the legend goes however, nobody – to this very day - knows exactly where our American messiah was really born.

As you’ll see, despite the rainy weather this year I still managed to squeeze in a little surf time before catching my flight out (commercial) this afternoon to celebrate Christmas with my family in flyover.

So as we say in Hawaii: Mele Kalikimaka!

I know we’re not supposed to say anything about the kids, but IMHO their clothes are too short, especially for being part of the First Family. In looking at the shorts on her in the picture above I also thought about the skirts they had on during the Turkey Pardoning ceremony at the WH. 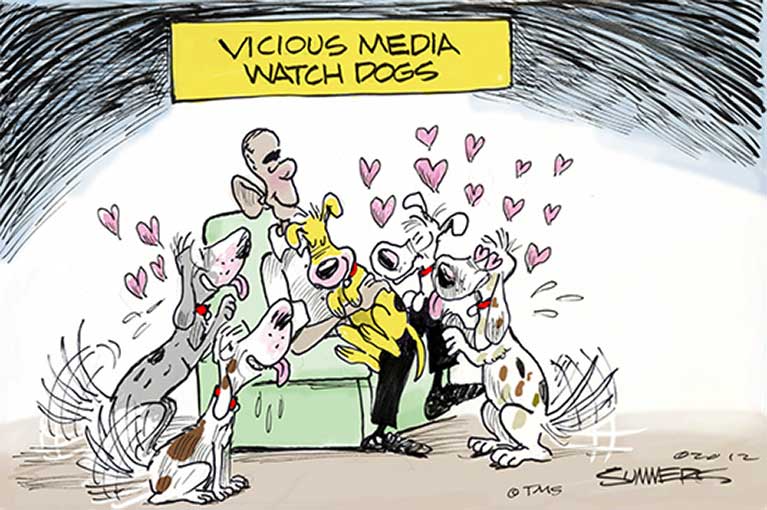 I think the Watchdogs are licking something more than his hand.

“”In looking at the shorts on her””

Shorts are called shorts because they are short! I only recognize one daughter in the picture. I don’t see Michelle. I would criticize what the president is wearing instead of shorts on one daughter. Those whatever’s are just plain dorky on him but~~~~~~~