Ever wonder what Big Guy did before he figured out how to get elected to public office? When he was still just some guy in the neighborhood, “organizing” the community and agitating for justice? If so, allow the  Rev Bobblehead to demonstrate what the fine art of street agitatin’ involves:

Boy, I hope all the outside agitators pack up and go home for the Thanksgiving holiday so Ferguson/St. Louis can reach a truce in the race war and begin to return to normal:

If all you agitators go away, maybe we can stand tall again.

“First and foremost we are a nation built on the rule of law, so this decision was the grand jury’s to make,”

Butt hey, if the rule of law doesn’t work the way you want it to, you can always issue an Executive Order, demanding that the riots stop and the cop be incarcerated “for his own good.” Right?

And finally, with all the uproar across America I failed to note that Barry handed out another batch of his special Presidential Medals Monday night:

Today I think we’re pardoning the turkeys. No, not the ones in Ferguson: 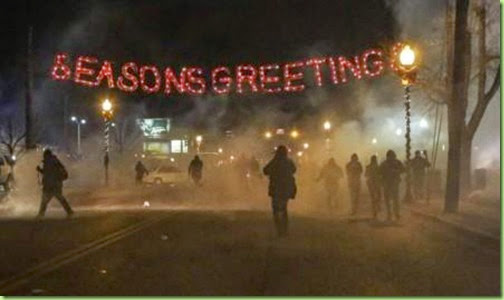 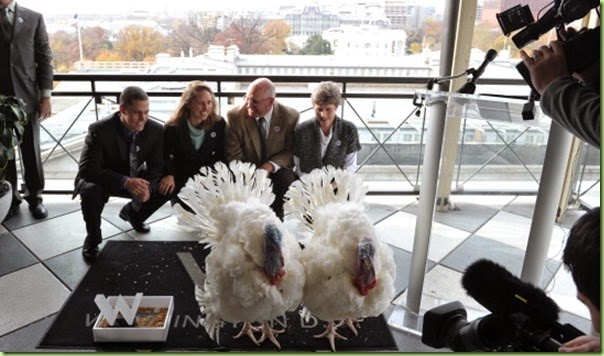 Figures. The white guys always get off scot free.

Now feel free to get back to your Thanksgiving Day preparations. All’s right with the world.

“...and, Dear Lord, thank you for Mr.’s Colt, Smith and Wesson...without whose presence, we would surely face many difficulties unarmed...amen.”