Even though Creeper cleaned up piles and piles of chicken bones before staggering home last night, Adrienne and I were still up bright and early to don our new Playtex gloves and clean up the remaining detritus from last night’s Twilight Nocturne Lounge benefit concert. (Which was a HUGE success, thanks to all who attended.) 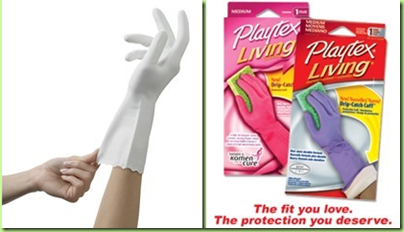 So, as you might imagine, I’m a little cranky this morning which means I’m in no mood to deal with a new wave of crackpot global warmists. The latest batch of Warm Fuzzballs claim that they have "evidence linking Arctic amplification to extreme weather in mid-latitudes" caused by – you guessed it – global warming!

So again we are to ignore our own lyin’ eyes and instead believe the Big Brains’ version which has been created specifically to foster the ongoing belief in the religion of global warming. So let’s pretend I’m game: what do you think is causing these harsh winters, esteemed scientists? 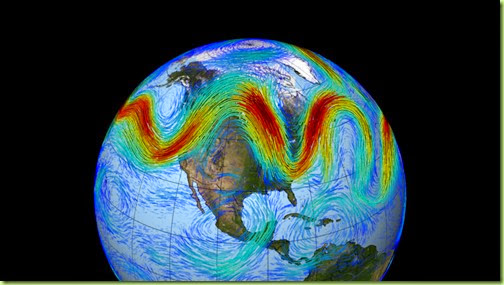 I wonder what linguistics clown they’re using to come up with these new, eye-catching scientific terms for their harebrained theories? 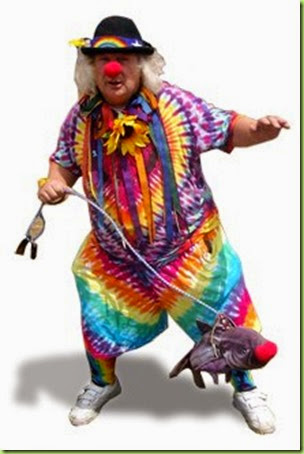 Naturally that whole loopy, wavy thing causing all the snow and cold is due to the rapidly warming arctic temperature:

And according to Francis and Vavrus, Arctic warming should make the jet stream more wavy and loopy on average – some have called it “drunk” -- with dramatic weather consequences. WaPo

“Drunk” - “wavy and loopy?”  Seriously? Do they think I’m as stupid as Jonathan Gruber does? 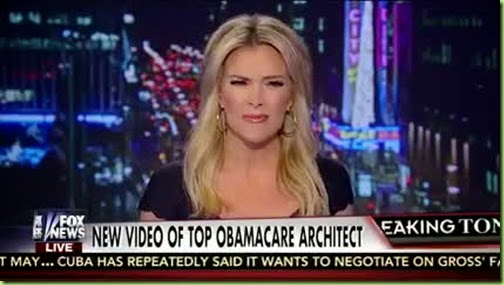 More on the wavy gravy theory:

Wait, what? “atmospheric physics behind the idea?” So all of a sudden climate “scientists” believe in physics again? After having ignored the laws of thermodynamics all these years? I’m not sure I’m persuaded yet; what else does your big brained wavy gravy theory forecast?

In their paper, Francis and Vavrus suggested that a rapidly warming Arctic should interfere with the jet stream, the river of air high above us that flows eastward around the northern hemisphere and brings with it our weather.

So big deal: Jonathan Gruber had a “paper” that provided forecasts of his model too:

“What we know for sure the bill will do is that it will lower the cost of buying non-group health insurance,” Gruber told the Washington Post in November 2009.

If Jonathan’s big brained theory had turned out to be correct (it didn’t) we could have all kept the health plans we liked, everyone’s healthcare premium would have gone down on average $2500 a year, our doctor’s wouldn’t be retiring in droves and our deductibles wouldn’t have tripled and nobody would be uninsured. Butt none of that happened now, did it?

“[ObamaCare] will result in individual market premiums increasing, not decreasing, as stated in the Gruber paper,” insurance company Wellpoint wrote. Gruber had simply failed to consider key factors in the plan that Wellpoint correctly predicted would add "between 20 percent and 80 percent to the cost of premiums under reform.”

So relax, we may die due to ObamaCare, butt we’re not going to die from global warming.

[1]He was also the official clown of the Grateful Dead

I’ve met Wavy Gravy. He is a genuinely nice guy.

I’ve met Wavy Gravy. He is a genuinely nice guy.