Today marks the 25th anniversary of the fall of the Berlin Wall. 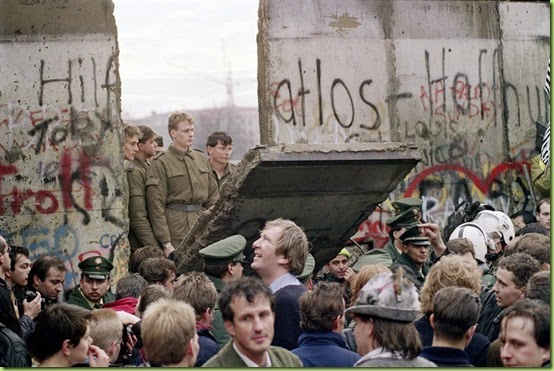 And I see that the Revisionists have taken the opportunity to rewrite history again.

Yes, the same people who rewrote the history of WWII, giving the victory to Stalin rather than the American led Allies (and the H-bomb whose name we dare not mention), are back. 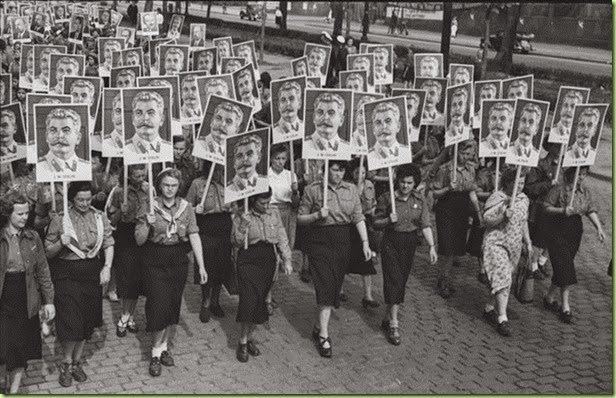 This time they have handed credit for the fall of the Berlin Wall not to the policies of Ronald Reagan, Margaret Thatcher and Pope John Paul XXIII butt rather to Mikhail Gorbachev. 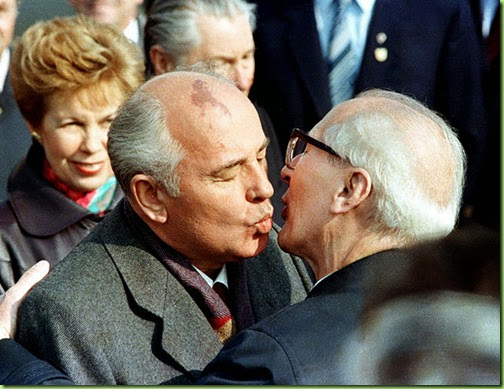 Okay, I see how you can make that case; it’s like the Republican’s policies didn’t really win the midterms,the policies of Barack Hussein Obama lost. Except that’s not how Debbie Wasser-name sees it:

“We know we’re right on the issues,” Wasserman Schultz said. “The American people believe in the causes we’re fighting for. But the electoral success we have when our presidential nominee is able to make the case to the country as a whole, doesn’t translate in other elections.”

So, good idea Debbie; stick with those policies that America likes so much! And keep telling us how racist, sexist, homophobic we are and I’m sure that will guilt enough butts into getting off the couch and into the voting booths to ensure a progressive victory in 2016. (TIP: you might want to clarify why your “presidential nominee” for the last two presidential  elections wasn’t “able to make the case to the country as a whole” before doubling down.)

Although - even Barry himself prophesized way back in 2007 that sometimes it comes down to something more than the color of one’s skin (or, presumably, your sex or sexual orientation):

KROFT: You think the country's ready for a black President?
OBAMA: Yes.
KROFT: You don't think it's going to hold you back?
OBAMA: No. I think if I don't win this race, it will be because of other factors. It's going to be because I have not shown to the American people a vision for where the country needs to go that they can embrace.

So see how easy that was? You step up to the mic, take a deep breath, and take responsibility. It’s called “leadership.” 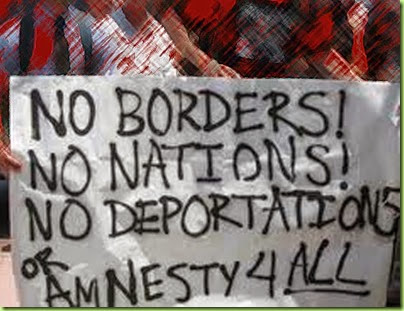 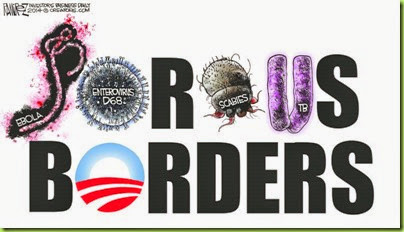 The people vote “no”

“I transform, you decide” 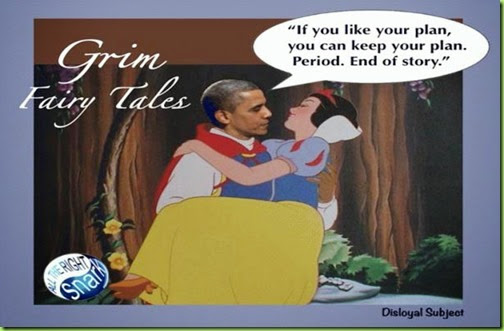 The people vote “no”

So, yes policies…I guess they might be important and with a little tweaking they’ll be good as new. Butt as you’re tweaking, if you keep hearing voices of Americans who don’t want “fundamental immigration reform” maybe this will help you get over the notion that good fences don’t make good neighbors: remember the Berlin Wall was not constructed to keep people out of the Soviet sector of East Berlin, it was built to keep them in. Big difference. 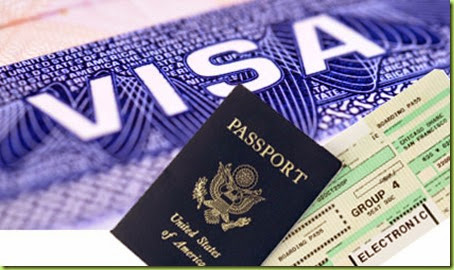 Remember when you use to need these things to travel out-of-country? Before we were fundamentally transformed to a borderless, culture-less country?

Read West’s book, and THEN tell me that Stalin did not win WW II.

Yup. Remember it well. My dad was assigned to a post in London in the early ‘60s and when I was 15 my Mom and I took a tour which included Berlin. We actually crossed into East Berlin at Checkpoint Charlie. What a contrast. Still mounds of debris everywhere from the war. One item I remember specifically, an eagle with it’s wings spread atop a swastika. I also still have a souvenir map showing the wall and barbed wire around the city. Meaningless to youngsters today who have no idea just how bad things were for those trapped on the east side of the wall. Oh yeah. Reagan had NOTHING to do with it. WRONG!

First off, I am not a Hitler fan but I don’t think the west or Stalin won WWII, I think Hitler lost it by starting a two front war with Russia. We should be thankful for that as it kept him from taking out Britain and perhaps putting the US in a vice grip between Hitler and Japan assuming either of those nations had intentions of taking on the US main land. In any event, while engaged in the east, his famed Afrika Corps was decimated by the Brits and US. When Stalingrad held, it was the kiss of death for his regime albeit he hung on for two years till the last collapse. All IMO of course.

Personally, I give all the credit to Pope John Paul XXIII and his fantastical time machine.