The Unbearable Lightness of Feminism

Posted by Daniel Greenfield @ the Sultan Knish blog
In Nigeria and Iraq, Muslim armies are selling women as slaves. Iran hanged a woman for fighting off a rapist. ISIS was more direct about it and beheaded a woman who resisted one of its fighters. 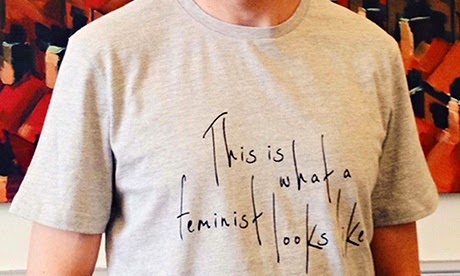 But we don’t have to travel to the Middle East to see real horrors. The sex grooming scandal in the UK involved the rape of thousands of girls. The rapists were Muslim men so instead of talking about it, the UK’s feminists bought $75 shirts reading, “This is what a feminist looks like” which were actually being made by Third World women living sixteen to a room. This was what a feminist looked like and it wasn’t a pretty picture.

The same willful unseriousness saw Ayaan Hirsi Ali, a survivor of genital mutilation and an informed critic of Muslim misogyny, booted from Brandeis by self-proclaimed feminists. Meanwhile the major feminist cause at the moment is Gamergate, a controversy over video games which can be traced back to a female game developer who slept with a video game reviewer. Professional feminists have spent more time and energy denouncing video games than the sale and rape of girls in Nigeria and Iraq.

That is what feminism looks like and there is something seriously wrong with that.

Women Against Feminism touched a nerve because professional feminists know that few women want to identify as feminists. Polls have found that the majority of women view feminism negatively. Even among young women, the feminist label doesn’t come close to breaking the halfway mark.

Professional feminists respond to the negative feedback by claiming that feminism is simply equality. But if feminism were equality, women, and for that matter men, wouldn’t dislike it so much.

A feminist looks like a professional activist wearing a $75 t-shirt made by slave labor while proclaiming that she is a feminist. It isn’t fighting for the rights of women that makes her a feminist. It’s the pricey fashion statement of someone who toots their own horn while exploiting less fortunate women.

The professional feminist is not there to help women, but to promote the agenda of the institutional left. She will turn campus rape into a political cause while criticizing every rape prevention measure, from a rape drug detecting nail polish to self-defense for women, for not dealing with rape culture. Stopping rape doesn’t interest her. Exploiting the abuse of women to fight a culture war does.

Her concerns are limited to causes affecting upper class young women and the overall political organizational needs of the left. That’s why she will veer erratically from inflating college rape statistics to arguing for illegal alien amnesty despite the high number of rapes committed by migrants.

But the women being raped generally won’t be found on an Ivy League campus. 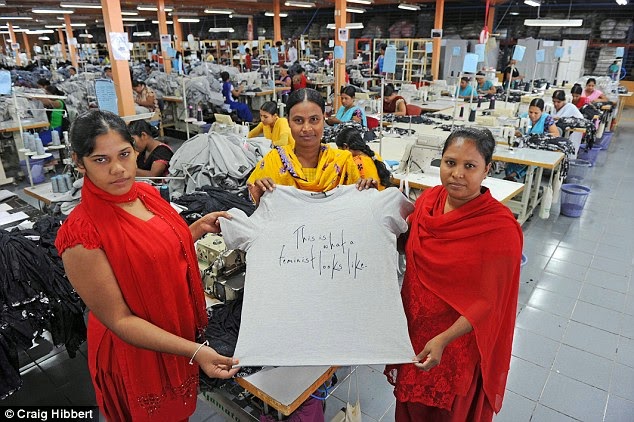 The institutional left can’t call out Islam for sexism, homophobia and racism because it has already inducted it into its political coalition. And that’s why feminists can’t talk about the mass rape of young girls in the UK without stepping on a political landmine. Those courageous women who do talk about it, like Ayaan Hirsi Ali or Pamela Geller, represent the principles that feminists only claim to stand for.

It’s easy to take shots at gamers, but discussing the rise of honor killings, genital mutilation and domestic abuse among Muslims migrating to the West is dangerous territory. That is why Ayaan Hirsi Ali had to be silenced so that she wouldn’t show up the professional feminists trying to pretend that their mass distractions of video games, subsidized birth control or celebrating “sex workers” are real feminism.

Modern feminism is defined by talking non-stop about the things that don’t matter to avoid talking about the things that do. It long ago stopped being a movement and became a series of distractions. When feminists actually hit on a relevant issue they quickly scramble to avoid talking about it. That’s what happened with the viral Hollaback video of a woman walking around New York City and being harassed by minority men. The video quickly went from a hit to an embarrassment as feminists realized that they had unintentionally documented something that they could not talk about.

Feminism is filled with things that it can’t talk about. That’s why it long ago hit a dead end. It is too afraid of being politically incorrect to be relevant. It can’t advocate for women and so it frantically stirs up micro-controversies that are irrelevant to 99.99% of women. Its obsession with Gamergate as the biggest threat to women since the time that Miss USA suggested that women should take self-defense classes is another reminder of its inability to meaningfully address the problems facing women today.

Professional feminists don’t want to fight rape; they want to fight an intangible “rape culture”. They don’t want to help women. Instead they want to exploit the problems facing women to advance their own agendas and careers. They are part of a movement cut off from ordinary people and rooted in academia. Few women want to identify as feminists, because feminism doesn’t identify with them.

Feminism can’t talk about the problems facing women because it is a prisoner of the left. It’s a fundraising gimmick, an election turnout gimmick and a way to sell pricey shirts.

The War on Women meme has jumped the shark. Senator Mark Udall was mocked, ridiculed and written off by his own Democrats for his cynical abuse of the meme. An attempt by a congressional candidate to invoke it during a debate in New York was met with uproarious laughter.

The last election cycle had reduced feminism to subsidized birth control. This cycle wiped it off the map entirely. The next election cycle will bring us Hillary Clinton as the ultimate feminist candidate. Hillary built her career and won elections on the strength of her husband’s name. Polls show that she appeals to voters because they think her husband is part of the package deal. 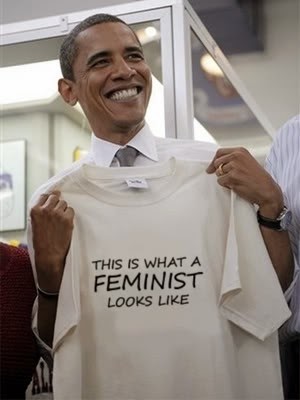 If Hillary wins, the first female president will be a woman who got the job only because she refused to divorce her husband after he cheated on her because she hoped to exploit his political connections.

Hillary Clinton laughing at her client’s rape of a 12-year-old girl from a working class family or Carol Costello chuckling over the assault on Bristol Palin reminds ordinary women what feminists really think of them.

Feminism no longer speaks to women. It has become a privileged sorority for actresses, politicians, media types and academics who don’t actually like women. Especially working class women.

The public face of feminism should be Ayaan Hirsi Ali, but instead it’s the neurotic privileged pettiness of Lena Dunham.

Feminism has become a lightweight movement heavy on pop culture and phony outrage and unbelievably light on content. It speaks all the time, but it no longer has anything to say.
TOPICS: Government; History; Politics; Religion
KEYWORDS: greenfield; sultanknish

FReepmail or drop me a comment to get on or off the Sultan Knish ping list. I highly recommend an occasional look at the Sultan Knish blog. It is a rich source of materials, links and more from one of the preeminent writers of our age.

We are uniquely privileged to be able to enjoy DG from our perch at FR.
Lou

Today's tallies prove we get it.

Out with the old.

In with the older.

They despise America and old fashioned American values, which is why they never criticize any person or any group that feels the same way.

This article really nails it.

This is an excellent article by Greenfield. Succinct and comprehensive, as usual.