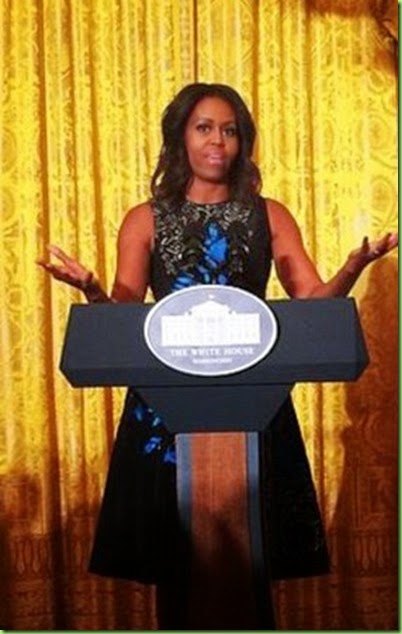 Fashion can get ugly. It looks like the king of American fashion is openly dissing the First Lady for wearing her wallet-friendly J.Crew ensemble to meet the Queen of England this week. Oscar de la Renta remarked, “You don’t show up at Buckingham Palace…in a sweater.”

Even one that fits so well. 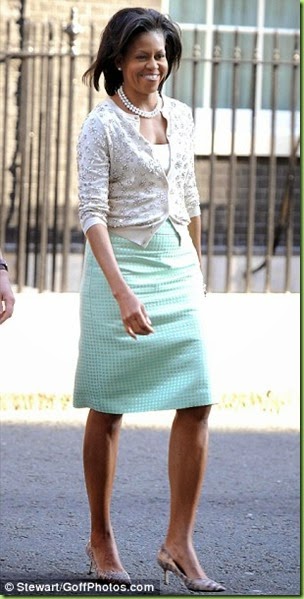 I’m just glad he didn’t mention anything about the wrinkly skirt.

And then there was that time he criticized MO’s fashion choice when she wore British designer Alexander McQueen to the Chinese State Dinner instead of American: 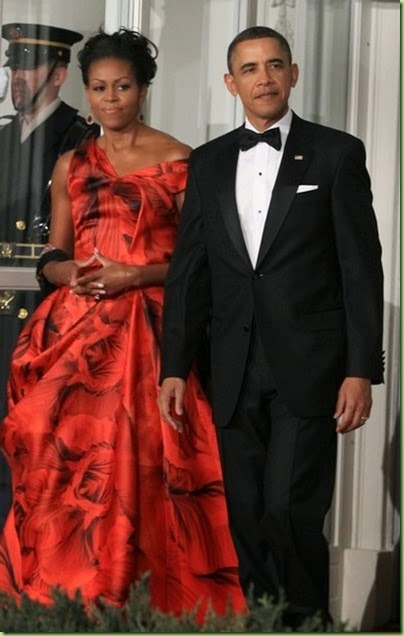 At least it was red

“My understanding,” de la Renta told WWD, “is that the visit was to promote American-Chinese trade — American products in China and Chinese products in America. Why do you wear European clothes?”

Even though both of the Wons have been working on those thin black skins of theirs, neither of them are capable of handling criticism graciously yet. Still, it seemed like MO had buried the hatchet, so to speak, when she finally donned the de la Renta frock. She even changed from her favorite, comfy, Speedo that she’d worn for the business part of the day: 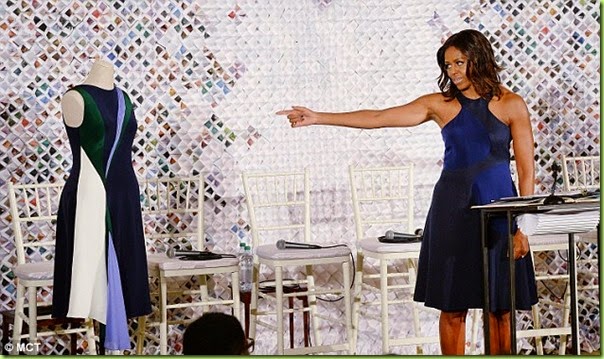 So I’m just giving you a heads up: the official story will be she wore this frock earlier in the month to end the feud. 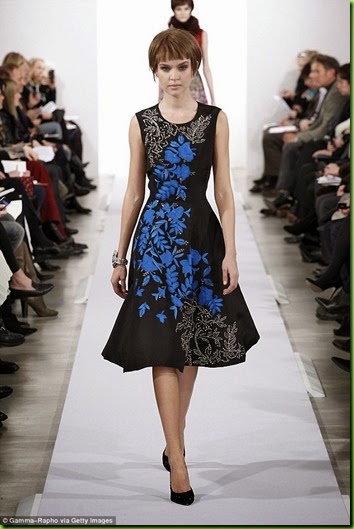 Let’s just say we got word of Oscar’s impending doom – don’t ask how, I’m not at liberty to say – and Lady M didn’t want to be the only FLOTUS in his lifetime to have never worn one of his creations.

So there you have it; just another item we can check off our bucket list – wearing de la Renta I mean, not, well, you know. 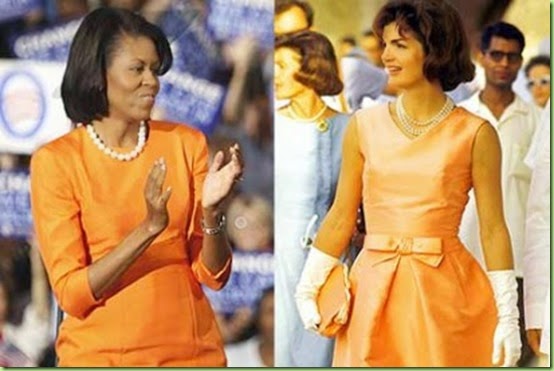 Don’t blame me, like I said, I’m just here to connect the dots: 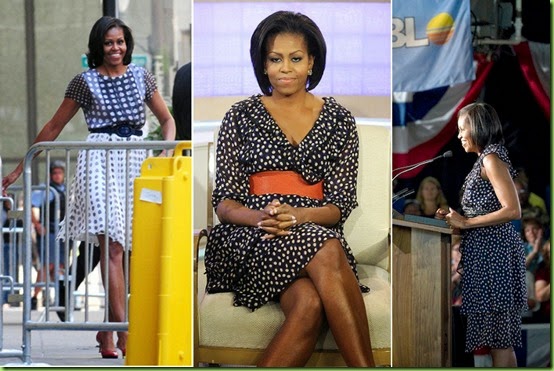 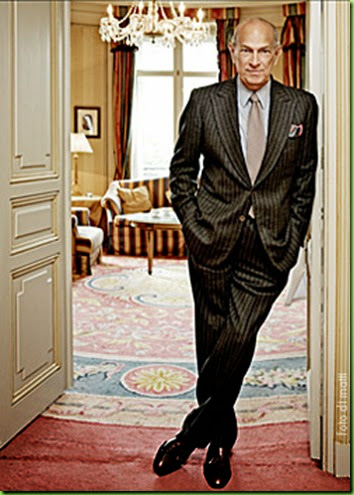 R.I.P, Oscar, we will miss your style

P.S. Butt there is Good News today too!

No new Ebola in 5 whole days!

Well if the boob belt does not make a big comeback it won’t be because Mooch didn’t try. :-)