How are those crisp trouser creases working out for you? 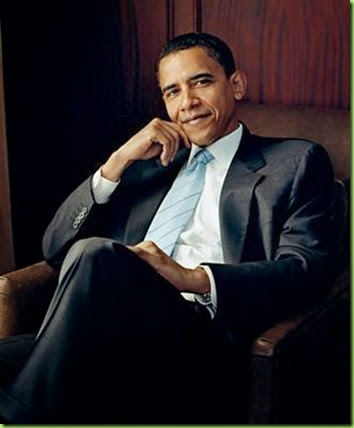 Not so well, apparently:

As the midterm campaigns heat up, Democratic candidates are turning to the White House for help and an injection of star power. But it is the first lady, not President Barack Obama, —who in some places is emerging as the more sought-after campaigner. – WSJ

And why not?  Is she not the complete package?  She has the enthusiastic political greeting wave down pat: 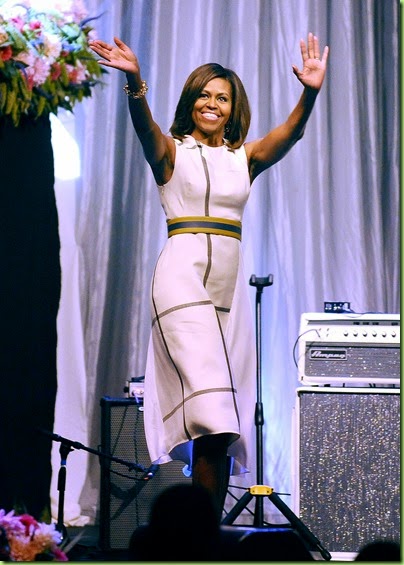 She can stay on message: 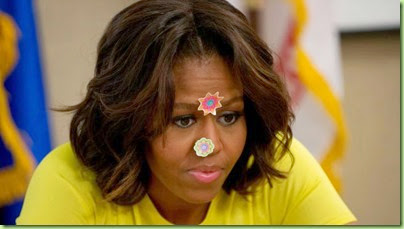 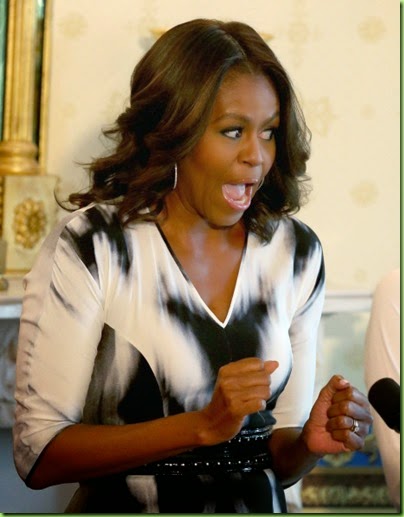 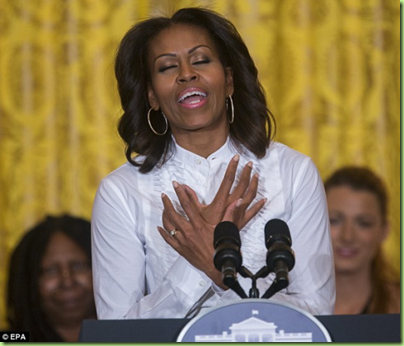 She can also be very persuasive: 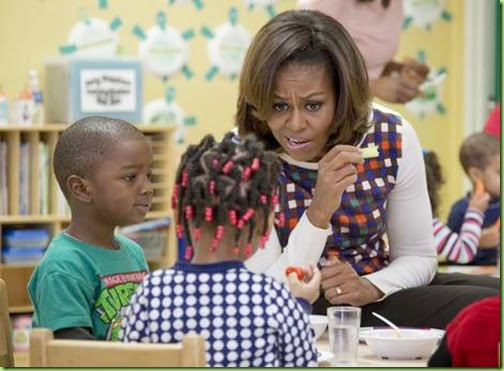 And she knows just how to cajole voters: 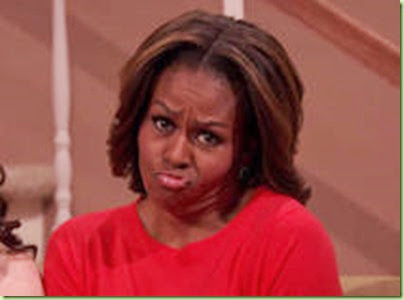 I’m certain she can show candidates how to cross the finish line: 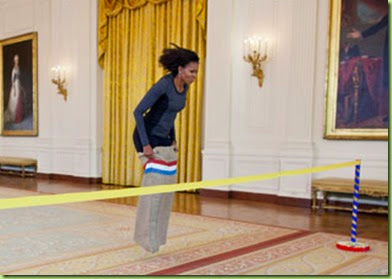 She is so ready: even her trousers seem as well creased as Big Guy’s are these days: 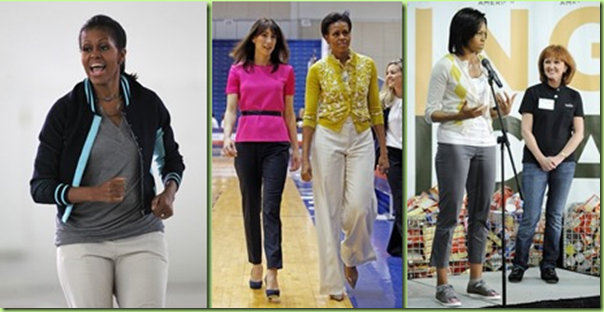 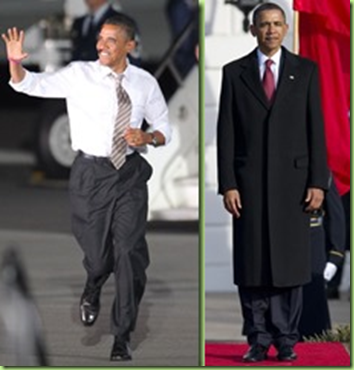 Of course she still needs to work on her military “salute”  - it still looks a bit more like a black power salute: 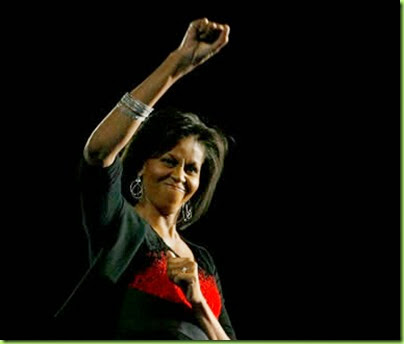 Then again, so does her husband’s: 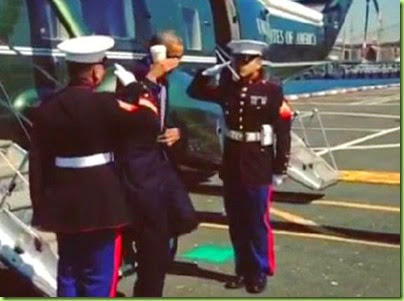 In her speeches, Mrs. Obama rarely makes mention of Democrats and Republicans, speaking only of "we" and "they." 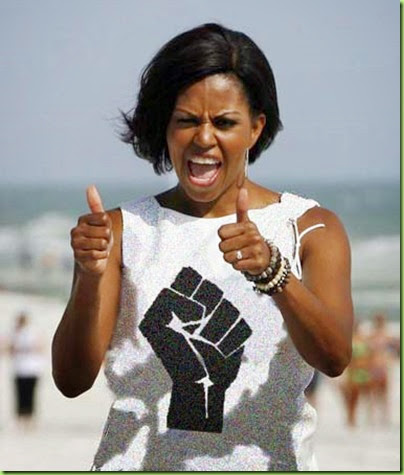 At the campaign event in Georgia, she told the crowd that "if we lose these midterm elections, it's going to be a whole lot harder to finish what we started."  WaPo

So let’s get our game on!

"The First Lady has – and will continue to be – a tremendous asset for Democrats on the ballot in November," said Michael Czin, spokesman for the DNC. "She has a unique ability to make what’s at stake in this election crystal clear.” 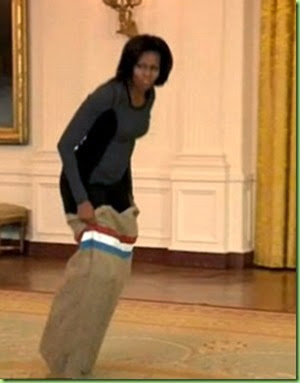 As they say: “lead, follow or get out of the way.”

"(He) is going to do everything he can to help the candidates," the official said. "In some cases, that may mean staying out of the way."

Specifically, in this case:

And you have potential… 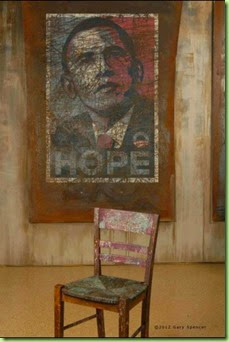 This thread needs a warning in the heading!

She is a VERY bad actress.

Boy, could I get thrown off FR if I opened my mouth now...