When your entire foreign policy has been based on asking “what would Bush do?” and pursuing the opposite, the recent turn of events must be fundamentally unsettling. 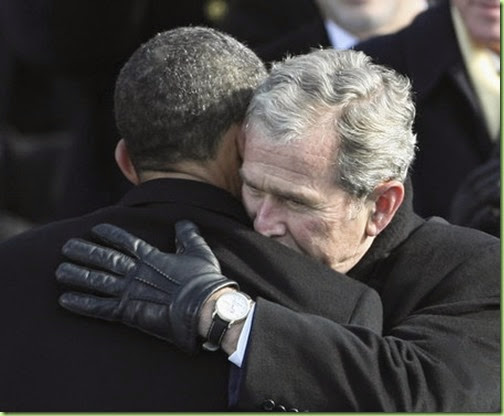 One of them knows what the other doesn’t

Mr. Obama’s fixation on not being Bush is the only thing the Obama team knows or understands. It is also keeping them from being able (or willing) to admit the truth about a world spiraling out of control. No matter who is standing behind a podium these days, you get the distinct feeling that no one in our federal government knows what’s happening, and all their energy is spent trying to keep their stunning ignorance a secret. - Tammy Bruce

And it makes it difficult to clearly formulate a convincing new War/No War policy. After all, when you’ve been on record as many times as Big Guy saying he was elected to “end wars, not start them” it’s hard to eat all those opposite words in one serving.

Like, for example, in 2007 when junior Senator Barack Obama blamed Congress for giving the president the power to wage war that he later abused:

“The American people weren’t just failed by a president, they were failed by much of Washington. By a media that too often reported spin instead of facts… And, most of all by Congress, a co-equal branch of government, that voted to give the president the power to wage war that he uses to this day. Without that vote, there would be no war.”

Of course, you don’t have to eat them yourself when the New York Times is willing to do it for you:

The White House believes that Congress’s 2002 authorization of the Iraq war — and not just the 2001 authorization to fight Al Qaeda — provides a legal justification for President Obama’s air campaign against the Islamic State in Iraq and Syria, the Obama administration said Friday.

The White House has not issued a formal analysis of its legal thinking, but the disclosure adds to an evolving public understanding of its theory about the basis for the strikes against ISIS.

When the bombing began in August, Mr. Obama’s letters to Congress cited his constitutional powers as commander in chief. On Wednesday, Mr. Obama said he already had legal authority for the campaign, but would welcome specific congressional approval, too, and administration officials for the first time cited the 2001 authorization to use military force against those responsible for the 9/11 attacks for the campaign.

Well bless his heart, Barry has discovered that “Opposite World” doesn’t always actually work in what we call the “real world.”

After years of an Obama foreign policy that existed simply to be the opposite of whatever Mr. Bush did or would do, Islamist terrorism and Middle East turmoil have exploded. As Secretary of Defense Chuck Hagel has noted, the Islamic State is “a force and a dimension that the world has never seen before.”

The left, led by Mr. Obama and his sycophantic supporters, truly believed all the world’s ills were the result of America’s arrogance and intrusion. (snip)

Instead, we are seeing the opposite. Islamist terrorism has increased; with our absence, Iraq has fallen apart; with Mr. Obama’s promised retreat, Afghanistan is in turmoil. The isolationist weakness telegraphed by Mr. Obama to the world has, shall we say, not ushered in “peace in our time.”

In the midst of the chaos now sweeping over the Middle East and knocking at the door of Eastern Europe, there is one critical revelation: The rotten fruit of Mr. Obama’s Anti-Bush doctrine has proved that America has never been the problem. Instead, it has everything to do with a sociopathic commitment by Islamist savages to the notion of a worldwide Islamic caliphate. -Tammy Bruce

Okay, now you’ve gone too far: of course America is the problem.

And I have proof that we are living in opposite world:

From the front, jail garb: 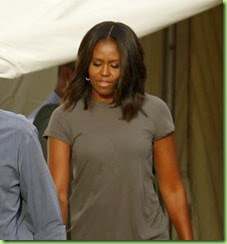 From the rear: blonde princess-in-waiting: 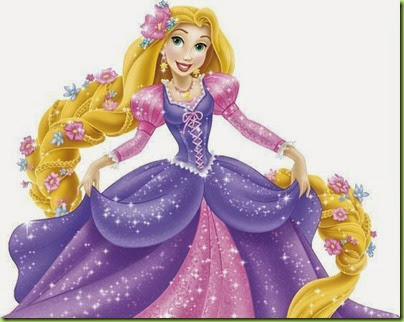 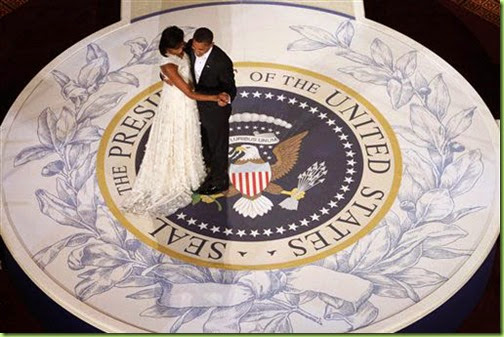 Just remember, every fairy tale has a “fairy” and one man’s fairy tale is another man’s nightmare: 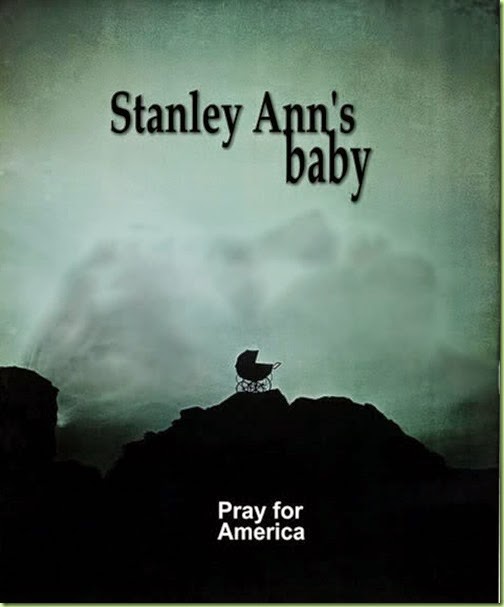 The problem of becoming president with pre-conceived ideas is, the world always has a different plan. Presidents are presented with unique and usually unexpected sets of circumstances to which they must respond. This is why it’s a good thing to elect people to office who articulate a specific overall vision (beyond “hope and change”) and make clear a set of principles that can then be applied in a specific way to whatever unique crisis may present itself. - Tammy Bruce

OMG Did she really wear that top!!

Her tackiness knows no bounds. Just when you think there aren’t any curtains or bedspreads left in the White House, Moochelle finds some more to wear.

Is she wearing that backwards?

Is that for real??

Michelle’s fashion sense (or lack thereof) has been a feature throughout this presidency.

What amazes me is that the leftist media bent over backwards to highlight her superb sense of fashion.