Are you familiar with Candide - Voltaire’s satirical treatise on the foolhardiness of perpetual optimism at the expense of reality? 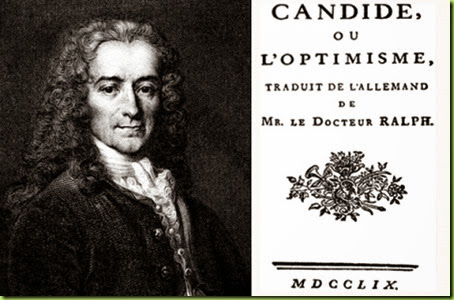 The truth is, we really can’t afford much more optimism in the Age of Obama. There comes a point when not allowing reality to intrude on your version of the world, when preferring the unfounded optimism of Voltaire’s Dr. Pangloss borders on absolute delusion. It seems our own Dr. Krauthammer - a Doctor of Psychiatry not Philosophy – agrees. He has diagnosed our semi-retired President as suffering from just that:

“The image of a man in denial on the verge of delusion. This is a man who is narrowly redefining the threat essentially saying a drone strike here and a drone strike there and that’s all that we have to do. The Global War on Terror he declared to be over or an exaggeration or something that was intolerable in a speech he made in which he said the tide of war is receding and we can’t tolerate it, this war. And, here’s a man who comes into office and denies the existence of a war on terror… It is everywhere. A global war and Obama persistently calling them extremists as if they are extremists for what reason, they’re very upset about a lot of stuff. He will not call it by its name, Islamic radicalism. He will not explain or concede that it is a worldwide movement. And he will not concede that what he’s done for five years… has now beginning to bear fruit everywhere in the world.”

What is it, again, you call optimism that’s utterly absurd and out of touch with reality ? Oh, that’s right – Audacity: 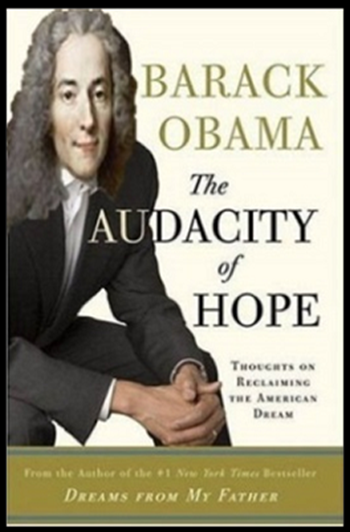 In Candide Dr. Pangloss, like Big Guy, is a tutor and propagandist for impractical metaphysical speculations on unknown topics, or as Voltaire called it, “metaphysico-theologico-cosmolo-nigology.” I know what you’re thinking – don’t go there:

It’s just the study of nothing; I’m not sure if that is satire or irony. 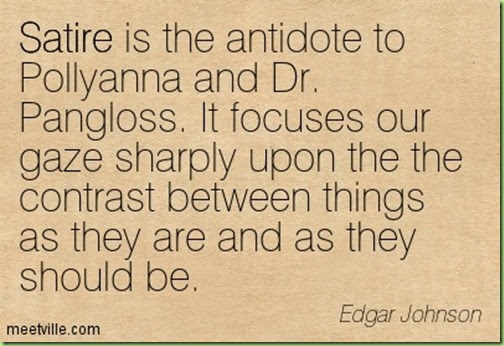 “We decide which is right. And which is an illusion?”

Krauthammer is being kind. If he felt he could be perfectly honest he would say he is completely delusional.

An airstrike here, an airstrike there. Kind of like Hamas using civilians as shields and thinking they are martyrs for the cause. The administration does not want to take out the extremists and cannot tell the truth about their agenda or alliances. Period. It’s not delusion.

What would the head of the current administration do if ever face-to-face with Al-Baghdadi or whatever his name is. He released him. I see a photo op for another bow.