“Everyone jump upon the peace train” (h/t: Yusuf Islam)

Everybody is speculating about why every “child” in Guatemala, El Salvador and Honduras is sneaking across our former southern border. Ann Coulter believes she knows:

The precise reason our borders are besieged is that the 11 million to 20 million "undocumented migrants" currently living here seem just a few more bad Marco Rubio speeches away from being legalized. And the reason they entered the country undocumentedly is that Reagan granted amnesty to 3 million illegal aliens in 1986.

I’ve been noodling on this for a while and still can’t zero in on a single answer. So I thought I’d toss out a few possible reasons and see what you think.  Let’s get in the mood, shall we?

Now I've been happy lately, thinking about the good things to come
And I believe it could be, something good has begun


Oh I've been smiling lately, dreaming about the world as one
And I believe it could be, some day it's going to come


Cause out on the edge of darkness, there rides a peace train
Oh peace train take this country, come take me home again

Now I've been smiling lately, thinking about the good things to come
And I believe it could be, something good has begun


Get your bags together, go bring your good friends too
Cause it's getting nearer, it soon will be with you 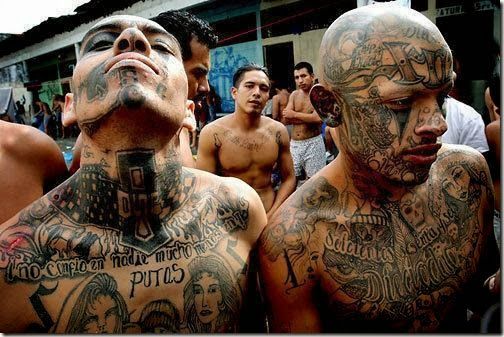 Now come and join the living, it's not so far from you
And it's getting nearer, soon it will all be true


Now I've been crying lately, thinking about the world as it is
Why must we go on hating, why can't we live in bliss


Cause out on the edge of darkness, there rides a peace train
Oh peace train take this country, come take me home again 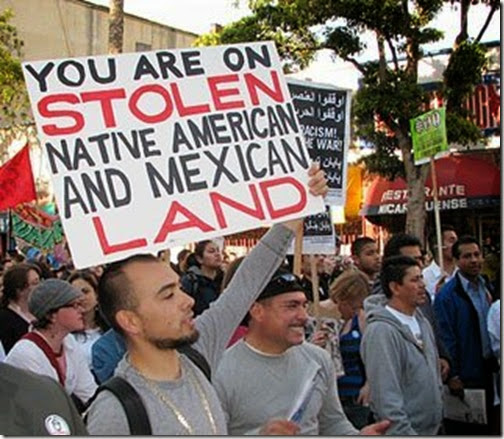 lol... I took one blood pressure pill this morning... and need another after this. Don’t you love the “You are on stolen native American and Mexican land”?

Mexico is a country with a complex history, and had a diverse population of indigenous people that were displaced and/or absorbed by the Spanish from the 16th century on. The case could be made that Mexicans of Spanish heritage are living on land stolen from the indigenous natives that were there before the Spanish arrived - the kind of indigenous people like those from Chiapas that the Mexican government have actively marginalized. Actually, even the French invaded Mexico and ran the Mexican government for several years.

The world is complex like that, and what is written on that sign is indicative of a convenient dismissal of the facts by those who are pushing this concept of ‘Mexico's rightful claim on the southwest’. Further, it's not as if the US is a ‘closed system’ that doesn't allow legal immigration of those of Mexican heritage. It's a reasonable statement to argue that the US treats Mexicans much better than Mexico does. Even further, given the insular nationalistic and violent behavior of the Mexican gangs in LA and elsewhere, it's not as though they are pushing for a ‘let's all join hands’ open society.

IHMO, there's not another place in the world with more acceptance of diversity and embracing of others than the USA. None.