“Beware of false prophets, who come to you in sheep's clothing, but inwardly they are ravenous wolves.  You will know them by their fruits. Do men gather grapes from thornbushes or figs from thistles? Even so, every good tree bears good fruit, but a bad tree bears bad fruit.  A good tree cannot bear bad fruit, nor can a bad tree bear good fruit. Every tree that does not bear good fruit is cut down and thrown into the fire. Therefore by their fruits you will know them.”

When is the last time you heard a good story about the President walking into a restaurant and being told a bawdy gay-sex joke by the cashier? I mean, besides never?

Chalk this up as another first for Big Guy’s historical presidency; here’s what happened when BHO cut in line at a BBQ joint in Austin Texas to buy a ton of meat:

As the president approached, Webb threw his hand down and slapped the counter dramatically. "Equal rights for gay people!"

"Are you gay?" the president asked. 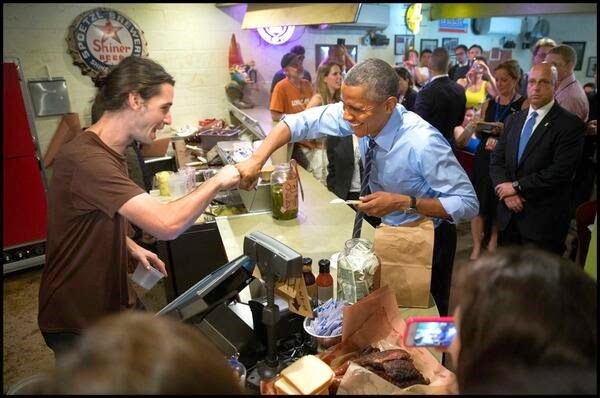 For that matter, when was the last time you heard a President ask somebody if they were gay? In public I mean.

Butt Daniel, the gay-when-he-has-sex “cashier girl” appears to have issues beyond the ho-hum garden variety of “gay” gender confusion: 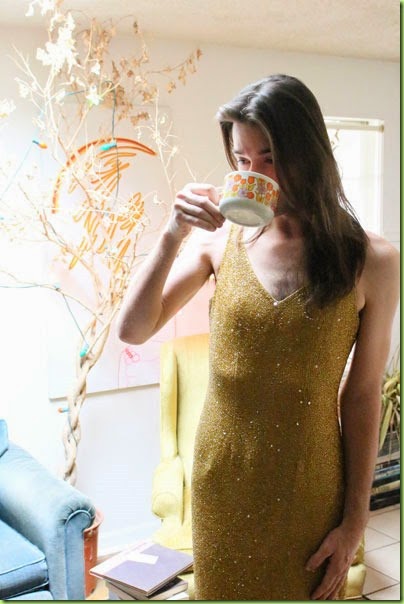 Photo of Daniel, wearing his preferred drag of sequins

"I only wear sequins…It's super-showy, and also easy. Other dresses, I look stupid in. That's when I look like a man in a dress, as opposed to a queen." 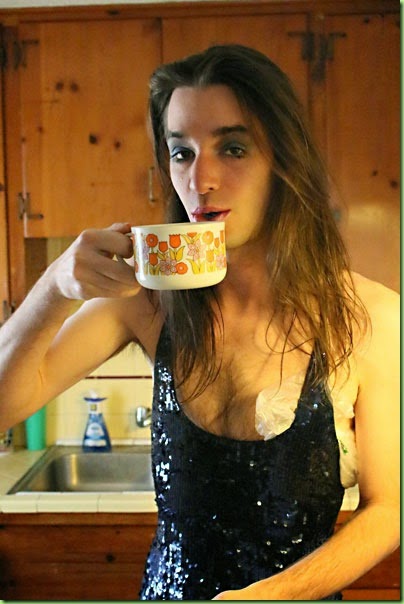 Okay,a queen. If you say so.

So why does Daniel, the gay rights advocate and gender-bender wear dresses anyway?

"You can be a little bitchier, and it makes sense."

Okay, I think I’m beginning to see where he’s going with this: 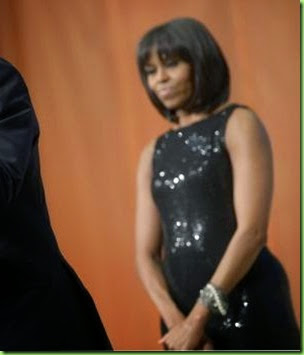 “Does this sequined dress make me look bitchy?”

"My mother got to shake hands with Kennedy in Fort Worth that morning he was assassinated, so just for consistency, it was kind of cool to meet with a sitting president. [ed. Does this person ever listen to what he/she is saying!? If I were the Secret Service, this kind of talk would make me a little nervous.] Her picture [is in a] crowd shot in this book called Four Days, so I kind of want to pull the photos next to each other and then wave it in my sister's face."

Let me go out on a limb here and guess that Daniel may have some unresolved, uh, “mother issues” that he really should deal with. And he really doesn’t look that good in sequins. As for Big Guy: all I can say is thank goodness he’s not interested in photo ops, because anything beyond that fist bump might have come back to bite him. IYKWIM.

Major kudos to Daniel - who “just happened” to be lucky enough to be the “cashier girl” the day Barry dropped in for some meat. His efficient use and exploitation of his 15 minutes is a textbook case of self-promotion. Too bad he can’t teach the government how to do that – the efficiency part, not the self-promotion.

How humiliating to be his secret service detail. Uh, I hate to burst your delusional bubble but..”