Imagine how you’d feel if you were president and had to find out about all of this when you tuned into the evening news. Without so much as a heads up before another disaster strikes it’s hard to “frame the discussion” properly. Which is to say, it’s hard to effectively shift the blame away from yourself and back onto your predecessor (as an aside: read about how Bush is now officially the longest serving U.S. President in history, edging FDR out by 2 full terms).

Butt with things going from bad to worse in Iraq, even Big Guy would rather focus on the lame economy:

I’m not sure how anyone could be surprised that the country experienced negative growth (i.e. “honey, I’ve shrunk the economy!”) in the first quarter.

I mean, what else can you expect when 93 million Americans have dropped out of the workforce resulting in the lowest labor participation rate since Jimmy Carter, another 11 million have somehow joined the ranks of the sick, lame and lazy, and 46 million Americans are on food stamps.

Wow! If this is a recovery, Detroit is a boom town. 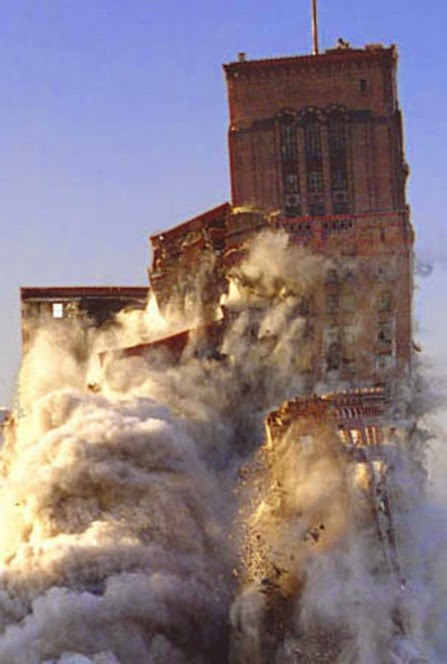 BOOM! Implosion of the old Hudsons store, in the middle of downtown Detroit. 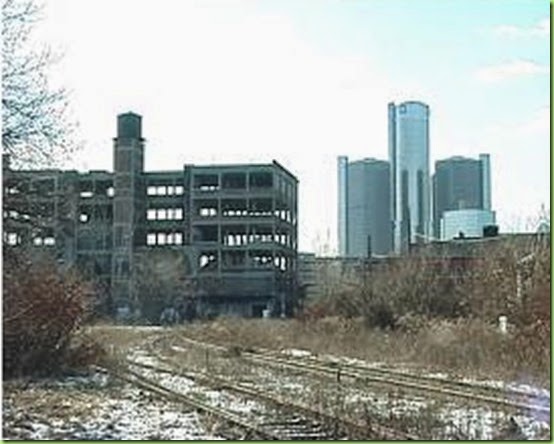 Detroit: what do you see? The shining city on the hill, or the proverbial end of the line?

Conservatives and Republican politicians like to say “if we don’t stop the Dems in the next election, we will become a European Socialist Welfare State.” We need to stop fooling ourselves — we are now there. Half the population lives off one type of handout or another. Most of the income taxes to pay for it are paid for by the top 5% or 10%. Of course people aren’t working and businesses aren’t expanding. That’s what happens in a European Socialist Welfare State. The cost is too high, both to start a business and to employ people.

and the dead beat inhabitants of Detroit have called in the UN to protest their water being cut off because they aren’t paying the bill.

Everything is supposed to be free now, I guess.

The execrable Thad Cochran's campaign successfully appealed to black democrat voters by threatening them with loss of their welfare checks, taxpayer funded lunches, and other funds stolen at gunpoint from the Productive Class if they didn't vote for him.

America is no longer the “shining city on a hill” because sufficient numbers of American voters don’t want it that way. What they want is a turd-world socialist welfare state that gives them cradle-to-grave freebies.

The scant “media” coverage about that precipitous drop in economic activity meets with no concern or outrage, because the largesse will keep flowing.