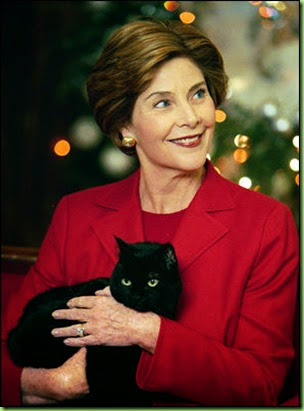 Laura poses with India the cat

and a fine whiner?

Grumpy Cat get’s her bangs on

Answer: one enhances anything it is served with, the other, well, what’s the opposite of “enhances”?

In a sneak-peek for a special “First Ladies” interview with C-SPAN, former First Lady Laura Bush responds to a question about whether or not the president’s spouse should get a salary. She replies that she doesn’t “think so,” because “there are plenty of perks.”

About her job as FLOTUS:  “it’s a really nice prison.” (and, she doesn’t get paid for it!)

So, as the world burns and our stomachs churn, BO holds a “Working Family Summit,” and has lunch at Chipotle with a hand selected diverse group of people concerned about such things. Meanwhile, Lady M lectures us on why we need a female president “as soon as possible” because “this country is ready for anyone who can do the job."

Well yes; I suppose after five and a half years, having “anyone who can do the job” would be refreshing, wouldn’t it?

Anyway, I wonder if Lady M has any woman particular in mind for president, or if any “female” would fill the bill. 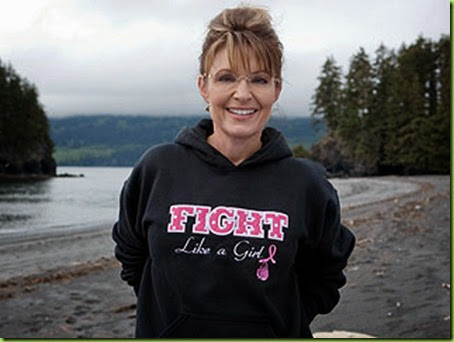 I’m guessing the answers are “yes” and “no.” What do you think?

Hussein is the first homosexual president.