Did you read Thomas Lifson’s breaking news report about Big Guy getting caught soliciting an escort service? (h/t deehra) No, silly, not for himself; he has people who handle that sort of thing. Nor was it for his Secret Service team, they too have their sources. No, the solicitation was for Homeland Security. The request-for-proposal they issued stated they needed escorts to help transport the gazillion new “wee citizens” and MS13 gang enforcers streaming across our former southern border to safe havens in Greyhound bus stations in Arizona.

Since the law requires that all official federal government operations put such solicitations out for bid, and since you, the taxpayer, will be funding the operation I thought you might want to review the proposals we’ve received so far:

Mexico Lindo Bar has the Mexican chops we’re looking for, offers English as a second language and it comes highly recommended by our State Department, Embassy and Secret Service staff.

Next up, a bid from Mega Escorts* (please see footnote* below):

With world wide locations, including Mexico, Honduras, El Salvador and Guatemala, this service has a leg up on the others. Combined with higher than average scores with respect to escort diversity (a requirement now to bag federal contracts), 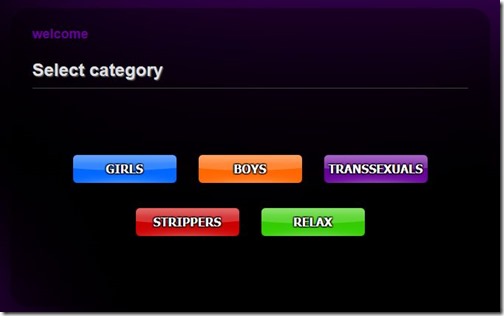 and a bi-lingual website in your choice of either English or Espanol (another requirement for bagging a Homeland Security contract) and Mega Escorts is a top contender by any international standard.

Finally, we nailed one domestic contender; the U.S. based uber-escort service Eros* (please see footnote* below): 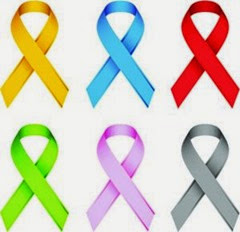 If Eros comes up short, it’s only because it does not have locations in the 4 states that we expect the majority of our new “citizens” will be arriving from: Mexico, Honduras, El Salvador and Guatemala.

Now that you’ve got the low down on the top three contenders, Big Guy, as usual, would like your input before he ignores it and does what he feels is right. So, I’m posting a “little pole” so you can vote for the escort service that you think best meets our Homeland Security needs. As usual, Chicago Rules apply so vote early, vote often, and solicit your dead friends and relatives to do so also. 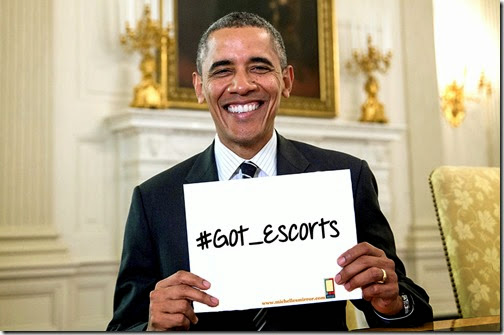 *Warning: these are real escort services. You probably don’t want to Google or Bing them if you are at work, your history is likely to be reviewed by someone who might conclude that you are, um, curious or if you don’t want your computer to contract a PCSTD .

Then, DH”S” ignored MULTIPLE warnings before the Boston
Atrocity and let the terrorists back into the USA
without a passport.

Now, the EXEMPT US Congress laughs, gets drunk on their
exclusion to Laws they pass for others, and are eager
for the child brothels filled with incoming children
‘escorted’ by DH”S”.

"Did Obama say latino escorts? Quick, somebody unzip me."

3 posted on 06/22/2014 5:42:01 AM PDT by Liz (Another Clinton administration? Are you nuts?)
[ Post Reply | Private Reply | To 1 | View Replies]
To: All
Next up, we have a bid from Mega Escorts with hot world wide locations: Mexico, Honduras, El Salvador and Guatemala. This service has a (you should excuse the expression) "leg up" b/c escort diversity is a plus (and a federal requirement to bag escort contracts). Mega Escorts has a bi-lingual website in your choice of English, Espanol, or Spanglish (another federal requirement for DHS contracts).

Mega Escorts is a top contender for federal approval.

Things are looking up for Team Obama. With this escort service, they actually have a website that works.

“Bill”... One more reason NOT to elect Hillary.