Okay troops, MOTUS is hitting the road today for her quad-annual cross country road trip, and the mountains do not do intertubes well, regardless of which service you buy, so the best I can do is to refer you to a most insightful article on Lady M. If somebody has already linked to it, I apologize butt have not had time to even check yesterday’s comments.

It’s by Thomas Lifsom, editor of the wonderful American Thinker and he has taken Lady M to task; dissecting her comments to a group of “kid reporters” after the fantabulous Spring Sphere Roll. As you can see, she treated them very professionally: sitting around on the floor hippie drum circle style. Good practice for when they become official members of the Main Stream Media. I will just point out that this is not how we entertain the staff from Vogue, Better Homes and Gardens and Ladies Home Journal. 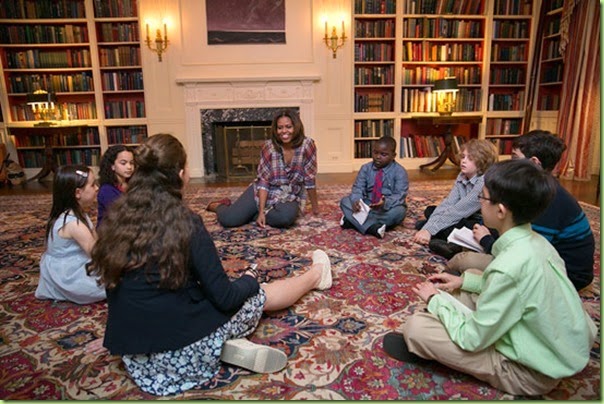 Okay then, is everybody comfy? This is how Buh-Rock and I like to relax every night.

She responded to the kids questions by giving them important facts on the yin and yang of eating:

"How would you appreciate vegetables if you never had chocolate?" she asked. "You couldn't live without a little chocolate, a little French fries."

I would thing it the other way around: how would you appreciate chocolate if you never had any vegetables, butt whatever. And BTW, if you adhere to the old definition of “anything you can throw into a pot of soup” then French fries are a vegetable.

She told the children that if they eat right the majority of the time, then a splurge or snack is not going to hurt them. "I still splurge when I can, but that's why I try to exercise almost every day," she said. [emphasis on “try” and “almost”]

Mr. Lifsom thinks this as a cry for help:

I find this a fascinating glimpse of a tortured soul, one obsessed with food, and with the practice of letting go of restraint when it comes to consumption. Might this offer some insight on her behavior regarding luxury vacations, clothing, and other such living large behavior for which she has become known.

Meanwhile, also yesterday, the first lady instructed the nation on how to dress salad (no kidding!): 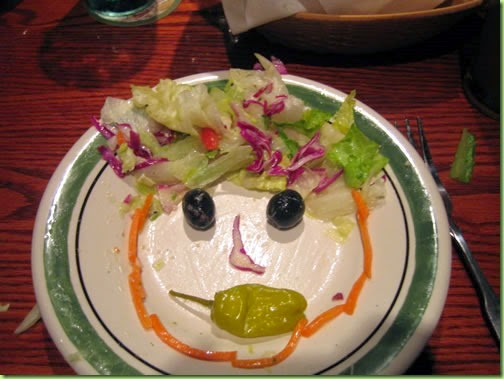 Who would know how to dress a salad better than our MO? 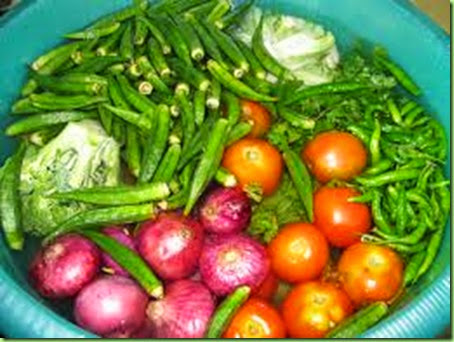 If your vegetables are swimming, they would technically be soup

And then Mr. Lifsom wraps up with this apt question:

Paraphrasing Homer Simpson: Michelle Obama: Is there anything she doesn’t know?

Well, for one thing, she doesn’t seem to know much about dressing. Even for events at the Olive Garden, famous for their bottomless salad. This little number that Lady M wore to one of her Let’s Move healthy eating event at an Olive Garden (proud supporter of Lady M’s No Childs Fat Behind program, and recipient of an Obamacare waiver) might be mistaken for an ironic interpretation of a mid-century Howard Johnson uniform: 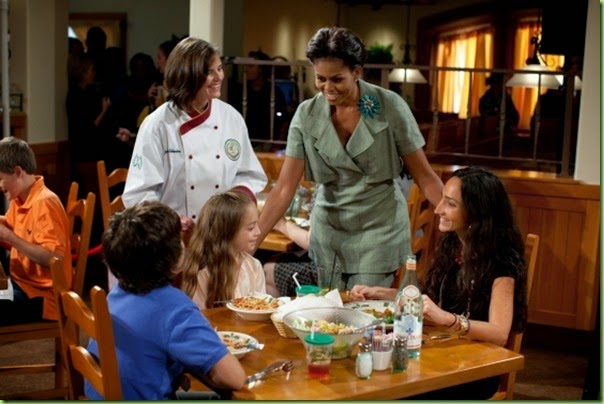 Or how about this distinct ensemble (more details of this election year appearance, also at Olive Garden, available on Our Diptych Trip Tic) in coral, plum and fuschia? Tell me that’s not an overdressed salad. 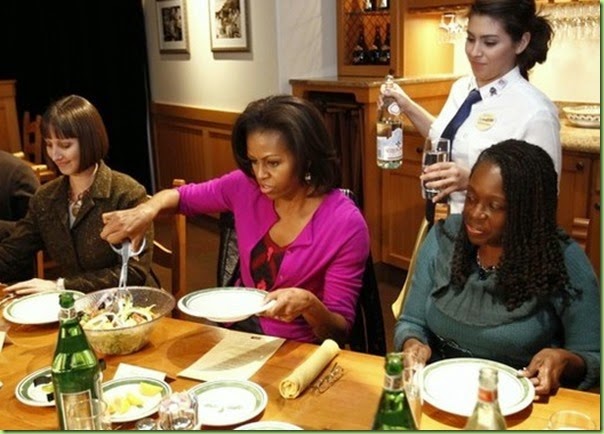 See now, this is how you dress a salad.

And here’s something else that Lady M doesn’t really know all that much about, sentence structure:

“…so you're not supposed to have like, extra dressing on the bottom of your -- that means you've had too much dressing.” [verb, in search of an object] 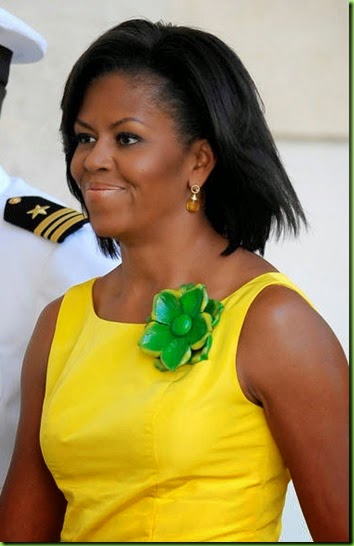 My, that cabbage is well dressed.

Well, that’s all for now. This is MOTUS, on the road, somewhere in Flyover country, signing off. I’ll be back tomorrow to report on Big Guy’s Big Sushi Night: 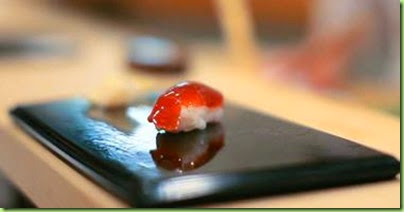 I wake up screaming LEAVE ME ALONE! She’s only one reason.

Maybe by starving the peons so they appreciate every single radish slice. I'm sure the victims of the Holodomor didn't worry about chocolate. And after seeing some of the Michelle approved school lunches, those kids are going to fight over every lettuce crumb. (time to start growing some veggies under camouflage netting)

“…so you're not supposed to have like, extra dressing on the bottom of your -- that means you've had too much dressing.” [verb, in search of an object]

Lettuce is merely the framing for your dressing house.