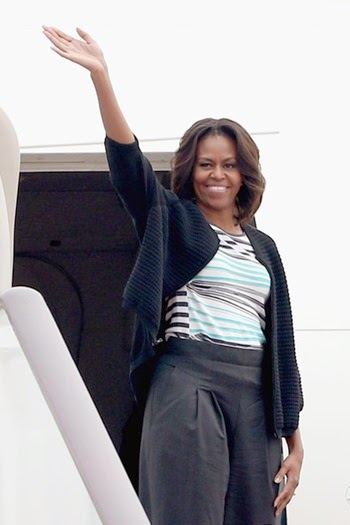 “It turned out to be a somewhat more substantive swing through this massive country than expected, displaying Obama’s deft ability to mix diplomacy with her personal narrative. Before flying home late Wednesday afternoon, she had raised the issues of minority rights, Internet access and religious freedom, all while charming the Chinese public by skipping rope, practicing tai chi with high school students and declaring herself awed by the nation’s ancient tourist sites.”

In other words: an awesome piece of soft diplomacy success, according to the Washington Post, as well as the White House (who have been known to collude cooperate reach the same conclusion in the past – an OT must read).

“I would argue that her approach was more effective” than lecturing, a senior White House official said, speaking on background to explain the thinking behind Obama’s tact. “There wasn’t any one thing to censor.”

I wonder if we’ve learn anything from that senior White House official’s observation? Like lecturing doesn’t work? 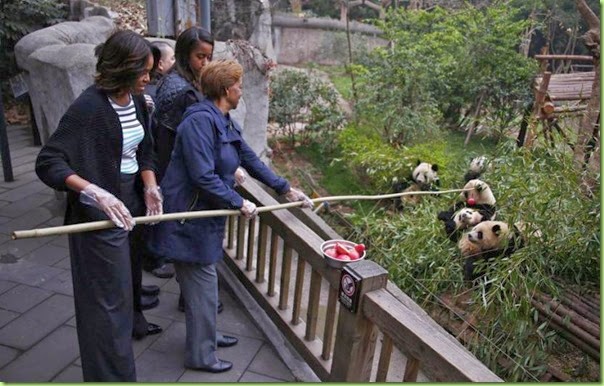 “No more preaching about the right foods to eat, I’ll just feed you what you’re allowed to have.” Is poking Pandas with a stick part of our “soft diplomacy?”

Here’s how they do it on the Chengdu Panda Base:

Although it looks to me like there are still a few roly-poly Pandas there. They must have figured out how to sneak in a few forbidden snacks. 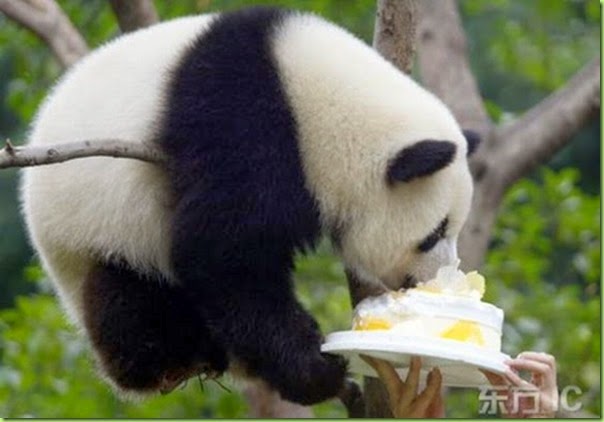 So while Lady M and the Wee Wons were winging their way home, Big Guy was visiting Vatican City. First he was greeted by the Pope’s Swiss Guard: 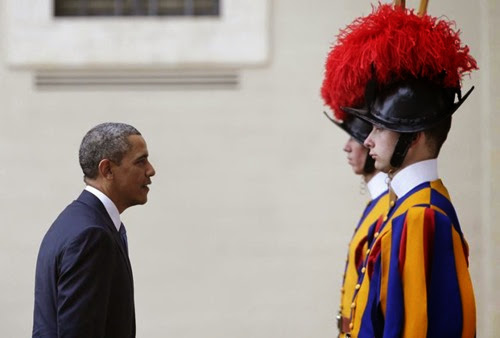 “I have got to get me some of these!” 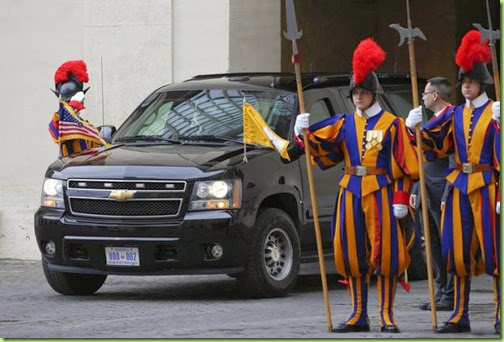 “Oh yes, they look sweet with my fleet!” 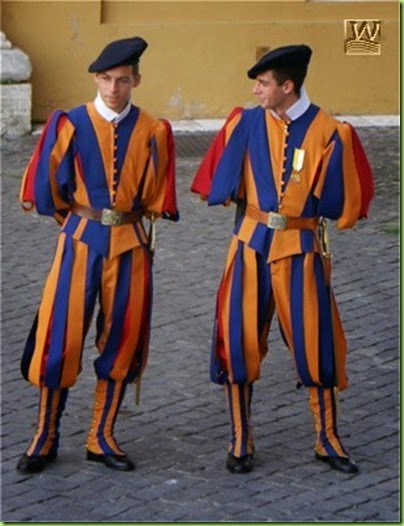 “I wonder how they’d look holding an umbrella?” 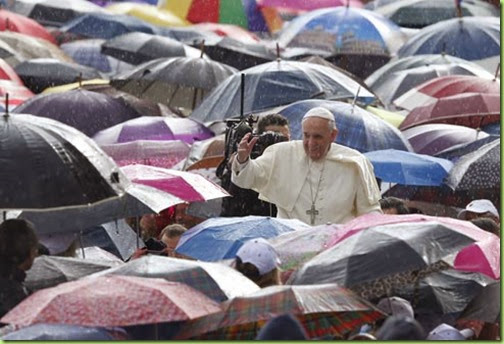 Apparently not so good, I don’t think this will work after all.

And finally His Holiness (Pope Francis I mean) greeted Barry: 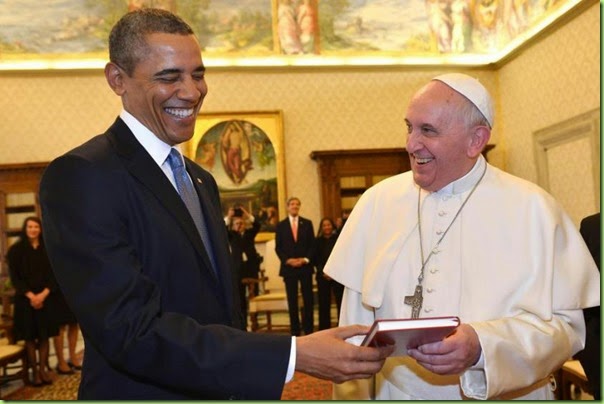 His Holiness meets His Holiness: and presents him with a copy of his book, Evangeli Gaudium.

In return, Big Guy gave His Holiness some seeds from Lady M’s Organic Garden of Good and Evil (good symbolism, protocol people!) and an invitation to visit if he ever happens to be in town:

Obama invited the pope to visit the White House as he was giving Francis a symbolic gift of seeds of fruit and vegetables from the garden of the presidential residence.

"If you have a chance, you can come to the White House and you can see the garden," Obama said to the pope as he was explaining the gift to the pope.

An interesting side note: In the Catholic Church the ombrellino (the "little umbrella") is a symbol that replaces the papal tiara over the crossed keys of the Vatican's “emblem” during the interregnum between the death - or in the case of Pope Benedict XVI, the resignation of - the Pope and the emergence of his successor. It symbolizes the ‘sede vacante’ – “empty seat” of the Papacy.

“Sede Vacante?” Hey – I think we’ve got one of those seals too! 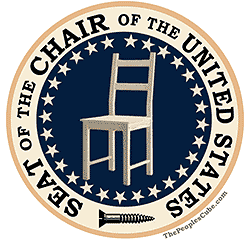 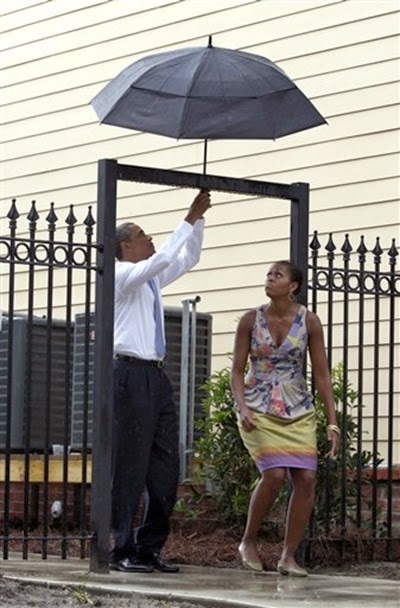 In the China that Michelle has been so blithely prancing around, her precious daughters would have been killed at birth or before.

The woman has NO clue.

The Chinese will smile politely. She dosn’t want to know what they’re thinking though.

Ah, yes. Michelle Obama, the happiest person on the planet, because (as we all know) ignorance is bliss.

If yo mama is a biotch you to is da same