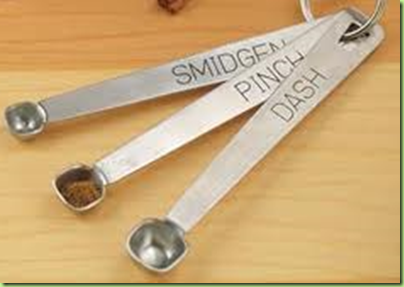 Big Guy told O’Reilly that there’s “not even a smidgen of corruption” in the IRS actions taken to investigate conservative groups. Now Congressman Trey Gowdy wants to know just how big a smidgen is. Is it more than a soupçon? Less than a scintilla?

With all due respect, and despite the fact that BHO has completed his own internal investigation and concluded that the IRS is a phony scandal, House Oversight Chairman Darrel Issa – and Trey Gowdy - are still not satisfied:

Worth watching the whole thing if you have time

And they want more answers from Lois-I-did-nothing-wrong-butt-I’m-taking-the-Fifth-Lerner. 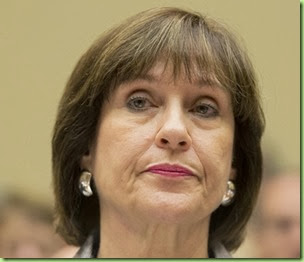 Accordingly, the Chairman has recalled her to testify to Congress next week. Her attorney says she will only do so if granted immunity. Immunity for what? Not a smidgen of wrong doing? Not a scintilla of corruption? Congressman Gowdy says there will be no immunity until we know exactly how big a smidgen is.This is almost as good as the season premier of The Americans!

Meanwhile, Harry Reid has called out all those lying Americans who are making up horror stories about their Obamacare experiences. He later walked back his accusations, saying only the “vast majority” of them were liars.

I don’t know what to think; if Obamacare isn’t fraught with horror stories problems unrealized opportunities, why does Big Guy have to keep unilaterally changing all the rules? 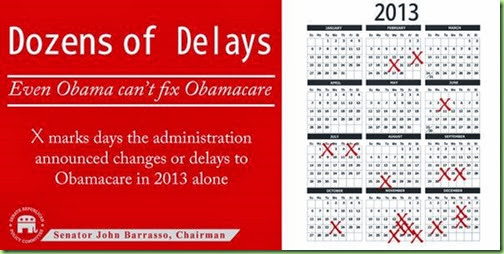 Butt enough of all this; let’s talk about something fun. Do you remember how anxious you all were to see the rest of this frock that Lady M wore at the 2012 Governor’s Ball? 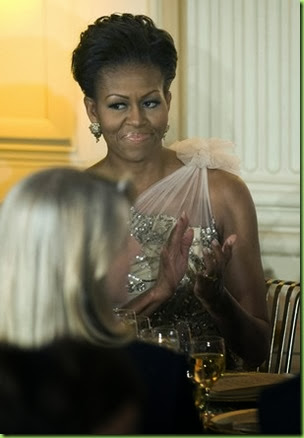 Well, finally, you can; it’s now on display in the Smithsonian, cleaned, nipped and tucked for display: 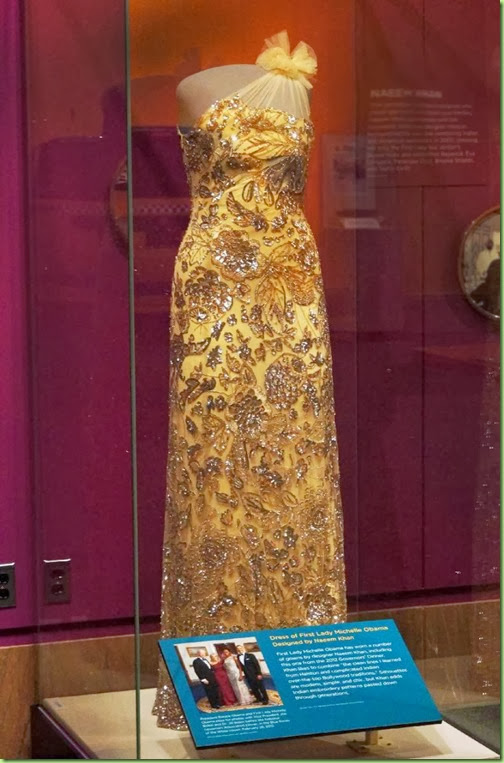 The frock, designed by Indian-American designer Naeem Khan especially for Lady M, is part of a special Smithsonian exhibit - “Beyond Bollywood: Indian Americans Shape the Nation” - on the history of Indian immigration to the United States and the influence of Indian-Americans.

*Hee* - “Indian Americans Shape the Nation.” Actually, it’s the NASA designed industrial strength containment systems that do most of the “shaping” for Lady M, butt the gowns are a nice finishing element. And Naeem is definitely one of Lady M’s favorite designers “shaping” America:

Of course, some of Naeem’s designs “shaped” America better than others. 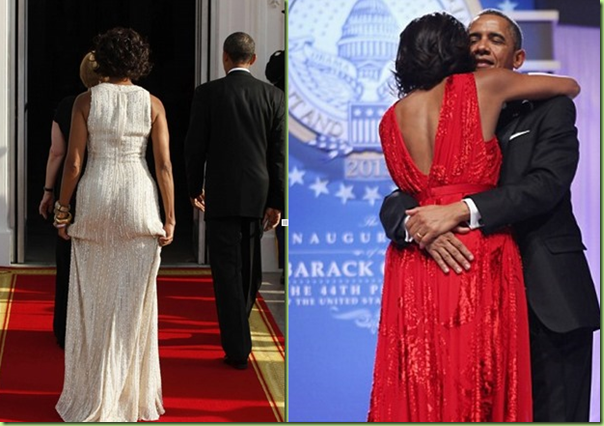 And there’s not even a smidgen of construction involved in any of his creations. The man’s a creative genius!

Maybe we should recruit him to redesign Obamacare. 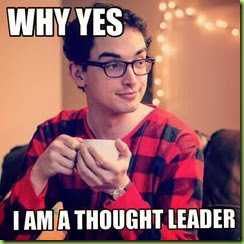