I don’t know about you, but I can’t make heads or tails out of what’s going on in the Ukraine. 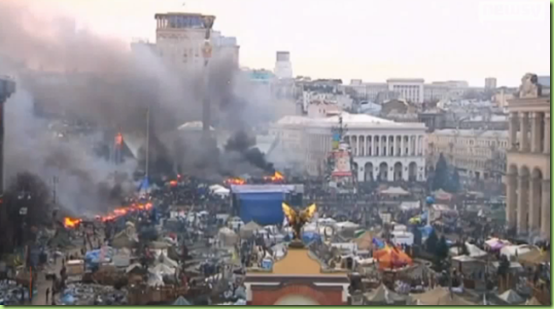 Butt if you squint, it looks just like another Arab Spring…only in Ukraine.

All I know is that Ukrainian President Viktor Yanukovych was forced to flee Kiev, leaving his swanky chateau open for public tours to view how their betters live: 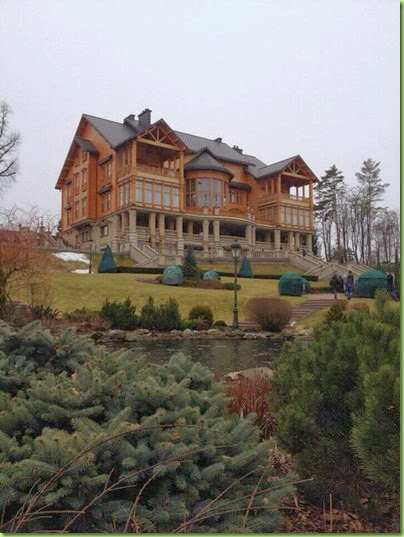 They came to see the awesome crystal chandeliers, the collections of cars, boats and motorcycles, 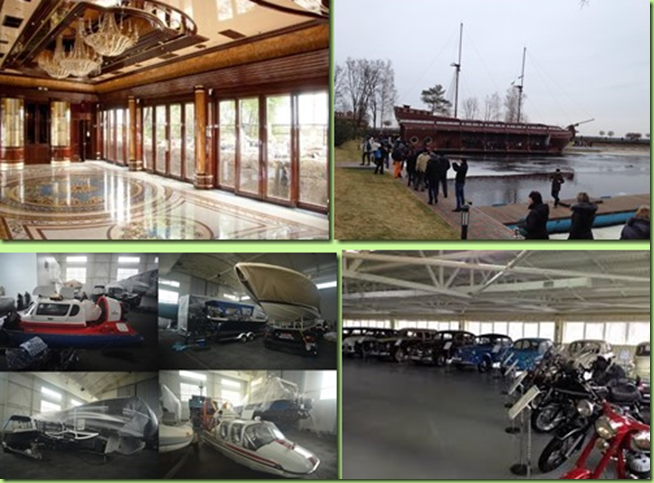 They also enjoyed visiting the on-site zoo housing everything from exotic peacocks to the more traditional farm-to-table fare.

and playing a round of golf on the President’s private golf course. 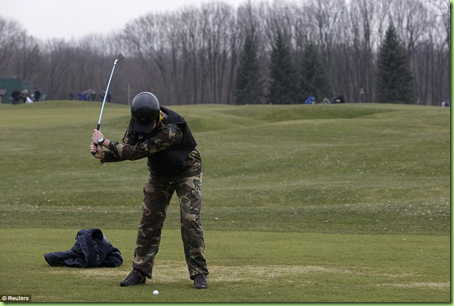 Viktor claims this was an unlawful coup d'état, and vows to take back his rightful position straight away.  Undermining his claim of an undemocratic coup however, the army declared it will not get involved. It looks like he was constitutionally impeached by an overwhelming majority of the sitting Parliament. The whole affair unwound very quickly and is very unsettling.

Fortunately nothing like that could ever happen here. Oh sure, we’ve got our share of golf courses, peacocks and pigs; butt we don’t have a Parliament - and everyone knows we have a do-nothing Congress.

Anyway, rumors were flying around like rabid bats yesterday; an initial report from CNN had it that Al Yankovic had been impeached: 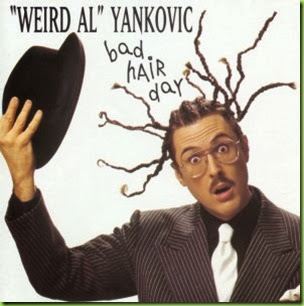 The good news is that in the process of impeaching Yanukovych, his chief political opponent was released from jail where she’d been held for 4 years under some arcane Soviet Era law. 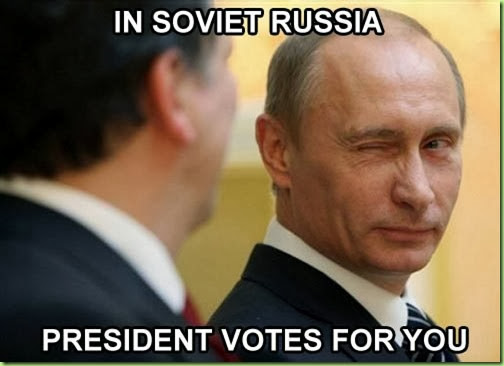 While nobody knows who will fill the leadership gap in the Ukraine, many famous Ukrainians, both dead and alive, have been suggested:

Deceased, butt still considered inspirational, one way or another, by some Ukrainians: Golda Meir, Nikita Khrushchev, and Leon Trotsky.

I know Big Guy doesn’t want to get involved – NOT because he’s afraid of Putin, mind you, – because it’s really none of our concern. Butt I don’t see why he couldn’t just appoint a temporary President as a placeholder until the Ukranians decide if they want to be an EU doormat or a Russian puppet. After all, we’ve got an embarrassing number of excess Czars around here, so it only seems fair to spread some of that wealth around the world.

In related news, Harvard University is currently leading the parade in the world-wide “justice” over freedom movement. In an editorial titled “The Doctrine of Academic Freedom – Let’s Give Up On Academic Freedom in Favor of Justice” senior Sandra Y.L. Korn, a joint history of science and studies of women, gender and sexuality major un-ironically argued her premise:

“If our university community opposes racism, sexism, and heterosexism, why should we put up with research that counters our goals simply in the name of ‘academic freedom’?” 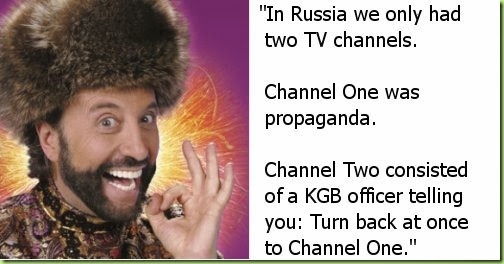 Wow, cool post. The dacha pictures help you to “get inside the mind” of the rulers.

If your local oligarchs are allowing you to live like that (in a third world country)...

Hell, we’ve got our own ruling class right here. Same disconnect from the reality of the working class and only focused on what they can graft and steal. It’s disgusting.

Weird Al attended my college. But so did John Madden, Ozzie Smith,
Chuck Liddell, and the creators of CLIF Bars and Jamba Juice.