Well, that was painful. To quote the VodkaPundit:  “I miss James Buchanan.”

Focus groups nixed our “income inequality” altogether and didn’t like our “ladders of opportunity” a whole lot better so we had to pull most of those references too. Leaving us with just this:

“But what I offer tonight is a set of concrete, practical proposals to speed up growth, strengthen the middle class, and build new ladders of opportunity into the middle class. Some require congressional action, and I'm eager to work with all of you. But America does not stand still - and neither will I. So wherever and whenever I can take steps without legislation to expand opportunity for more American families, that's what I'm going to do.”

“Opportunity” tested positively so we used it as a stand alone 12 times. In fact, it worked so well, that “opportunity is who we are.”

So since I’m sure you were too busy to watch Big Guy and TOTUS, here’s my synopsis of the speech, in no particular order, complete with the ladders of opportunity Big Guy envisions for his stalled upward mobility:

“Build ladders of opportunity into the middle class:”

We still need to fight against the War on Women: they need more ladders to make as much money as their male counterparts: 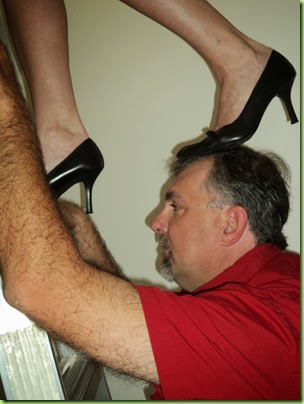 Unemployment: (Not my fault!) We need more safety nets under the ladders we pulled out from under you. 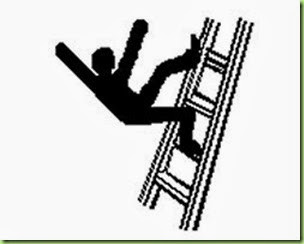 Upward Mobility: Stalled! (Not my fault!) 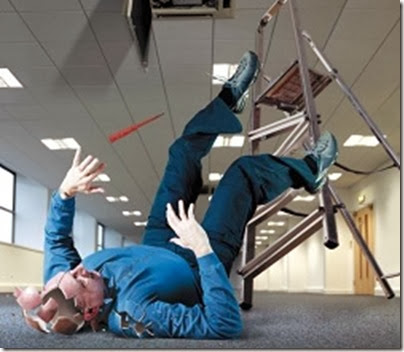 Time to cut to some of the human props; we’ve got one for every special interest group. 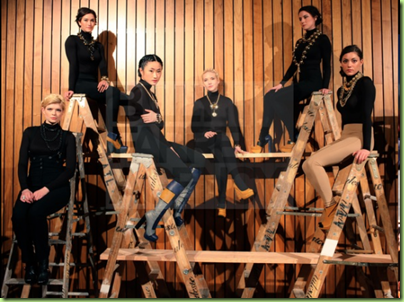 “But America does not stand still.” Thanks to Michelle, we’ll leave No Child’s Fat Behind™.  Everybody’s moving! Next, let’s try putting that ladder upright. 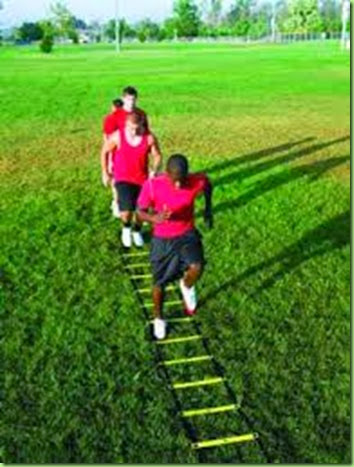 Action! I’ll take action! With or without Congress: 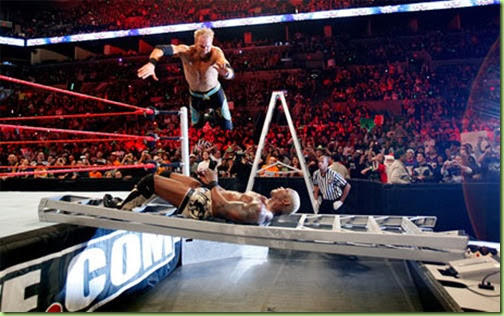 Unintended consequences to be addressed at a later date: 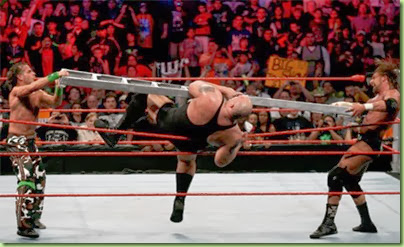 Come on! That’s a ladder of opportunity I tossed you!

Obamacare! We’re fixin’ it! (and that’s all I’m going to say about that) 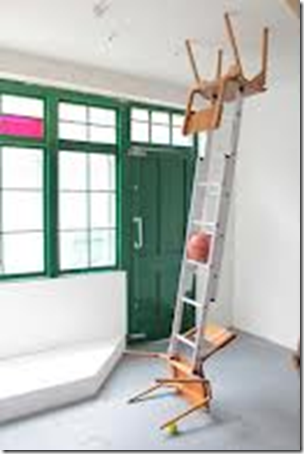 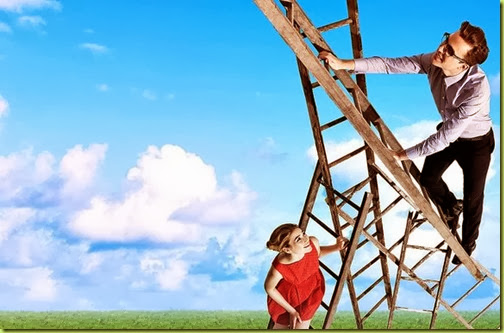 How exactly does this help if I don’t have a job?

"I'll act on my own to slash bureaucracy." The Pen and Phone ladders of leadership:. 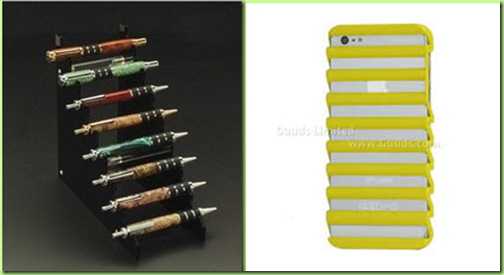 Regarding energy: Natural Gas! Love it! All of the above! Love it! (except fracking, coal, drilling in the gulf and the Keystone Pipeline) 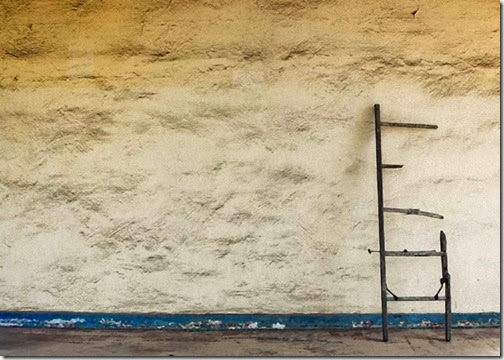 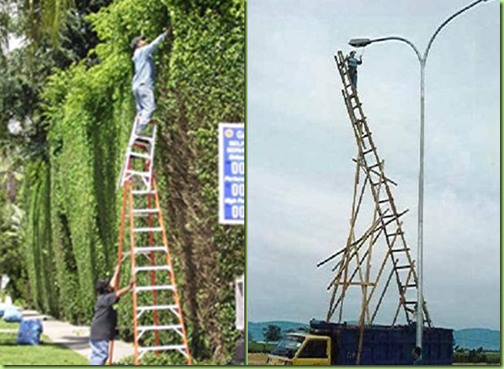 “But average wages have barely budged. Inequality has deepened. Upward mobility has stalled. The cold, hard fact is that even in the midst of recovery, too many Americans are working more than ever just to get by - let alone get ahead. And too many still aren't working at all.”

Again: not my fault! Okay? Can we get somebody in here to fix these ladders! 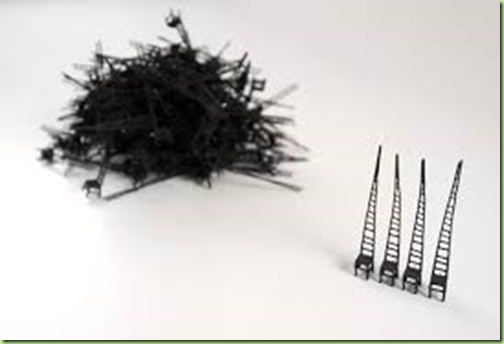 I need this mess straightened out. 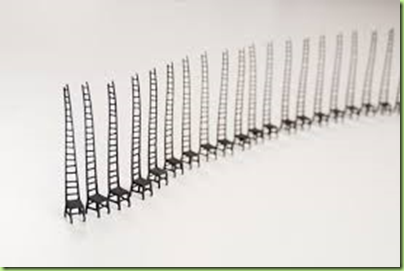 let’s get these empty chairs all lined up. 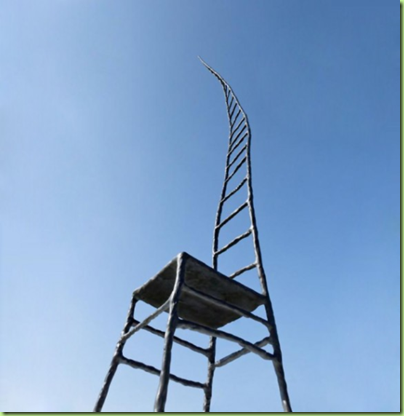 And while you’re at it, make the ladders a little taller:

Raise the minimum wage. “It will give businesses customers with more money to spend.” 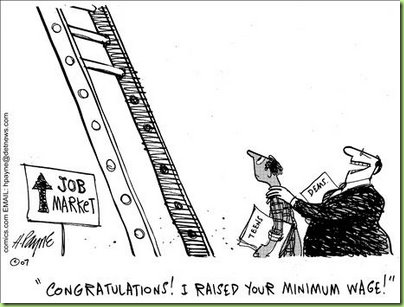 Which is good, because businesses will all have to raise their prices.

And of course: Marriage Equality! 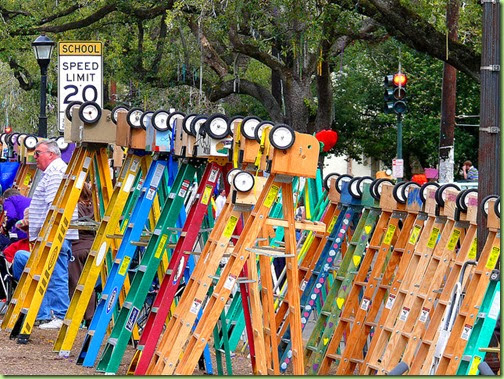 Education: American students are Racing to the Top, where, once there, they’re “trapped by student loan debt.” 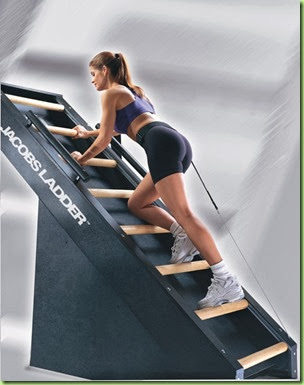 “The debate is settled. Climate change is a fact.” 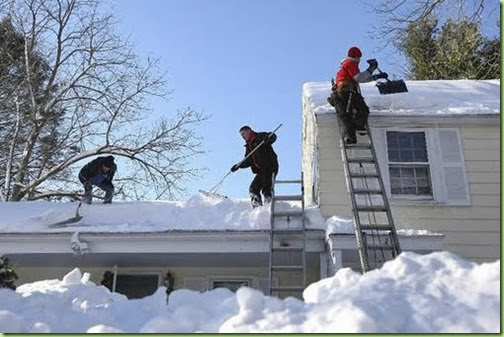 Yep, in some places it snows every winter. 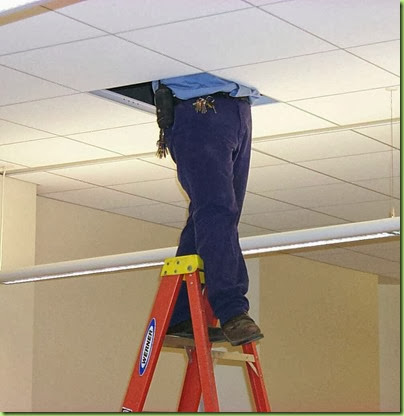 Hey! Come down from up there: hot air rises you know.

And that was about it. Here’s your Obama Sixth SOTU speech take-away: 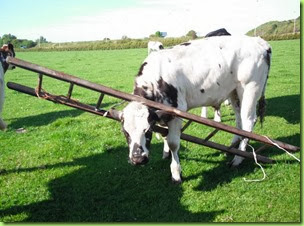 Or bad things may happen to you

And now a message from our sponsor: Get your own copy of the complete SOTU address along with a copy of our new rainbow ladder of opportunity logo! Yours free for a donation of only $10 or more! 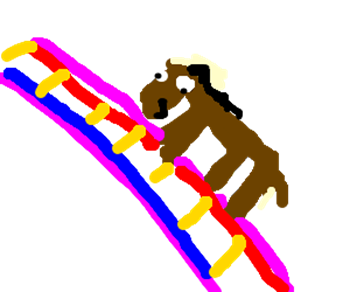 Although B. Hussein Obama has an aversion to taking credit for his abundant failures, lies, and criminal acts, B. Hussein did a credible job of describing just what his failures were in last night’s State of the Obamanation Failed Union Speech.

B. Hussein waxed eloquent on his description of how the Keynesian “Prime the Pump” stimulus theory of economics has failed without ever mentioning Keynes, or economic stimulus.

It was a masterful slight of hand speech, worthy of B. Hussein’s reputation as a consummate lying, con-artist, (pardon the redundancy).

Now that Commie Obama has been forced to admit that Communism (Mandatory Universal Federal Medical Insurance Tax, aka Obamacare), Economic Stimulus, Fed-controlled low interest rates, and Constitutional violations have made the last 5 years a living Hell for The Middle Class in America, the question I have is as follows:

“Who in the RINO Wing of the Republican Party has learned NOT to repeat what B. Hussein has proven for 5 years to be failed Federal Government policy?”

What say all of you?

PLEASE Make Yours Today, Monthly if you can!

3 posted on 01/29/2014 8:34:04 AM PST by onyx (Please Support Free Republic - Donate Monthly! If you want on Sarah Palin's Ping List, Let Me know!)
[ Post Reply | Private Reply | To 2 | View Replies]
To: NOBO2012
Minimum Wage = Make the first rung on the ladder unreachable for those who need it most.
Income Equality = There is only one rung on the ladder.
Upward Mobility - No such thing. You are born into the standard living standard and live out your life there.

Unless you manage to join the political class.