It’s certainly not the first time we’ve celebrated cheese around here (see: “Rats Jump Ship; All that Remains is de Brie” - a don’t-miss rerun from the MOTUS vault) butt did you see that we’re having an official Big Cheese Day at the White House? 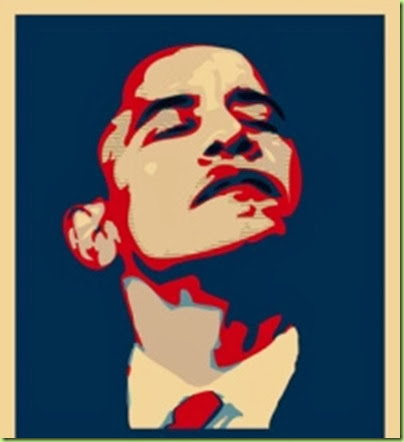 “On Wednesday, January 29th, with a nod to history (and maybe the TV show the West Wing), the Obama Administration is hosting the first-ever virtual "Big Block of Cheese Day," during which dozens of White House officials will take to social media for a day long 'open house' to answers questions from everyday Americans in real-time on Twitter,Facebook, Tumblr, Instagram and via Google+ Hangout.”

Yes, Big Guy’s Big White will be following in the footsteps of the lesser presidencies of Thomas Jefferson:

This was the motto on the box containing the mammoth cheese sent to Thomas Jefferson at the White House on the first day of January, 1802. It was a gift from a number of foreign-born citizens of Pennsylvania, who sent it to the President in token of their appreciation of his annual message setting forth his views on naturalization. The cheese was made in West Chester, Massachusetts, and weighed 1,235 pounds. From West Chester it was drawn to Washington in a wagon pulled by six horses, taking many weeks for the journey. When it reached the White House, ceremonies were held and Mr. Jefferson made a speech in which he said he would accept the cheese provided the donors would permit him to pay two hundred dollars for it, or fifty percent more than its market price. [ed: PAY for it? What a schmuck!]

Jackson also received a number of large cheeses, which were "set out" as a form of refreshment for White House guests. Andrew Jackson's cheese came from a dairyman named Meacham, of Sandy Creek, New York. At the White House reception on Washington's Birthday, this gift to President Jackson had a conspicuous place, the incident being described by a chronicler of the day thus:

"It had been officially given out that the President's mansion would be thrown open to the people on this day, and that they would be entertained with a cheese, four feet in diameter, two feet thick and weighing fourteen hundred pounds, a cheese which beats the great cheese that was made an offering to Mr. Jefferson, as the most appropriate present the farming class could tender to the President." 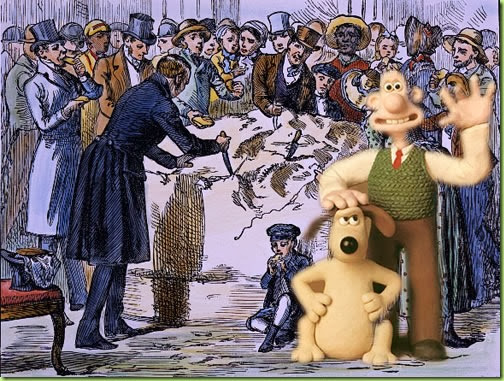 I can’t tell you much about the actual cheese-in other than it will offer up plenty of stinky cheeses: 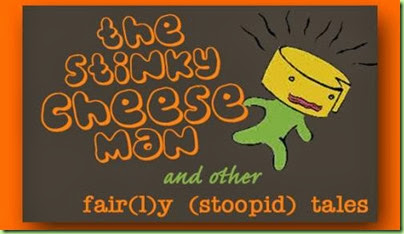 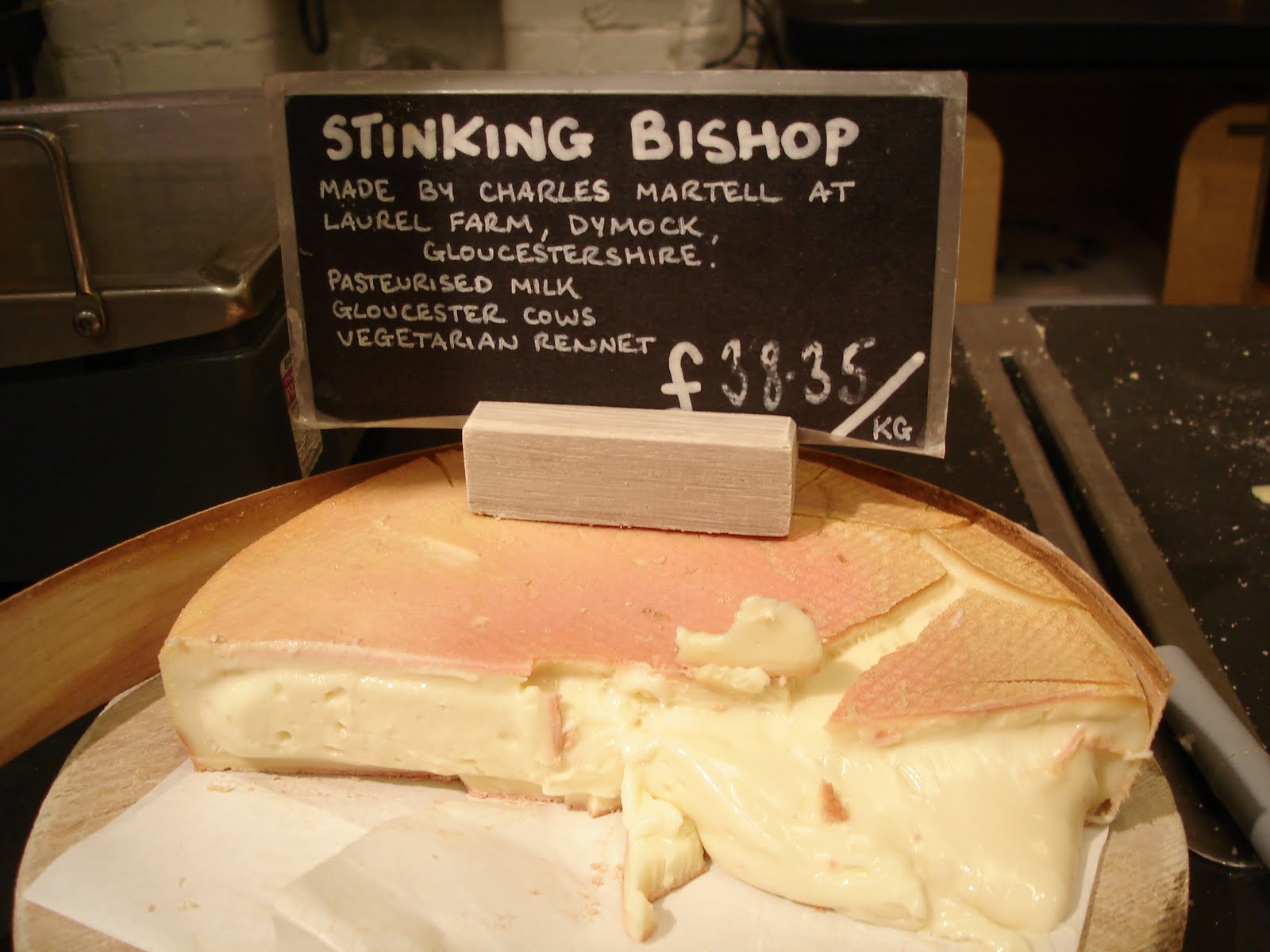 Officially the smelliest cheese in the world

and maybe even a little vintage whine wine to go with it: 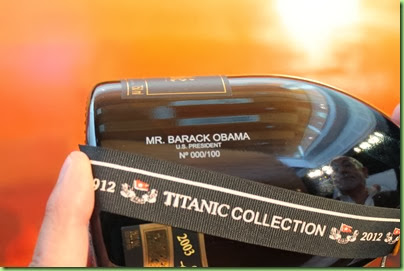 Interesting wine selection, I wonder what cheese it goes best with?

1 in 5 households on Food Stamps

Anyway, be sure to save the date, January 29th, for the maiden voyage of the virtual good ship Free Cheese: All aboard! Enjoy the trip. Especially the first part, as I hear it doesn’t end well. 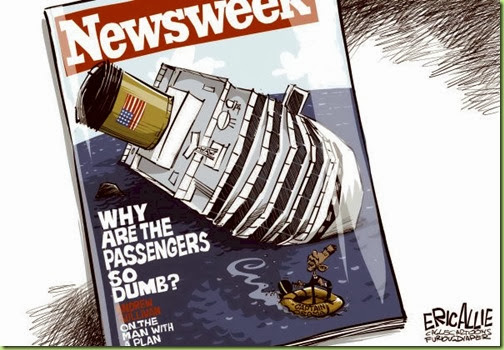 Butt it’s not the captain’s fault.

So, one last reminder: SAVE THE DATE! YOU SURE DON’T WANT TO MISS THIS!!! 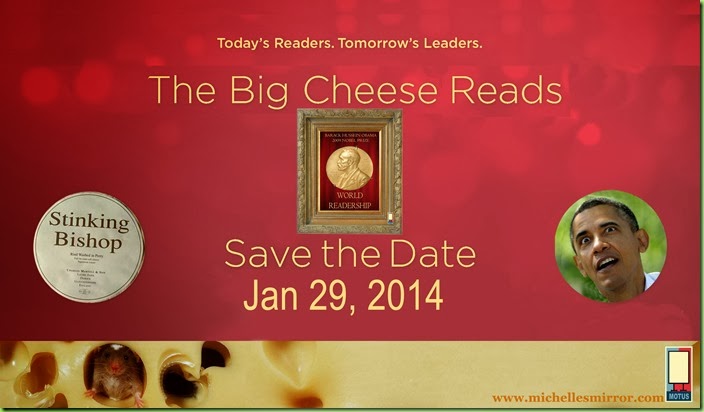 Because I hear he’s going to offer a new solution for our economic woes: more cheese.

Certainlly the big cheese should come from Wisconsin!

We need your help to keep the lights on.
FR is funded solely by contributions made by
liberty loving people who enjoy and use it.

Maybe he thinks he is Jimma Carter in his sweater by the fireplace holding a big piece of cheese.