Did you see Lady M’s “shout out” to Big Guy’s dedicated “grassroots army?”

Not only was it an opportunity to thank OBOTS everywhere, butt it provided the little people with the first up close and personal look at the rest of the presents MO got from Big Guy for her Fabulous 50 birthday:

An eyebrow lift and new eyebrows: 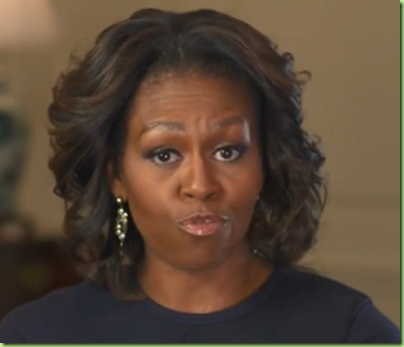 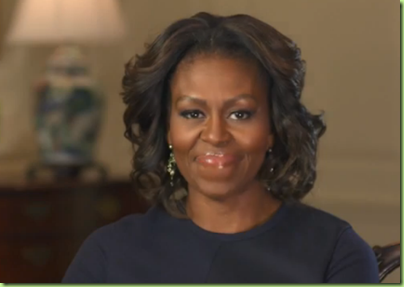 Lips from the duckbill collection

and a bit of a cheek lift with filler: 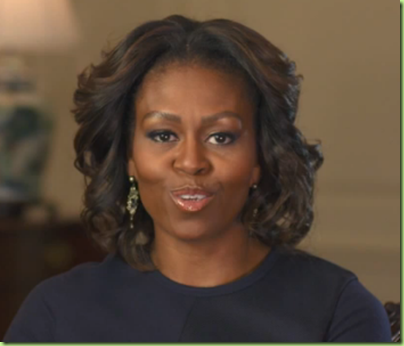 Cheeks from the chipmunk pouch-filler collection

Unfortunately, the little eye is congenital and while we try out best to minimize it with makeup, the difference in size is still discernable - even when we blink:

Butt back on message: Lady M went to the video tape on the OFA’s first birthday to thank all of the little people who made it possible.

MO told the OFA volunteers “You’ve truly been bringing the change we all believe in.” {{{subliminal OBOT message alert:contribute NOW! }}}} She went on to express her appreciation for all the OFA volunteers dedicated to promoting Boo-rock’s progressive agenda: the complete transformation of America through socialized medicine, gun control, immigration “reform” and environmental actions to control global climate change by shutting down conventional energy production and replacing it with government funded alternative energy. Like algae.

“So we take these surplus Solyndra solar cells, see? And we use them to fuel algae farms and before you know it we can replace cornahol with the much greener algae-fuel. Then the EPA mandates the use of biofuels in 75% of all new vehicles. Got that?”

Lady M’s multiple “ata-boys” and smiles of sincerely feigned gratitude alone would have been enough to keep the troops humping BO’s flagging progressive policies for another year. Butt there’s more. All members in good standing of the Community Organizer in Chief’s official propaganda arm are now being duly deputized: we’ve finally got that “civilian national security force that’s just as powerful, just as strong, just as well funded as the military!” 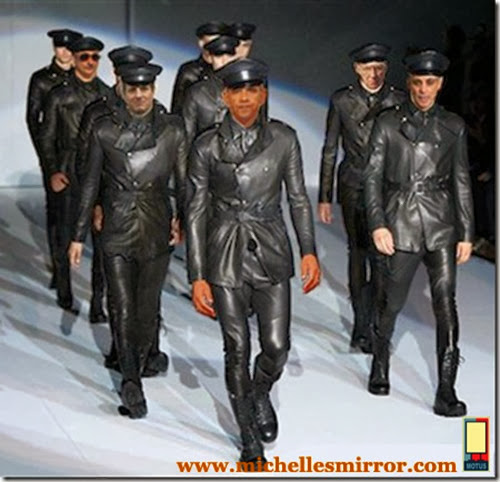 And as you can see, the boys are pretty excited about it. Or at least the Armani uniforms.

So Happy Birthday/Aniversary OFA! You’re Won year old! As a small memento BO has ordered the IRS to grant you a 501(c)4 “social welfare” designation! That authorizes you to raise unlimited amounts of money from any type of donor - individual, corporation or union – and funnel it wherever, without ever having to disclose your your donors!.

You’re welcome! And don’t think for a minute that getting your 501(c) isn’t a big f-ing deal. If you don’t believe me just ask the Hollywood conservative group “Friends of Abe” or any Teahadist organization. Not only do they not qualify for this special IRS designation, but upon further investigation they may well be prosecuted for other, unrelated charges. 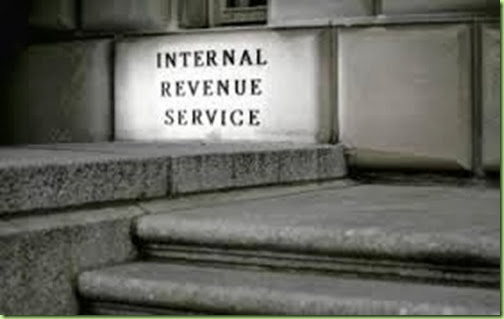 “And if by some chance an honest man like yourself made enemies they would become my enemies. And then, they would fear you.” Don Corleone, The Godfather

Because the enemies of my friends are my enemies…or something. 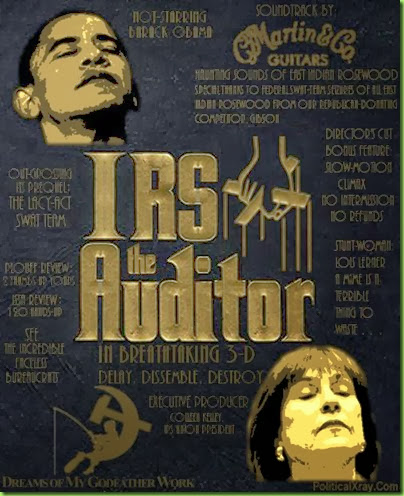 God forgive me for being so un-Christian but...I truly hate that man.

And a new wig too! What happened to the one with the bangs?

Bangs ?? NOBODY wants to bang Moochelle. . .