Due to the imposition of a complete photo embargo of the WON-TOO’s Hawaiian vacay with Oprah, Lady M has allowed me to take a short trip back to the mainland. So I’m going to Sundance!

In lieu of any actual photos to entertain the fan club, even HuffPo was forced to play with GIFs

Many of you know that I often attend Robert Redford’s film festival in the mountains of Utah which features a raft of movies made by the “I hate America” crowd for the rest of the “I hate America” crowd. The festival is held in Park City, Utah. Each year the films selected to play at Sundance run the progressive gamut of pro (pro-abortion, pro-green what-ever) and con (anti-capitalism, anti-business, anti-gun, anti-coal/oil/gas/frackin'). I did mention that the festival is held in Park City didn’t I? Where it’s always cold this time of year, sometimes brutally so, due to global warming.

I’m not coming right out and calling them hypocrites butt I will note for the record that none of the “anti-energy-production-unless-it’s-green” crowd objects to driving (or being driven) up the snowy roads from the Salt Lake Airport in carbon spewing 4-wheel drive SUVs and limousines, staying in heated hotels and condos, frolicking in their outdoor pools and hot tubs, dining at 5 star restaurants where the chefs roast, grill, bake and fry their food, warming up at the gas-fired kiosks on Main Street and enjoying the warmth and ambiance of the ubiquitous fireplaces which are mostly natural gas-fired now days, due to the high carbon footprint and particulates generated by burning wood. I wonder where they think all that gas comes from?

Butt I digress; as everything seems to be going just fine in the realm of Winkin', Blinkin' And Nod,

at Casa Oprah and the groupies are still busy myth bustin’ and spreading the good word,

White House arts workshops, visits to underserved schools and the inclusion of young people at state events are now standard practice and may be her most lasting legacy.

I feel free to bust out for Sundance and find out how the other half of the 1% live. 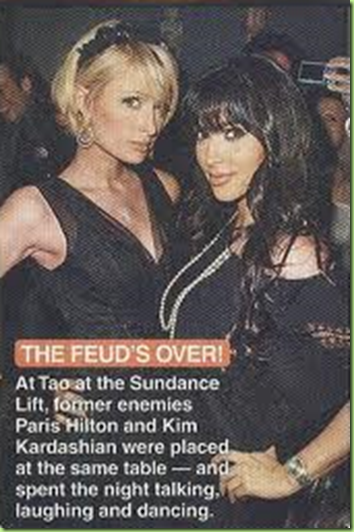 Although she always has in the past, I don’t know for sure if Kim Kardashian will make it to Sundandce this year or not – being a mom may cramp her partying style. Butt since she’s been stepping out regularly again,  I’ll definitely be keeping an eye out for her. 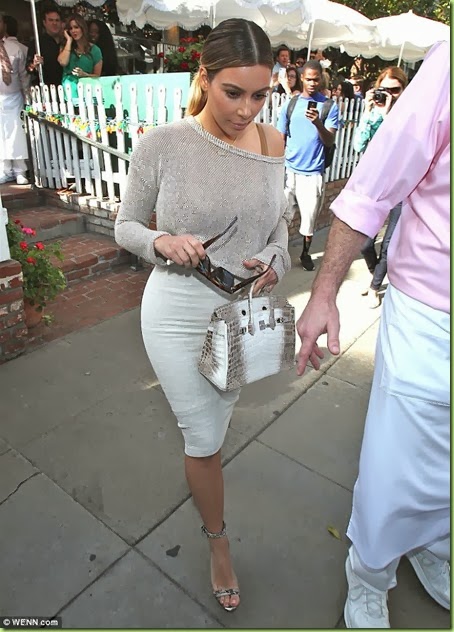 Maybe I can pick up a few extra bucks moonlighting if she makes it. Because while little North West may have recently vacated some space upfront, this baby’s still got plenty of back. 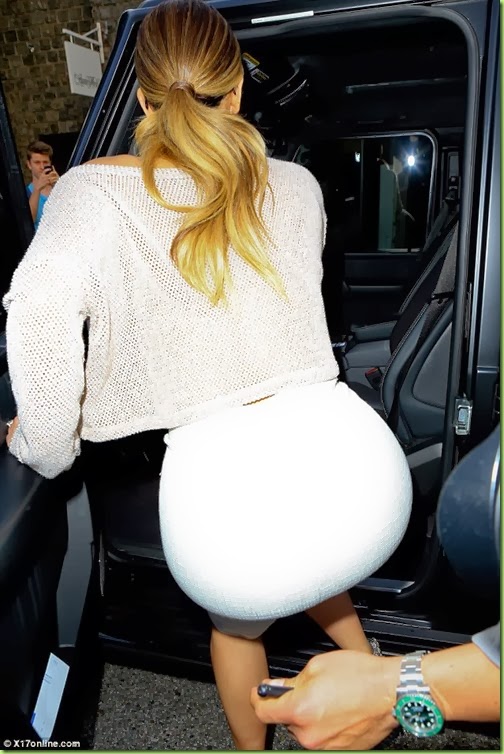 And even if you’re of the school that enjoys a big-butted woman, the cameras are not always kind.

If you know what I mean, and I think you do. 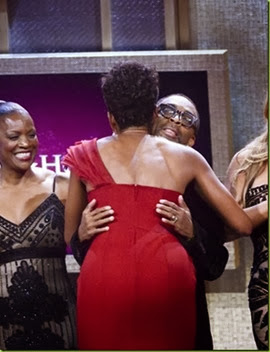 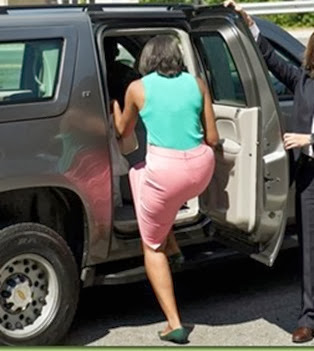 So I’m off! I’ll be hitting the road for a few days when I hit the mainland and will be reporting from Sundance once things get into full swing. "You married a Bigfoot, Gus!"

2 posted on 01/12/2014 8:24:00 AM PST by a fool in paradise ("Health care is too important to be left to the government.")
[ Post Reply | Private Reply | To 1 | View Replies]
To: a fool in paradise
As a biologist who spent a lot of time in Alaska this photo always amused me. As you probably recall the story was that these two guys were on horseback in some rugged country when they JUst happen to see this guy in a gorilla suit walk by. He was just a guy who like to wear a gorilla suit now and then and take long walks in the back country.

And it just so happens that this cowboy HAD a super 8 movie camera. Now I owned a top of the line Canon super 8 at that time and it was very bulky and not at all easy to get out, focus and shoot. I seems pretty scripted along with the story.

What always gets me is this gorilla guy has HAIR everywhere except where his eyes and nose are. After all when you like strolling in the back country there are one hell of a lot of rocks and you need to be able to see where you're going. Now I'll be the first to say that whoever they got to wear this suit fit it pretty well but it looks to me like you can see a seam at the waist and a seam near the neck where they slid the hood over.

My take is this, they shot it. They own it (or sold it to an interested party). Now the images and film float all over the internets without any cries from the Homeland Security Police crying about how this piece of intellectual property has been stolen and copied all over the place. Nope. Just using national security money to protect the corporate interests of libs in Hollywood who farm out production overseas where it is cheaper to make movies.