Wow. Robert Gates just dropped an O-bomb. No wonder we had to send the squirrels out yesterday to demand “emergency” unemployment relief for the little people still unable to find a job in George W. Bush’s recession. 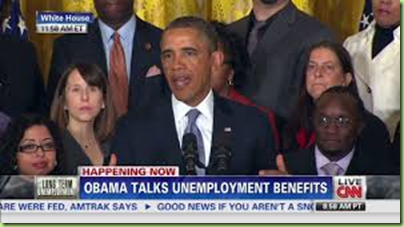 In what might be considered an understatement, Bob Woodward says: “It is rare for a former Cabinet member, let alone a defense secretary occupying a central position in the chain of command, to publish such an antagonistic portrait of a sitting president.”  Butt as we’ve noted many times, when you’re dealing with a historical presidency, it’s not surprising that historical precedents continue to fall by the wayside.

In addition to all the stuff about Big Guy being a pretty crappy leader, Former Secretary of Defense Gates said that he never sensed any deep passion from  “No Drama” Obama except with respect to his commitment to repealing the law prohibiting gays from serving openly in the military. 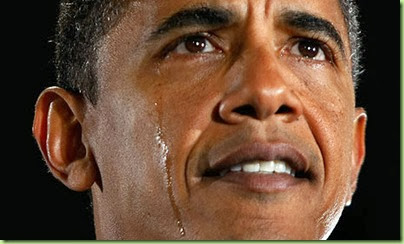 “I worked for Obama longer than Bush and I never saw his eyes well up,” Gates writes “The only military matter, apart from leaks, about which I ever sensed deep passion on his part was 'Don't Ask, Don't Tell.”

Not only did did Mr. Gates go on to compare Big Guy’s White House to (gasp!) Richard Nixon’s,

he also accused Joey B of “poisoning the well” against military leadership. Although he doesn’t say whether he did it on purpose or not. 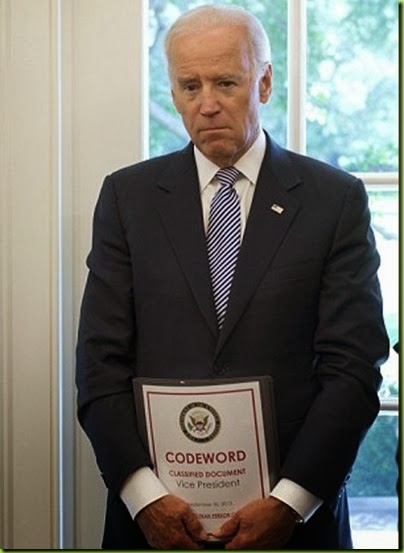 Whoops! Turn your briefing book around Joey; CODEWORD not for public display!

He went on to say that although Joey was a “man of integrity,” he found him to be “wrong on nearly every major foreign policy and national security issue over the past four decades.” Which is not – surprisingly - a record in D.C.. Nor is it a great argument for the school of “best intentions” or the philosophy of “consistency.” 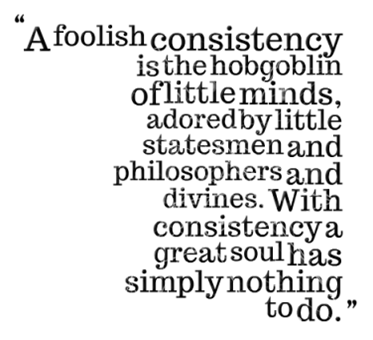 Not that we have to worry much about that around here; we seem to be suffering currently from a dearth of “great souls” and a surplus of Hollow Men: 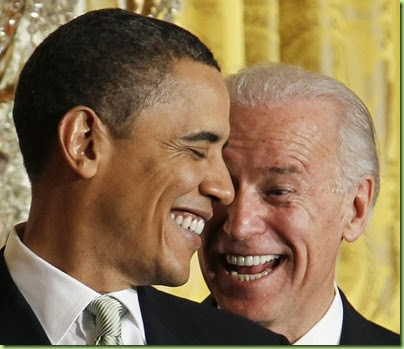 National Security Council spokeswoman Caitlin Hayden said the President “disagrees with Secretary Gates’ assessment” of the vice president. Butt of course: how can you dis someone who has gone to bat for you in the past like Joey has:

"I mean, you got the first mainstream African-American who is articulate and bright and clean and a nice-looking guy," Biden said. "I mean, that's a storybook, man."

That’s high praise, indeed. Because in his world (Washington D.C.) a good story is going to be better than the truth, all day long. 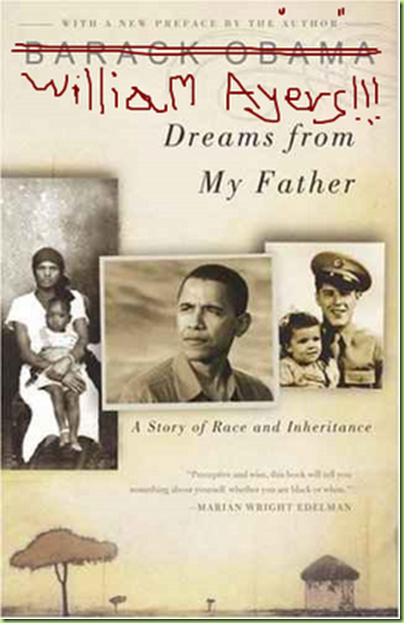 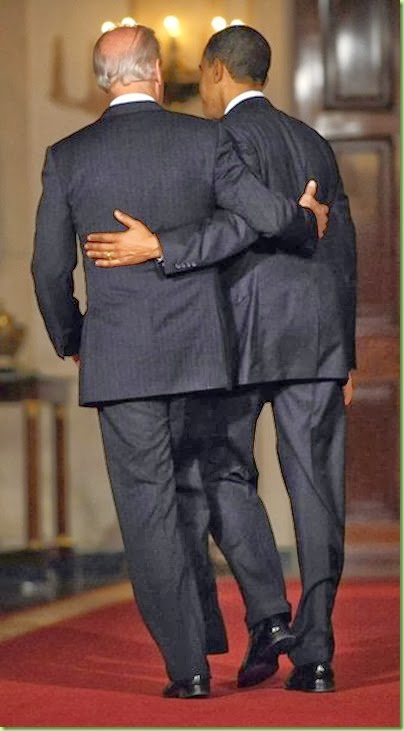 I would take some offense at the morphing pic of Nixon into obama.

Nixon was far more intelligent and honorable than any democrat, living or dead.

Check this out. More Obama failures

7 posted on 01/08/2014 8:38:06 AM PST by ExTexasRedhead
[ Post Reply | Private Reply | To 1 | View Replies]
To: NOBO2012; MinorityRepublican
http://www.freerepublic.com/focus/f-news/3109435/posts Gates Faults Obama Over Afghanistan The Wall Street Journal ^ | Jan. 7, 2014 | JULIAN E. BARNES and PETER NICHOLAS Posted on ‎1‎/‎7‎/‎2014‎ ‎5‎:‎24‎:‎38‎ ‎PM by MinorityRepublican WASHINGTON—Former Defense Secretary Robert Gates compiled a pointed critique of President Barack Obama's oversight of the Afghanistan war in a new memoir that exposes strains within the administration over a vital period for U.S. military strategy. Mr. Gates writes that the president lost faith in the very war strategy he approved, wanted most to find a way out of combat, soured on his handpicked commander and tried to micromanage Pentagon policy, with White House aides facing off against four-star generals.
8 posted on 01/08/2014 9:00:51 AM PST by Grampa Dave ( Obamacare is a Trinity of Lies! Obamaganda is failing 24/7/365! Obamaganda will fail 24/7/365!)
[ Post Reply | Private Reply | To 1 | View Replies]
To: NOBO2012

Barry just wants to eat his waffle and go to Hawaii.

Robert Gates praises both obama and clinton. Thousands of people have died or have been injured as a result of them playing politics and he praises them. Mild mild rebukes.

So Robert where was obama during Benghazi?

"Those Democrats leering over my shoulder owe me bigtime. My
big effing deal healthcare bill nails a permanent Democratic majority."

"All except those Tea Party types, swallowed hook, line and sinker my promises that they could:
(1) keep their existing health plans,
(2) keep their own doctors that they like,
(3) keep their 25-year-olds on the family health plan,
(4) never be denied coverage for a pre-existing condition,
(5) sign up instantly on my tech-savvy government Web site,
(6) buy insurance only after becoming seriously ill."
(7) save $2,500 in annual premiums in the bargain....
(8) All without any new taxes."

"Them terrorist Tea Partiers will rue the day they criticized my wonderful bill."