I thought you’d like to know: with the release of the greatly anticipated White House feature, “2013 – YEAR IN REVIEW”

Yes: the White House really did title this image “Hero”

the WhiteHouse.Gov site has officially been recognized as the most thorough, reliable and verifiable propaganda machine in the nation! It readily beat out all of its close competitors at ABC, NBC, CBS, CNN, Ms.NBC and the New York Times for the title Propagandist of the Year.

You can see why, with “highlights” from each and every month of the year that includes a vast array of fun facts: 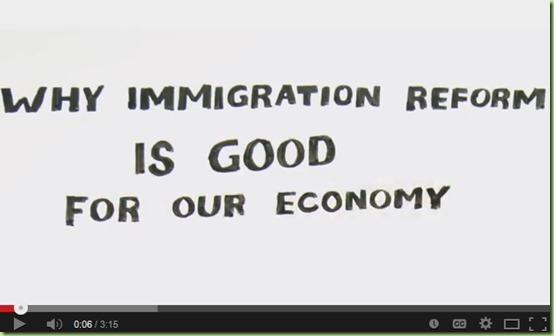 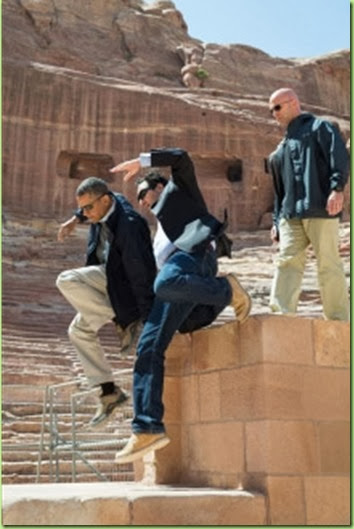 and pseudo-true charts, grafts and claims, such as this one, touting the number of private sector jobs created in the past 45 months: 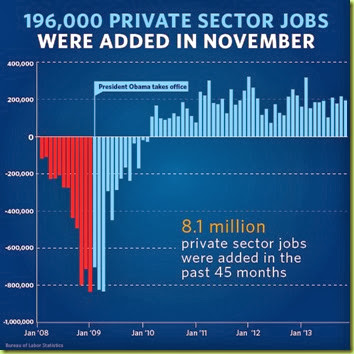 Without mentioning how many are minimum wage service jobs, part-time, or temporary. (Or offsetting the 8.1 million by the number of jobs lost in the first 15 months.)

Butt you have to dig a little deeper (and have special security clearance) if you want to discover all of the really fun stuff embedded in the site. For example, I found this clip in the “Name that Hero’s Personality Disorder” section. It’s apparently a game called “Shrugging You Off.” Here Big Guy is teamed up against Mr. Monk in which they both exhibit a similar trait associated with two very different personality disorders and you guess who has which. Your choices are “Obsessive Compulsive Personality Disorder” and “Narcissistic Personality Disorder” – good luck!

Be sure to visit our brag-site, because it’s chock-full of stuff that you can use to beat any of those racist-Teahadists into complete submission with your possession of superior talking points, homemade charts and grafts, and the use of selective memory holes.