I’m afraid everyone missed the point surrounding the Ms.NBC-Melissa Harris-Perry controversy over this absolutely charming picture of the Romney family patriarch and matriarch taken with their 21 grandchildren. The criticism has centered around the show’s host and guests mocking of little Kieran Romney, the adopted black grandson of Mitt Romney.

Butt it’s worse than that. Look closely at this picture: 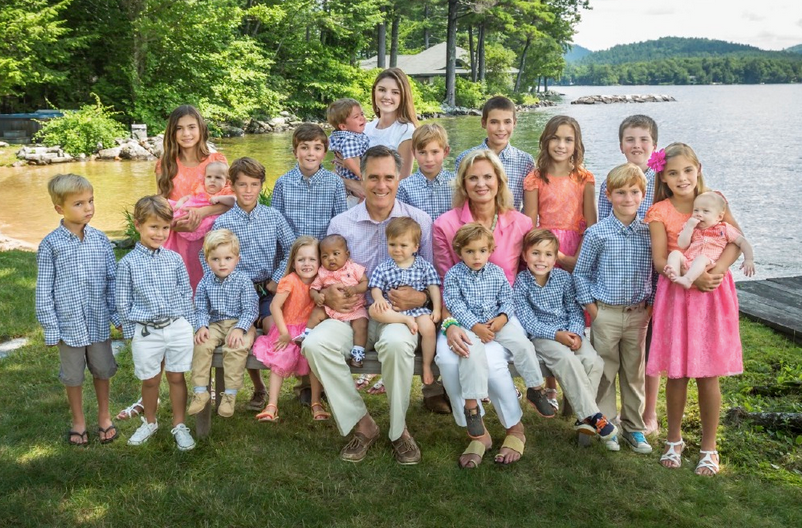 Kieran is the little black baby on Mitt’s lap in…pink. As Ms.NBC’s Managing Editor of Outrage pointed out, all the other little grandsons are wearing…blue, while all the granddaughters are wearing…pink. “One of these things is not like the others” indeed!  And what could be more racist than to dress the one grandchild of color differently than the others? Ok, maybe a bone in the nose and Kente cloth, butt racists are never that obvious. Unless, of course, they’re trying to tell us that little Kieran is…gay! In which case they’re still racist, butt that makes little Kieran a “token twofer!”

I should have known that Melissa Harris-Perry would never mock the fact that a Mormon family lovingly embraced a little black child, as she herself was “a black child born into a large white Mormon family.”  I’m just guessing that she may still be a bit conflicted over this however,as her birth mother is white butt MHP has been quoted as saying:  “I’ve never thought of myself as biracial. I’m black.” 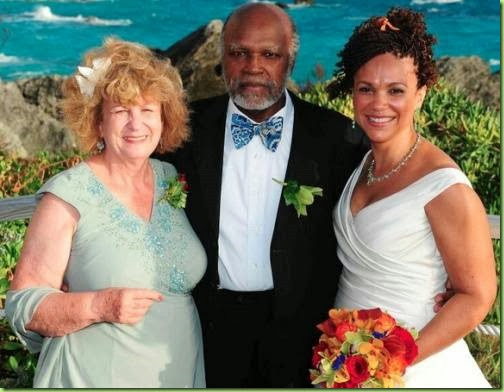 Anyway if the #MHPapology crew was making fun of little Kieran’s sexual orientation, well, that’s way worse than mocking the fact that a loving Mormon family adopted a black child. Still, either way:

In case you’re unfamiliar with MH-P, and you probably are, she’s a professor of women’s studies – I know, hard to believe! - at Tulane University. And she’s straight; go figure. Butt I guess that does explain her radical feminism. Here she is protesting the Republican War on Women during the War of 2012: 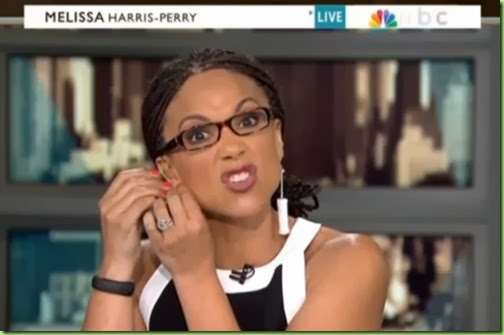 Coming as she does from a family that highly values activism, she’s a strident “black, feminist marriage-equality advocate.” So maybe her real issue with the Romney’s large, in-tact, Mormon family model is not the fact that they adopted a little black baby, butt that she thinks they should just back off and leave the rearing of children to the more correct thinking “community” at large: 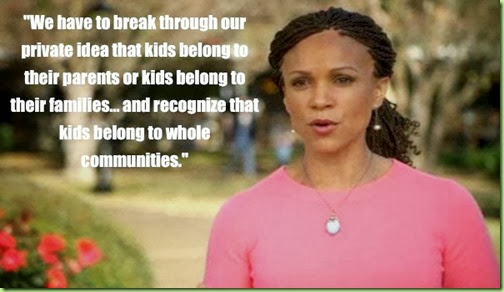 “You are all belong to me now, comrade.”

So, now that we’ve settled that race/sex thing once and for all, let’s move on to more important issues. Like golf. On day 12 of the WONs annual Hawaiian vacation, Big Guy finally took pity on the press pool and allowed them to take photos while he played a little golf with the gang. 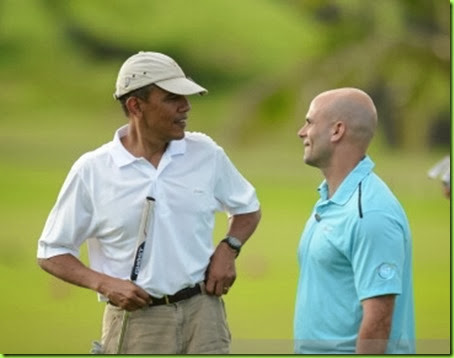 You look like you’re losing a little weight there, Big Guy. How about catching a late-night snack?

“President Obama began the new year Wednesday by allowing pool photographers and others to snap new pictures of him on the golf course.

After holing out, [ed. hey, I don’t write this stuff, I just repeat it] Obama smiled, 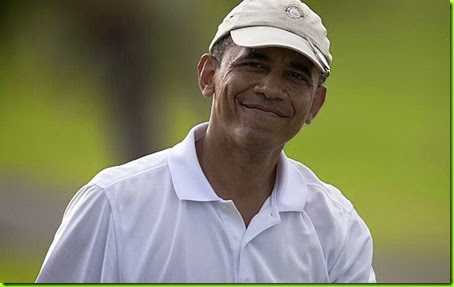 waved to the crowd, and said, "happy new year!" When someone shouted, "we love you!" Obama replied: "I love you back."

And then he got right back to the business at hand: trying to get himself out of this hole he’s inexplicably found himself in. 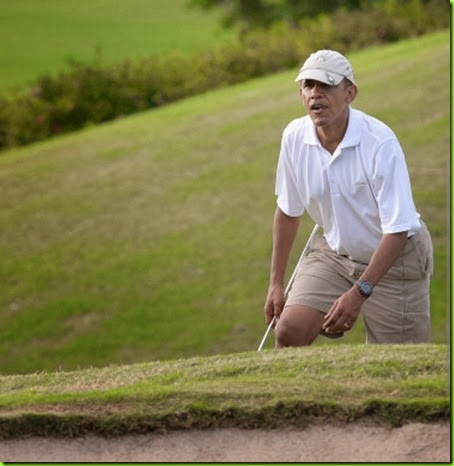 NOTE: A quick look back to the Romney clan picture - to an objective eye, one not looking for any type of racist, sexist, genderist outrage, it might appear that all of the babies under one year of age, regardless of sex, are dressed identically in peach colored onesies. Of course, that would be ageist, so I guess you can’t really win at this game. Harris-Perry, as a ‘journalist’(term/loosely) is the poster child for Lenin’s Useful Idiot. Rewarded richly for pushing the envelope on breaking down the barriers of morality and promoting Socialism. When her usefulness is gone and she is stuck in a labor camp, coming to the realization that it is cheaper for her jailers to put a bullet in her rather than feed her through the winter, she will change her tune but alas, the airwaves will only be playing marches and ‘best of’ speeches from what used to be her favorite leaders. Dave Chappelle will tell Oprah that Romney putting the baby in pink is the conspiracy to make black men look effeminate.