Although I was trying to take Sundays off during the holidays, I thought I needed to come out of my self-imposed hiatus to brief you on this breaking news item: Hillary is definitely planning to be installed as America’s First Female el Presidente!

In it to win it: was there ever any doubt?

I realize there was never much doubt about this fact, butt the confirmation came with the publication of part one of a 12 part book report on Benghazi assigned to David Kirkpatrick of the NYT by an unnamed Administration official. I can’t mention any names, butt her name rhymes with “vice” and starts with an “r”. 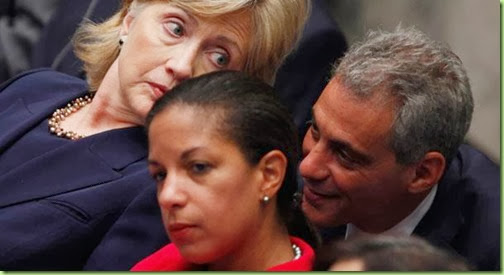 Back off Rhambo, she’s mine.

In his book report, David proves beyond a reasonable doubt that Hillary didn’t lie about Benghazi; it was about the video all along. And, oh, by the way: they weren’t al Qaeda either.

"Months of investigation by The New York Times, centered on extensive interviews with Libyans in Benghazi who had direct knowledge of the attack there and its context, turned up no evidence that Al Qaeda or other international terrorist groups had any role in the assault. The attack was led, instead, by fighters who had benefited directly from NATO’s extensive air power and logistics support during the uprising against Colonel Qaddafi. And contrary to claims by some members of Congress, it was fueled in large part by anger at an American-made video denigrating Islam."

Proving once again the axiom that the bigger the lie, the more often you have to repeat it to make it so. 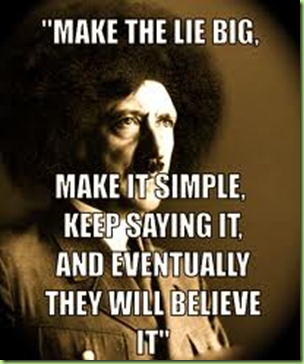 When last week’s 60 Minutes interview with Susan Rice (part of CBS’ own government-mandated rehab program following their previous misleading if not downright felonious reporting on the subject - see “When ‘60 Minutes’ Checks Its Journalistic Skepticism at the Door,” ironic,to say the least)  proved beyond a doubt that Benghazi was still an albatross bedecking Hilz’ neck, quick action was required. The (lap)dogs of the government-media complex had to be dispatched post haste in order to clear the path for 2016 as promised. 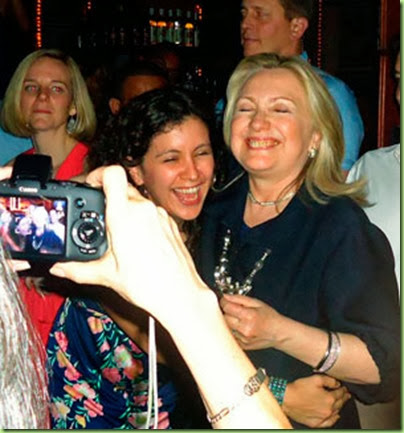 Susan, admiring Hilz Albatross necklace: can’t anyone in this Administration be straight? With the American people I mean?

Note, there’s still time for an end-of-year award for bravery in journalism award.

So I’m certain that this new NYT series will adequately clean up that little rightwing generated meme about Benghazi being a scandal of incompetence and/or negligence and malfeasance, leaving Hilz free to pursue her life’s dream of ruling the universe as the second coming of the Dragon Lady; unfettered, finally, by that phony Benghazi scandal. 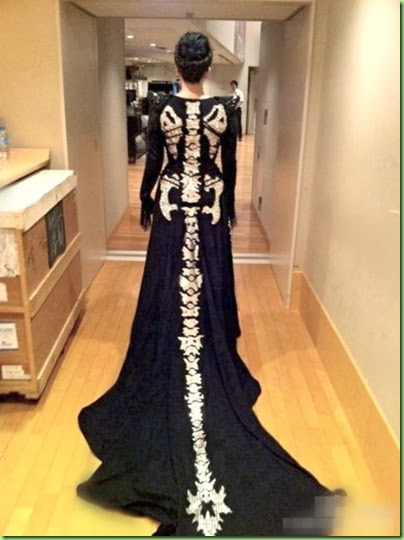 It certainly took longer than anyone expected: 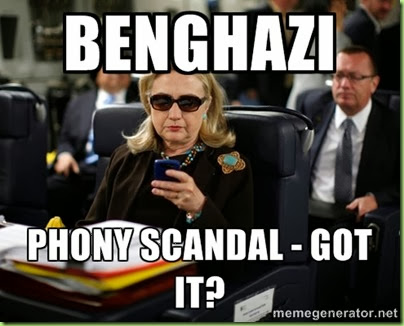 So I think we can trust the MSM to run with this newest in-depth analysis of a tragic incident that marred Hillary Clinton’s otherwise remarkable and distinguished tenure as Big Guy’s Secretary of State:

Because dancing with cows is an important function of serving as Secretary of State, that’s why.

Because, “with all due respect, the fact is we had four dead Americans. Was it because of a protest or was it because of guys out for a walk one night decided to go kill some Americans? What difference at this point does it make?” 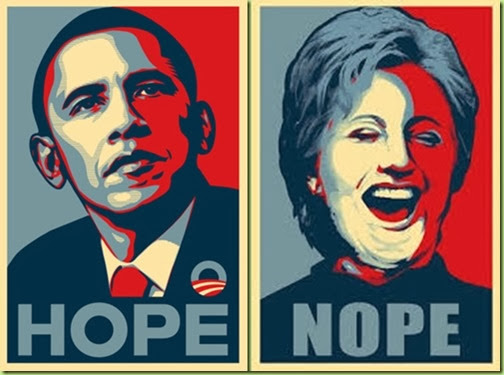 Don’t be fooled again. It makes a huge difference.

And remember: History is too important to leave it in the hands of journalists, especially those working for the state-controlled government-media complex.

Calvin and Hobbes analyze the analysis

In my view, Hillary’s risk is to the left (in the D primaries) so Benghazi is a non-event.

If she gets the nomination, I see her winning in Nov 16. In 3 years Benghazi will be long forgotten.

Hillary should I answer the phone? No, Huma, go back to sleep.

The Media is already in the bag for Hilary and she will win; by voter fraud, by Journalism (NYT in the bag for Clinton), by threats of IRS audits, by any means necessary. Democrats are a powerful get the message out machine...the Republicans should learn from Democrats but alas, they won’t. We are so screwed...I for the life of me don’t understand why all the rich Republicans out there can’t buy more newspaper companies, more TV news programs....Scratch that, I know, it’s because they are in bed with the Dems...

If hitlery wins in 2016, America goes full tilt communist, and she will make mao Zedong look like a rank amateur in the area of political purges, and will start with obama and his quasi-muslim regime. The democrats have quite a quandary on their hands, either socialism, communism, brutal intolerant theocracy, or a straight up dictatorship. So many choices, so few options.

The mob is the mob, whether Democrat or Republican........they're both like crazed drug addicts given free reign in a meth lab........

It is as if hitlery shoved the pole up the deceased ambassador’s anus.

In 2015 the MSM can say they looked at this issue already, now it's "old news" and time to move on

On February 21, 2007, in an interview with NYT's Maureen Dowd, Geffen described Hillary Rodham Clinton and Bill Clinton in unflattering terms: "Everybody in politics lies, but the Clintons do it with such ease, it's troubling."

Geffen described Bill Clinton as "reckless" and cast doubt on those who say Clinton has become a different person since leaving office.

Clinton Foundations are a hint WRT then-Pres Clinton using govt power to profit a hand-picked few ---now indebted to the Clintons----who are large contributors to the Clintons' three "tax-exempt foundations," and are, in effect, financing Hillary's ambitions.

Billy Boy Clinton was grinning like a simpering fool at the annual meeting of the Clinton Global Initiative Foundation....even Boobomba was there hugging Billy like they were old pals.....all in the wake of the bombshell news that:

THE CLINTON FOUNDATIONS / MUSLIM TERRORISM CONNECTION --- The recent story that a Muslim terrorist was working at the Clinton Foundation AND conducting terrorist activities at the same time, explains why the Clintons just remade themselves into the hallowed "Clinton Family Foundation."

The Clintons' shady proclivities are unveiled in the recent NYT story. Corruption, greed, entitlement, nepotism, cronyism. The Clintons didn't have a pot to *** in in Arkansas---never even had a home to call their own. Now they're multi millionaires.......the connivers have perfected the scam WRT gaming the govt system for themselves.

There needs to be a thorough going-over of the three Clinton Foundations. We need to know who pays/funds the Clinton's lifestyle/political ambitions---- especially b/c Hillary is running for prez. It is important to know to whom the Clinton's are truly indebted.

How many ways can the conniving Clintons use their name to launder money?

More importantly, what is the connection between Corzine's MF Global, Teneo (which paid Bill Clinton $50,000 per month), The Clintons multiple tax-exempt foundations, and Muslim money-Laundering?

OBAMA HILLARY LOVE FEST ON 60 MINUTES---Boobamba hustled Hillary onto TV to gaze in adoration, after
her arrogant dismissal of the Benghazi massacre before
Congress ("what difference does it make?").

AIN'T KARMA A *ITCH, HILLARY? the US helicopter assault ship Kearsarge, WAS in the region, ready to airlift Benghazi personnel to safety. Americans were lied to----we were told Kearsarge was not available to help endangered Americans in Benghazi.

MILITARY.COM reported during the Morsi crisis, that US Pentagon officials declined to give specifics on conversations between DOD's Chuck Hagel and Egyptian Gen al-Sisi....

Although the officials would not discuss the specifics of the military- to-military talks, the U.S. would need Gen al-Sisi's approval to move through Egyptian air space if Washington decided to send Marines to aid in the evacuation of U.S. personnel.

READY TO ROLL About 550 Marines and their tilt-rotor MV-22 Osprey aircraft are at bases in Spain and Italy on standby if they are needed. A Navy Amphibious Ready Group with 4,000 Marines and sailors aboard, led by the helicopter assault ship Kearsarge, was also in the region following completion of the Eager Lion training exercises in Jordan.

© Copyright 2013 Military.com. All rights reserved. This material may not be published, broadcast, rewritten or redistributed.