Well, did you have “the talk” with any of your “young invincible” pajama-wearing, perpetually adolescent relatives this Christmas - as directed by Big Guy? 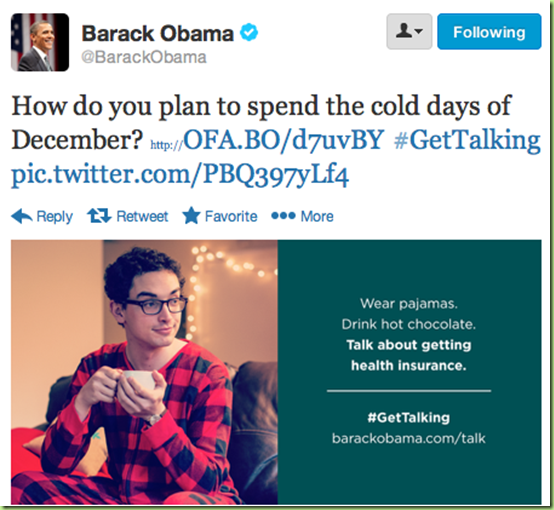 MOTUS did, as her family has over two dozen 20-30 somethings. This is what I learned.

As with youngsters of all eras, their ideology does not hold up well under the crushing realities of day-to-day life and economics. Those who have graduated from college in the 5 years subsequent to the coronation of America’s first Black President don’t give a rat’s ass what color he is anymore. Been there, done that; what has he done for me lately? 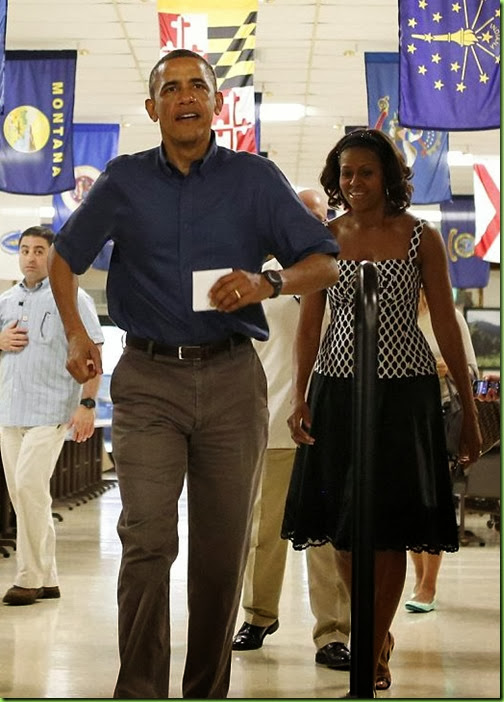 For the batch of “young invincibles” who haven’t yet found a job earning what they think they’re worth, with benefits they find acceptable, Big Guy is now indistinguishable from any other politician such as, say, George W. Bush – who they know they hate, butt have forgotten why. 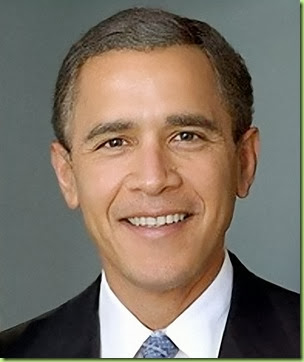 While most do not follow politics beyond what’s covered on the Daily Show, they are all familiar with Obamacare, because it effects them personally. (note to self: good marketing technique for the yutes of America - make it all about them)

One nephew was happy because he’s still eligible for coverage under Mom and Dad’s policy for another 2 years. 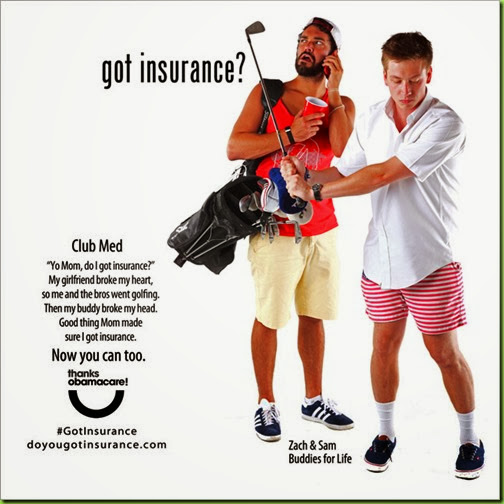 And no more sub-par health insurance for him! (Don’t forget to thank Mom and Dad! Their premiums will be going up astronomically to ensure that your coverage now includes all Obamacare mandated items such as free condoms and other related womym’s “healthcare” – like “day after” pills that the mean old Republicans wanted to deny you for free.)

Another nephew, who is working a part time job because that’s all he could find with his language arts degree, was delighted to discover that after his cheapy, catastrophic only BC/BS policy was cancelled that he could get better coverage (free condoms!) at a lower cost because he was eligible for a subsidy! (You’re welcome, nephew. Please remember my contribution to your well being when I’m old and eligible only for the pain pill.) He also informed me that lots of his friends have heard that they are going to be eligible for Medicaid (great) butt haven’t bothered to sign up yet because “it’s too big a hassle.” 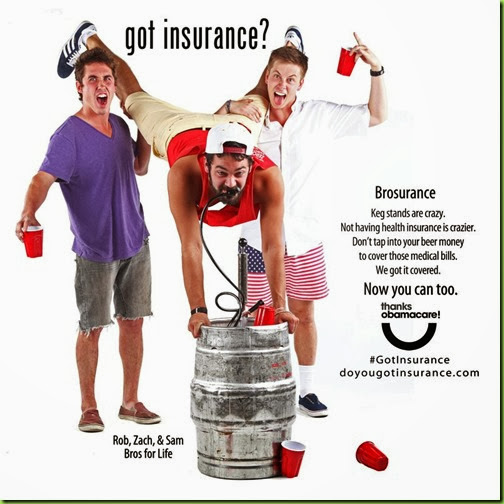 Dude, we’ve got better things to do.

One of the nieces concurs, she cannot be bothered to try to get enrolled in Obamacare either, even though she has no coverage. She’s already had a rough year, really doesn’t need any more hassle right now and doubts that she needs healthcare coverage now anyway. Plus, she refuses to let it ruin her life by worrying about it. That’s somebody else’s job. Besides, she’s still got the basic 30-something’s fall back healthcare system: Mom and Dad. 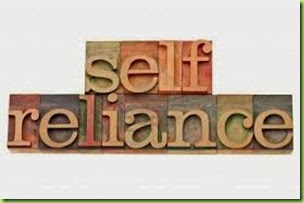 self-reliance: it ain’t what it used to be

For the few of the bunch who have found decent employment in their field (the ones who chose to major in a marketable discipline) the reality of contributing a rather substantial portion of their paycheck for the welfare of their (previous) peers who were neither as wise nor as motivated while in college is beginning to rankle. So maybe there’s reason for optimism. It turns out the kids, once they figure it out, don’t like getting screwed by the government any better than the oldsters. As evidence of this hypothesis, I submit this pretty much verbatim dialogue with one of my niece-mirrors yesterday:

MEGHAN: Fine, I like it, and the coaches, a lot. And I love my apartment…and most of my roommates.

MOTUS: Oh, how many roommates do you have?

MEGHAN: Three, that’s what we needed to rent a decent place. And three of us are good, but everyone’s a little ticked off at Erin right now.

MEGHAN: Well, she just signed up for food stamps, and we’re all like WHAT!? She’s got a crappy part time job, butt we’re like “why don’t you just get another part-time job?” and she’s like, ‘I need some me time.’ Some ME TIME!?! The rest of us are humping our asses and she just goes in and gets free food stamps! We just couldn’t believe it.

MOTUS: Just curious, what did she major in? (again, on my honor, I’m not making this up. You can’t)

MEGHAN: Womyns Studies, like anybody thought she’d get a job with that. Anyway, she was so proud of getting the food stamps and can’t understand why we’re all upset. Butt that’s not the worst part, Aunt MOTUS.

MEGHAN: She wanted us to pay HER for the food she bought with the food stamps! We told her, “we already have Erin.”

I immediately commended her mother for raising such a well-grounded young woman. And you see, maybe there is real hope for the future. It’s like that movie: Reality Bites. And real reality bites even harder. If only we could get our economy rolling again so that all the young, brainwashed masses can get a real job in the real world; perhaps then they will finally understand that there are two sides to the “make it fair” equation.

NOTE: I REALISE I LET THIS PIT SHOT SLIP THROUGH MY REFRACTORS, AND FOR THAT I APOLOGIZE. I PROMISE TO DO BETTER NEXT YEAR, 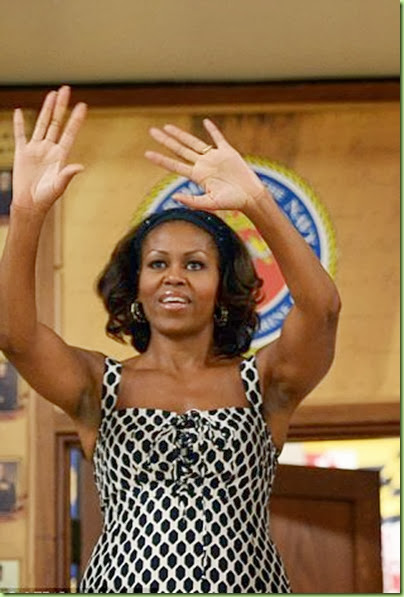 Hey Pajama boy....your buddies are looking for you.