Are you familiar with fan fiction (FF)?

“Fiction written by fans about an extant fictional universe.”

Often written when the fans don’t like the ending; for example, thousands of fans have re-written the ending of “Titanic,” some with very creative plot twists. 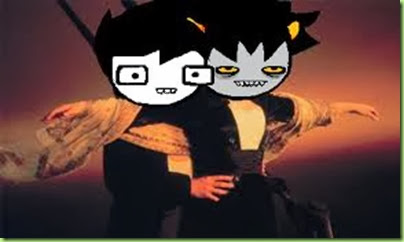 In this animated FF version, Jack and Rose live on and on…as vampires.

All of which may explain why people trash the genre:

Fan fiction is what literature might look like if it were reinvented from scratch after a nuclear apocalypse by a band of brilliant pop-culture junkies trapped in a sealed bunker. They don't do it for money. That's not what it's about. The writers write it and put it up online just for the satisfaction. They're fans, but they're not silent, couch-bound consumers of media. The culture talks to them, and they talk back to the culture in its own language. - Lev Grossman, TIME, July 18, 2011 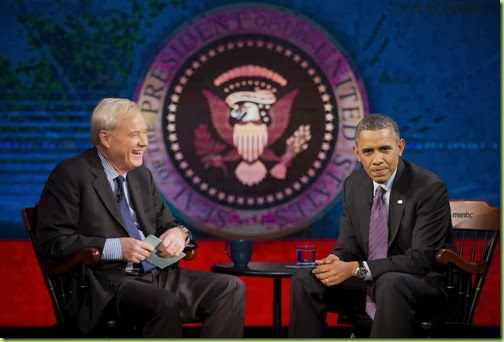 So imagine Chris’ excitement when he found out he was going to have the opportunity to interview his favorite politician of all time! On his Ms.NBC Hardball show. And while the idiom “Hardball” use to mean “to act or work aggressively, competitively, or ruthlessly, as in business or politics,” with the adoption of Newspeak as the official language of the U.S. government, it now means something more like, well, “softball” - “something that can be easily dealt with.” Alternate Newspeak definition: “un-hardball.” 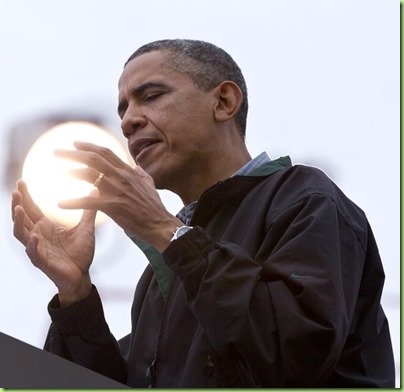 Big Guy is tossed a softball by fan journalist Matthews

Fan Boy took the opportunity to lob in some good ones, like this question about why young people should buy Obamacare:

“And for young people to recognize that it is in their financial interest and their health interest to be able to get ongoing preventive care, to be able to get — free contraception and — you know, benefits that — like mammograms that allow them to maintain their health throughout their lives, without fear of going bankrupt or making their family bankrupt if they get sick — that’s something that’s priceless.”

Seriously? Free condoms? Is that your final, priceless answer? You’re sure you don’t want to phone a friend?

Next, Chrissy slammed this one in about Republicans obstructing the rights of minorities to vote:

Let me ask you about something else. This is a Twitter question from C. Wilhelm’s, his name: “What can we do to stop the GOP, the Republicans, from rigging the votes state by state to disenfranchise voters and destroy our democracy? 36 states right now led by Republican legislatures, have been trying to make it difficult for minority people to vote, especially in big cities, and older people.” Everybody knows the game. Republicans often admit the game to deny people the vote. What's your reaction?

Barry knocked it out of the park:

And he also asked Big Guy about the NSA kerfuffle, to which the Prezzie responded:

“I can’t confirm or get into the details of every aspect of what the NSA does. … I’ve said before and I will say it again, the NSA actually does a very good job about not engaging in domestic surveillance, not reading people’s emails, not listening to their– the contents of their phone calls. Outside of our borders, the NSA’s more aggressive.”

I’m pretty sure that “a very good job about not engaging…not reading…not listening” is Newspeak for something, butt I’m not sure what just yet. Butt that might have been an opportune time for Fan Journalist Chrissy to do what Politico was hoping he would do with the interview:

Matthews and MSNBC have a chance to display some journalistic integrity here. To push the president where he needs to be pushed and, after the interview, criticize him where he deserves criticism. In that October interview, Griffin said MSNBC was "not here to be the voice of the administration." This interview and its post-game analysis offer a trial run for that thesis.

Allow me to respond to Politico’s comment on FJ Matthews behalf : 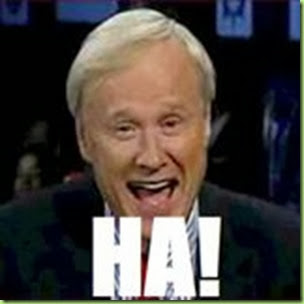 Since Big Guy added that he would soon be “proposing some self-restraint on the NSA.” I guess that doing “a very good job” wasn’t quite good enough in this case, even for government work.

Still not done with the Hardball questions though, FJ asked for Barry’s response to recent polls showing a decline in trust in both the federal government and in Big Guy himself. Big Guy deftly batted that one away by hitting a foul ball into the Republican’s stand:

“The entire Republican Party brand over — since Ronald Reagan has been, ‘Government’s the problem,’” Obama told Matthews. “And if you, day after day, week after week, election after election are running on that platform and that permeates our culture, and it’s picked up by, you know, ordinary citizens who grow skeptical. Then it’s not surprising that over time, trust in government declines.”

Gosh! That sounds like propaganda! There’s no propaganda in politics, right?

Next, we discussed the phony IRS scandal, which FJ set up as a “tricky” 501(c)4 issue; Big Guy agreed:

He explained that the IRS office in Cincinnati was merely trying to “streamline” the system for “bureaucratic reasons.” 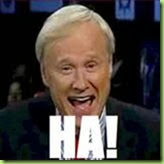 Naturally, Chris held the blockbuster question of the fan interview for the very end:

OBAMA: Not a chance am I going there. [Laughter] The-- here-- here's what I'll say. Both Hillary and Joe-- would make outstanding presidents-- and possess the qualities that are needed-- to be-- outstanding presidents. They-- I think Joe Biden will go down in history as one of the best vice presidents-- ever. And he has been with me, at my side, in every tough decision that I've made from-- going' after Bin Laden to-- dealing with the health care issues to, you name it, he's been there.

Good answer, seems neutral with a slight nod to Joey whose been there through thick and thin. Been there for Bin Laden: 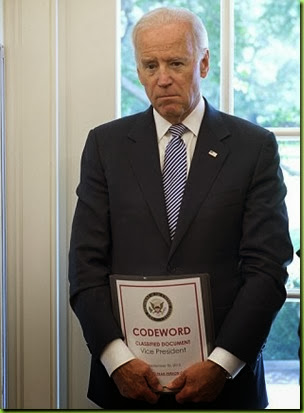 Uh, Joey, turn that around. 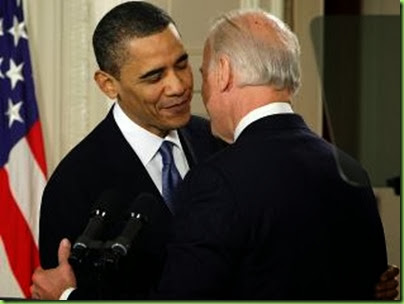 There for gun control: 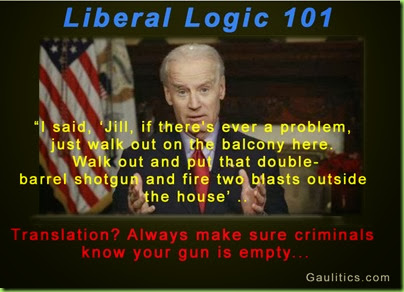 And there for ice cream. And pizza.

The man is as ready as Big Guy himself.

So the only question FJ Chrissy didn’t ask yesterday was “Briefs, boxers, or none of the above?”

I am surprised that Prissy was able to control himself during the interview.

It all DEPENDS on what you mean by control himself.

Yep, Chris was merciless with Obama.