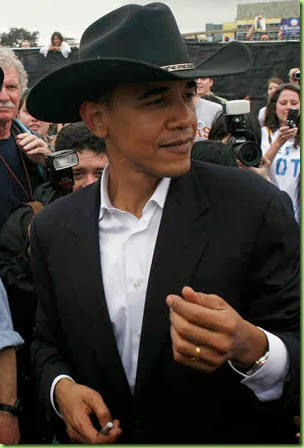 Yankee Doodle went to town
Riding on a pony;
He stuck a feather in his hat,
And called it macaroni.

Let me see if I have this straight: We’ve been secretly - and unilaterally1 - negotiating with Iran for the past year on what they have to do in order for us to (unilaterally) lift sanctions against them.

This weekend Big Guy announced (unilaterally) that he and Val-Jar Jean Carré reached a nuclear weapons deal with Iran. 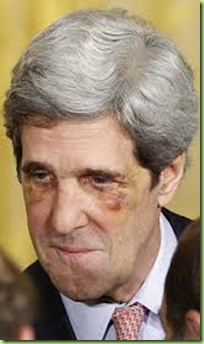 Don’t be concerned by the lack of transparency in this deal, it’s really more of a 6 month layaway option on a deal. 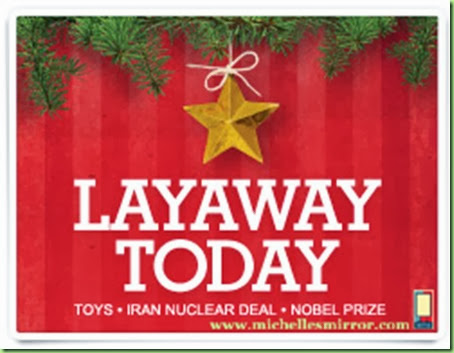 Here are the basic terms of our nuclear weapons lay-away plan: 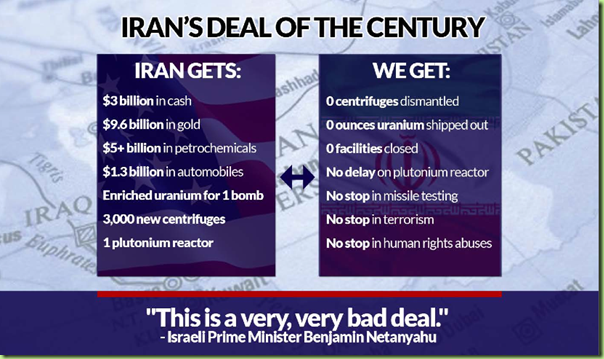 Am I missing anything? No? I didn’t think so. No wonder the French called it “a sucker’s deal” - before they decided to go along with the sucker. 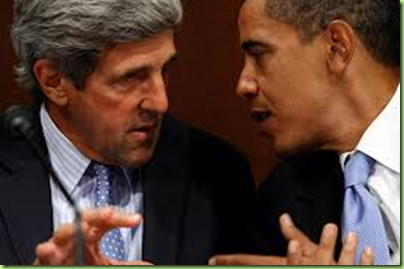 In addition to other laudatory terms, the secret layaway plan (rumored to have been brokered by Iranian-born special counsel to the President, Val –Jar2 – I can neither confirm nor deny, despite our ongoing commitment to transparency3 around here)  has been hailed as an “unwise” “historical mistake” and a “Foreign-Policy Disaster.”  Aside from that, I think it’s gone over pretty well; nobody was talking about Obamacare on the Sunday shows for a change.

So now you understand why we had to break Barry’s transparency pledge4 to the American people…again. We simply couldn’t go public with this information before hand; just look at all the bipartisan disdain that’s been heaped on Big Guy once he did go public. 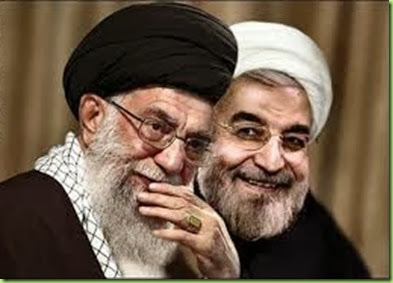 1: (of an action or decision) performed by or affecting only one person, group, or country involved in a particular situation, without the agreement of another or the others. "unilateral nuclear disarmament"

2: Obligating only one of two or more parties, nations, or persons, as a contract or an agreement.

2 An Israeli television network reported Sunday night that Valerie Jarrett, senior adviser to President Barack Obama, has been holding secret talks with the head of Iran’s Atomic Energy Organization, Ali Akbar Salehi, and that the international negotiations underway in Geneva are merely a “facade” covering up a deal whose terms have already been decided.

Exactly one year ago, the Israeli newspaper Ynet reported that Jarrett was beginning to communicate behind the scenes with representatives of Iran’s supreme leader, Ayatollah Ali Khamenei.

Israeli government officials are reportedly angry that the Obama administration has reportedly not been keeping Israel abreast of the latest developments regarding talks with Iran over curbing the Islamic Republic’s nuclear program.

However, “White House National Security Council spokeswoman Bernadette Meehan said that the report about the deal was “absolutely, 100 percent false.” So case closed: denied by low level Big White functionary, so you can take that to the nuclear arms bank.

1:  something transparent; especially: a picture (as on film) viewed by light shining through it or by projection

2:  the quality or state of being transparent

3: as used in science, engineering, business, the humanities and in a social context more generally, implies openness, communication, and accountability.

“My Administration is committed to creating an unprecedented level of openness in Government.  We will work together to ensure the public trust and establish a system of transparency, public participation, and collaboration. Openness will strengthen our democracy and promote efficiency and effectiveness in Government.”

“Government should be transparent.  Transparency promotes accountability and provides information for citizens about what their Government is doing.” 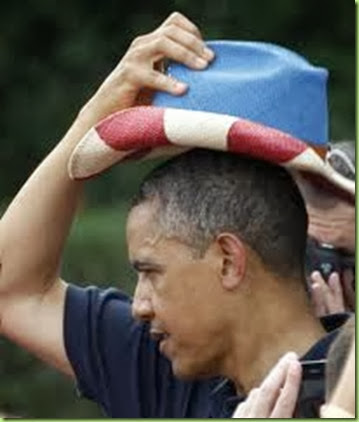 “I tell you what cowboy, how about you just get yer’self a lid, stick a feather in it and ride out of town on that little pony of yours.”

Is there any good news out of this administration, ever?

Not for Americans...the mullahs are happy though.

Well, wearing his new hat he can star in a documentary about his economic policies: “Broke-Barack Mountain”

Free Republic REALLY Needs & Appreciates Your Support!
We Need Free Republic Now, More Than Ever!
PLEASE Make Your Donation Today!
We're on the Homestretch!
LESS THAN $6.6k to GO!!!

Doesn't anyone in this administration know of a 'good used car salesman' ?
This agreement isn't worth crap , or the time devoted to arrainging it ! Oh , VJ was in charge of it ..; it looks more like a Kerry deal.

We get nothing ...
The Caliphate gains time and money..
Unfreaking believable !

The Islamic bomb will help give poor, third world minorities parity against the oppressive white imperialists, in the eyes of the Obama administration. Getting Iran closer to nukes while creating a smokescreen to the general American public to cover Obama’s true intentions is a smashing success. The Obama administration isn’t stupid when it comes to politics, their entire lives have been built around politics. They got what they wanted here, an assist to their ally Iran.

Democrats think doing this will make the Iranian government love us.

He looks like a crazy Congresswoman from FL with the red, white and blue hat.